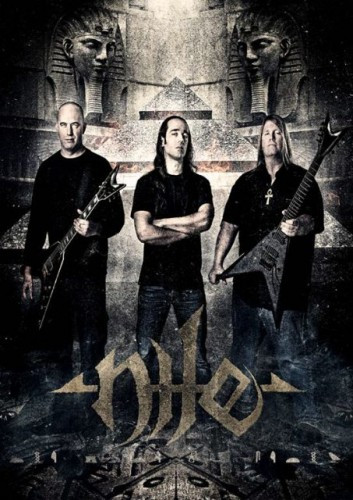 Last week we reported on the premiere of the first song from Nile’s new album, At the Gates of Sethu, which will be released via Nuclear Blast Records on June 29 (Europe) and July 3 (North America). The song is called “The Fiends Who Come To Steal the Magick of the Deceased”. At that point, it was exclusively streaming at Noisecreep.

But now, you don’t have to stream it any more, because Nuclear Blast is making the song available as a free download, in return for your e-mail address.  GO HERE to get the track for your very own. And in case you haven’t yet heard the song — which may not be exactly what you’re expecting from Nile, check it out on the player below:

One Response to “NILE: DOWNLOAD “THE FIENDS” FOR FREE”