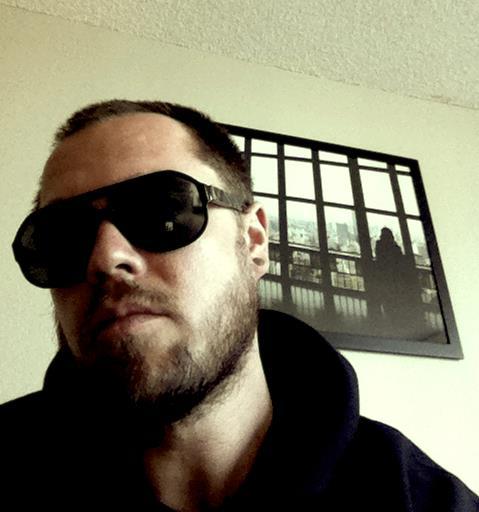 So if you’re looking for something with a lot more rock than metal, and don’t mind a host of clean vocal melodies, as well as a shovel-load of musical ambition and progressive intent, this could be the band for you. 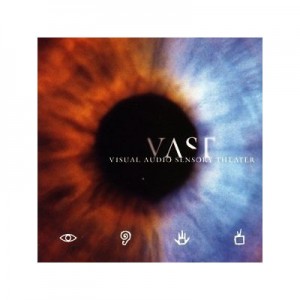 If you’ve ever wondered what Nine Inch Nails would sound like without the drugs but with a penchant for obscure world music and sampled folk instrumentation, then V.A.S.T.’s first album might be for you. The most “metallic” of their albums, with the subsequent records going for a more “electro-rock” or ambient sound, Visual Audio Sensory Theatre is a refreshingly cerebral experience, albeit one often married to some hefty guitars.

Their heaviest release begins with the throbbing, void-hymn of “Here”, all moody symphonics, grinding electro guitars, and pulsing beats, Crosby’s voice straddling the line between discontentment and disaffection. Follow-up “Touched” teases the listener with its strummed acoustic guitars and softly-spoken vocals, before a sampled choir prefaces the song’s electro-metal explosion, while Crosby’s forlorn vocals glide and swoop on angel wings, their fragility at odds with the song’s intensity.

“Pretty When You Cry” is a piece of Machiavellian art, sexy and danceable, yet dark and depraved. Crosby’s voice is smooth as silk, turning even the most sexually explicit language into something brooding and seductive. The song’s drum-machine pulses relentlessly, while oddly distorted guitars vie with whistling folk instruments and choral chants to add odd splashes of colour to the track.

Breathtakingly melodic, “Flames” is  an emotionally devastating ballad of weeping strings and delicately plucked acoustic guitar-work over which Crosby’s cracked and broken voice bleeds despair and loss in an expression of heart-felt longing, in marked contrast to a song like the feverish “Temptation”, which transforms from its trippy, acoustic opening into a looming wave of throbbing electro-bass and groaning, metal-edged guitars. The sexually-charged, dreamlike vocals have an undercurrent of barely suppressed menace, while hypnotic choral samples add to its dizzying dynamic. 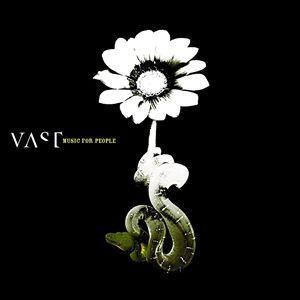 Taking a step away from the overwhelming darkness of their debut, Music For People sees V.A.S.T. take their industrialised world-music sound and add a dash of stadium-rock ambition to create an album of energetic suicide rock.

Full of catchy, stomping hooks, “Free” has the sort of swaggering riff and passionate vocal delivery that Metallica haven’t been able to summon since their Black Album days. The song’s priapic riffs, undulating bass-lines and pulse-quickening drums, all culminate in a massively infectious chorus that never wears out its welcome.

The languid acoustic guitars and mellifluous strings of “I Don’t Have Anything” act as the perfect accompaniment for Crosby’s lovelorn vocals, painting a picture of loss and acceptance amongst the chiming piano chords and flowing drum fills, while “What Else Do I Need” revisits the shadowy musical arcana of their debut, touching on the poppier side of Nine Inch Nails with its energetic drum beats, thrusting bass-lines and Crosby’s frail, crystalline vocals.

The calm, collected “Blue” has the fingerprints of The Beatles all over it, a jaunty tune that disguises its inner anguish with layers of swirling piano and haunting strings, culminating in a vast, 60’s –influenced chorus, equal parts prog ambition and pop nuance.

With an ethereal feel akin to early U2 meeting the death-like beauty of Solstafir, “Song Without A Name” conceals its down-beat roots behind up-tempo bass lines and rippling harmonic guitars, whereas by contrast “My TV And You” is an unashamedly depressing number based on narcotic ambience and barren vocal refrains. A reverberant, steady drum-beat holds the song’s disparate elements together, tying the subdued crackle of electric guitars, the technicolour virtuosity of the sampled strings, and the doomy vibe of the song’s industrial backbone.

Sample Song: “What Else Do I Need”

[audio:https://www.nocleansinging.com/wp-content/uploads/2012/06/05-What-Else-Do-I-Need-LP-Version.mp3|titles=VAST – What Else Do I Need] 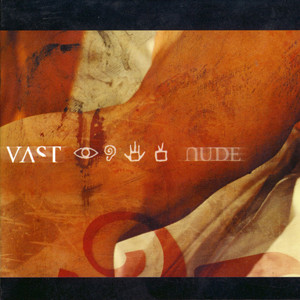 Drawing from a wider emotional palette than either of its predecessors, Nude serves both as spiritual successor to Music For People and confident expansion of the band’s musical and emotional foundations, ably served by a greater disregard for convention.

Opener “Turquoise” transforms from thrumming electro-bass and rattling snare into a skyscraping display of massive guitars and soaring vocal melodies, displaying the band’s newfound confidence and strength. The razor-sharp guitar harmonies shine with texture and light, as the song ebbs and flows with lunar magnificence.

The many-layered “Thrown Away” sees the group incorporating ululating folk voices, sharply strummed acoustics, and echoing electric guitars, bristling with emotion and energy, locked together by an unrelenting, cracking snare-beat, which segues into the piano-led “Don’t Take Your Love Away From Me”, a subtly powerful piece of balladic beauty, where layers of softly played drums and gorgeous, beguiling strings expand into a warm corona of grace and sadness.

“Be With Me” rocks hard, its hypnotic rhythms and captivating chorus riffs making for a stellar combination, while Crosby’s softly drawled vocals provide a melodic counterpoint to the crashing drums. Elements of the band’s international and indigenous influences weave themselves seamlessly into the track’s musical fabric, from choral voices to skittering pipes, wandering strings to nimbly dancing piano notes.

The rest of the album is full of variety and expansive musical expression, be it the cathedral of sound that makes up the haunting “Winter In My Heart”, or the BladeRunner-esque “Japanese Fantasy”. The bitter requiem of “Candle” is a sorrowful hymn which would make Anathema weep with equal parts jealousy and joy, while “Falling From The Sky” sees a return to the heaving electro of their earlier work, a bleak anthem of skyward-soaring dynamics, and rumbling, grounded bass-lines.

Sample Song: “Be With Me” 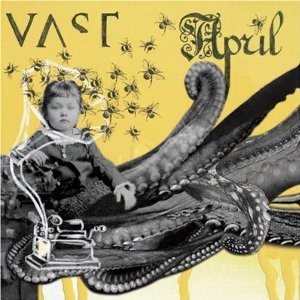 Something of a left-turn for the band, their fourth record is a largely acoustic, country-tinged affair, clearly the least rock/metal of the band’s albums, which places the onus on impressive, intelligent song-writing.

Though slower and more subdued, “You’re Too Young” isn’t too far removed from some of the songs on the band’s previous albums, its stripped-down structure serving to accentuate the emotional core of the music. Its wounded heart now fully exposed, the track bleeds depressed melody in a manner that would turn Radiohead green with envy.

Bare-bones and ethereal, “Dedicate (A Place For Me)” is disarmingly simple yet enigmatically complex, strands of melody and counter-melody woven together to form a rich, underlying fabric. The drums are restrained yet artfully played, whilst layers of guitars, strummed acoustic chords, and silken leads combine into a gorgeous symphony of light and shade.

Like many of the tracks here, “Sunday I’ll Be Gone” aches with space, where the group’s electronic and symphonic influences have been pared away, allowing for a different, yet no lesser, sense of drama to fill the void. Different, yet still the same, “Sunday…” is based on the same core of sublime acoustic guitar work and melancholic vocals that lie at the heart of even the heaviest of their material, showcasing the integral thread that binds them all together.

The punk-drunk storytelling of “Tattoo of Your Name” brings back some of the old excess, albeit in a different form. Shades of Johnny Cash colour a tale of love, murder, and betrayal set to some aggressively played acoustic guitar and a shuffling drum-beat, telling its story through layers of Americana folk-melody, a surplus of jangling guitars, bluesy solos, twisted chords, and wailing leads.

Without the symphonic embellishments and industrial backbone, the group had to refine their focus and playing even further on this album. These self-imposed restrictions have forced the group to take stock of what comprises the central tenets of their sound, meaning that in this case less really is more. 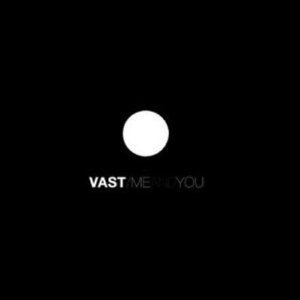 A companion piece to April, in a similar way that Nude served as a companion to/expansion of the sounds expressed on Music For People, with their fifth album V.A.S.T. slowly reincorporate more layers of their symphonic, classical embellishments and stronger, more vibrant melodies.

The staccato strumming of “You Should Have Known I’d Leave” plays off the track’s sharply played snare and hi-hat drumming, while the strings add another layer of grand, sweeping melody, and Crosby delivers his vocals in a stronger, yet always melancholic, tone.

Sun-kissed and gorgeous, “Here’s To All The People I Have Lost” is a paean to absent friends and lovers, continuing the group’s tradition of crafting heart-felt ballads, each with their own distinct musical identity.

Avant-garde and willfully obtuse, “I’m Afraid Of You” is a an odd, waltzing number of whispering guitar lines and romantic ambience, whose passionate vocals are almost lost amongst the colourful array of dramatic harmonies and grandiose, classical strings, while the ominous “You’re The Same” dips back into the well of depressive melody and off-kilter dynamics that made up such a huge part of Nude. Playing as much with absence as with presence, waves of ringing guitar notes ripple and shimmer atop a deep pool of nimbly played drums and tolling bass notes.

“Hotel Song” is another track where the fingerprints of the group’s earlier, more melodramatic, excesses can still be seen. Crosby’s voice is as strident and captivating as ever, while the instrumentation remains effortlessly restrained and expressive. The track’s chorus is brilliantly realised, bringing a truly human element to the proceedings, utterly honest and open in its execution.

Sample Song: “You Should Have Known I Would Leave”

[audio:https://www.nocleansinging.com/wp-content/uploads/2012/06/01-You-Should-Have-Know-I-Would-Leave.mp3|titles=VAST – You Should Have Know I Would Leave]