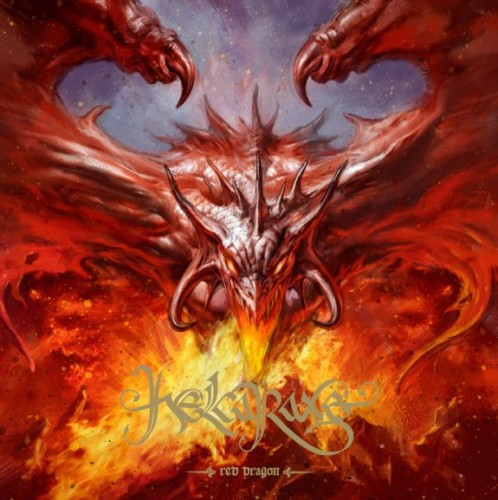 I didn’t find any definitive word about a release date, but I did find that Helcaraxë have recently uploaded their entire discography to Bandcamp, including a song-stream for four tracks off of Red Dragon — one of which (“Skin Changer”) features guest vocals by Mikael Stanne of Dark Tranquillity. So I listened to those four songs, and they support the EYE-CATCHERS hypothesis: This is a genuine bonanza. 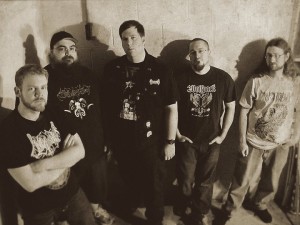 The genre-bending music creatively intertwines the sounds of old-school death metal (leaning toward the Swedish school of thought, as I hear it) with progressive, dynamic song structures and guitar/bass work and pagan/folk melodies to produce music that’s as constantly interesting as it is massively heavy.

Distorted, downtuned guitars grind away like tectonic plates colliding deep in the earth. The very active bass lines rumble like thunder in a heavy black sky. The drums boom like cannon fire and race like armored chargers. Dual guitar leads and solo’s spin out heathen melodies like flickering torchlight under the moon, or spew acetylene-fueled flame. Raw, bearlike vocals keep things voracious, sometimes mixing it up with yelled cleans and blackened shrieks. I’m diggin’ this mightily.

There are times when you’ll be tempted to brand this as Viking metal or Gothenburg-style melodeath, but I think you’ll ultimately reject both labels as way too simplistic, especially after you hear the off-the-hook instrumental extravagance in the title track.

If and when I find out when Red Dragon will be released, I’ll let you know, or you can follow developments at the Helcaraxë Facebook page.

Now we take a turn from the epic to the grotesque, with this very different but equally eye-catching cover art (for which I owe a big thank-you to NCS reader Black Shuck for sending my way): 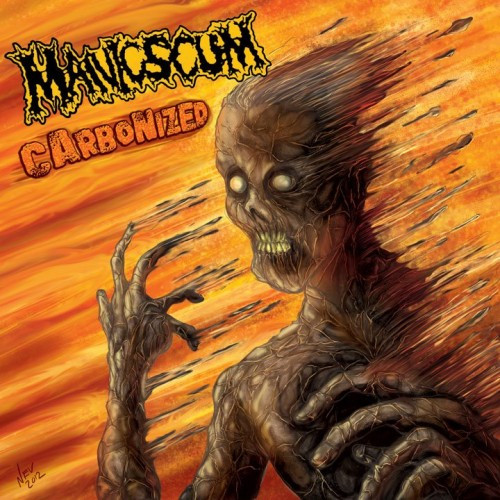 This ghastly creation is by an artist named Nev, whose Facebook page is here.

Manic Scum, of course, are another band who were unknown to me or they wouldn’t qualify for the EYE-CATCHERS experiment. It turns out they are from Kingsport, Tennessee, and the album art is for an EP called Carbonize that they’re planning to release in late July. 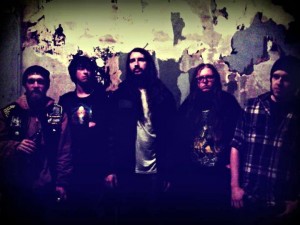 I haven’t heard anything from that release yet, but I did find their first EP (which was released not long ago), Better Left Undead. It consists of 7 tracks that collectively clock in at about 11 minutes. That should be your first clue: This is grind. More specifically, this is old-school deathgrind.

The music relentlessly puts your head to the grindstone with grisly, fuzzy, spinning guitar tone and clattering d-beats, letting up on the throttle here and there for some ghoulish trudging (and some nimble bass solo’s). The vocals are suitably hoarse and cavernous, though I’d like them better if they were less monotone.

I think Better Left Undead is a good start, and one that ought to generate some interest in Carbonize when it appears later this summer.