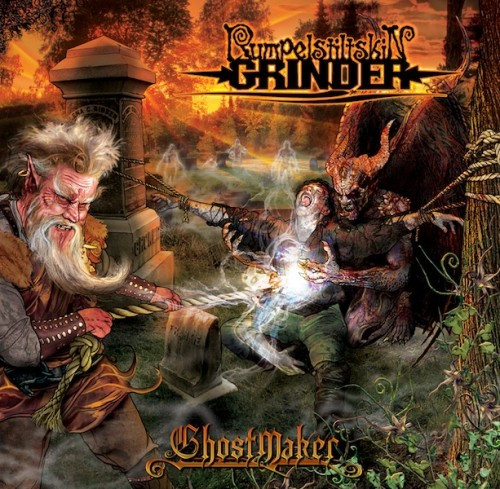 (I manipulated Phro into reviewing the new album by Rumpelstiltskin Grinder, because I can. Ghostmaker will be released by Candlelight Records on June 19.)

Islander sent me Rumplestiltskin Grinder’s new album Ghostmaker for review. As with most things our Glorious Leader does, no one really knows why he wanted me of all people to review it. But I did. I thought I’d share the experience with you. It went something like this…

The night is dark like the eyes of a blind corpse. The cold air dangles its long fingers from the sky and runs them listlessly through your hair and over your skin. The sound of a dog whimpering and choking on something fatty in the distance is the only noise in your ears aside from your throbbing heart and timid footsteps.

In your right hand is a bucket of goat cocks, pig testicles, horse vaginas, and frog eyes. In your left hand is a small shovel. And in your hip pocket is a Swiss army knife, because your father told you to always be prepared. You forgot your flashlight, though, because, let’s face it, no one’s memory improves much after a few dozen shots of Jack Daniels. Fortunately, the moon is full, and its obese, pimply face, glistening like a glitter-covered Santa Clause climbing a few flights of stairs, sheds enough light for you to see.

You’ve been walking for a few minutes, having parked your car at the edge of the cemetery, but soon you see what you’ve come for. The headstone is simple and uninspiring, and the name is illegible in this light, but, let’s be honest, it matters little who lies beneath.

You set the bucket down, careful not to spill any of its contents, and begin digging a small hole. After a few minutes, a hole no bigger than your head lies gaping in the fresh soil. From your front pocket you pull out a portable music player, set it on the head stone, and press play.

A maniacal imp with tiny, hairy testicles, a giant, warty dick, and hands the size of sledge hammers leaps from the speakers. Floating in the air above you, he pounds out a rhythm with his gnarled, green feet, sending undulating tremors through the air. His fists swing hither and thither throwing bolts of lighting with startling accuracy, their thunder claps rolling like waves of rattling spears. His sickeningly green eyes laugh as he opens his mouth. The death rattles of ancient deities of war, famine, lust, and jealousy flow out of his throat and clamor through your ears.

As your ear drums explode and spray blood as if from a fire hose, you fall to your knees and scream only to be drowned out by the howling shrieks of harpies swooping out of the sky to tear at your face. The floating imp dances ever more furiously, his cacophony so loud it could nearly rend the planet. With a cackle as melodic as it is fearsome, he directs the harpies back and forth, and they rake your body with the marks of their flashing talons.

At last, with a great heave and a ho, he flings the harpies back into the sky and they disappear. With nary a moment of hesitation, you grab the bucket and pour its contents into the hole. You look up to see the imp giggle lustily and splash your face down into the warm, gooey mess. You count to 6 and when you pull your face out, you shudder to see that the whole world has burst into flames. The headstones around you crack and fall to dust and from graves the rotten hands of the dead scratch their way to the surface.

Your mind splitting like the atoms of a hydrogen bomb, you scramble to your feet and flee. All around you, the world trembles as the imp gives chase, his every footfall sending out deep, booming waves of blistering sound. You come to the treeline surrounding the cemetery; they are miraculously yet unmarked by flame or destruction. But as you run through them, their branches turn to rusted swords which clang and shriek as if a battle between undead armies is raging over your head.

Breaking through the treeline, you think you are free and spare a moment to laugh.

“HAHA! I have escaped the Imp of the End of Days!” You scream into the deafening winds.

But your joy is cut short when the imp taps you on the shoulder and you turn to see his toothy grin as a herd of flaming elephants tear through trees. Their trumpeting voices echo through your chest as they crush you under their fat feet and impale you on their tusks. But luck saves you and they mercifully lose interest and tromp off into eternity.

Finally, as the winds subside and the roaring infernos settle to mere crackling blazes, the imp stands before your broken, bleeding, battered and flattened body. He leans down next to your ear, stroking his bloated, pus-covered cock, and asks you if you enjoyed your play time. You stare into his wild, bulging eyes and gasp out a meek but definite yes. 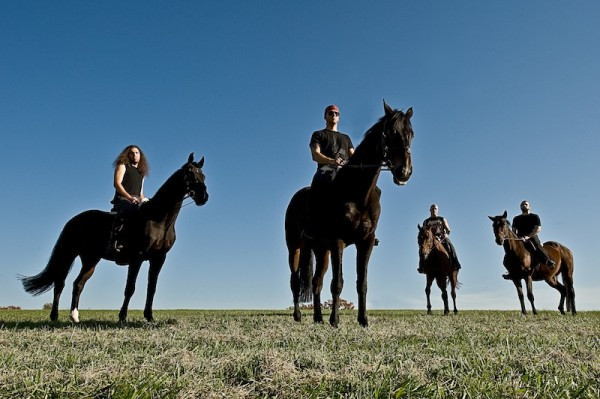