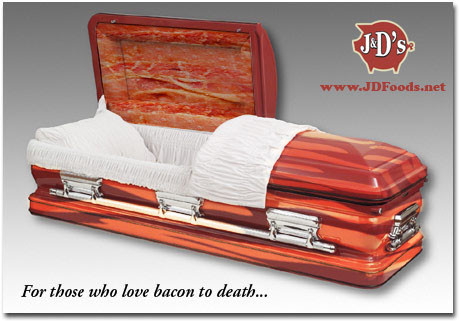 Greetings brethren and sistren, ’tis time for another edition of THAT’S METAL!, a rare mid-week edition, in fact. For the uninitiated, these are posts in which we collect videos, photos, and news reports that cause us to think, “Shit, that’s metal!”, even though it’s not music. Here we go . . .

I know this is a matter of taste, but in my opinion, everything tastes better with bacon on it. Such a sentiment will be offensive to vegetarians, animal rights advocates, nutritionists, gourmands, and people of advanced intellect everywhere. Even though I am not a person of advanced intellect, I am also conflicted in my feelings about bacon for many of the same reasons that cause offense to all those people. However, it just tastes too fuckin’ good for me to alter my own behavior or personal taste!

And by sheer happenstance, I came across several bacon-related items in the past couple of days, which I interpreted as a cosmic message to baconize NCS in this THAT’S METAL! installment. The first item is above (via Presurfer). You can buy it for $2,999.99 from the Everything Should Taste Like Bacon web site, run by Seattle-based J&D Foods, the same company that gave you baconlube (bacon flavored personal lubricant). It’s advertised as follows:

“Is there a better way to show your love of bacon forever than to be buried wrapped in it? We don’t think so. This genuine bacon casket is made of 18 Gauge Gasketed Steel with Premium Bacon Exterior/Interior, and includes a Memorial and Record Tube, Adjustable Bed and Mattress and Stationary and Swingbar handles. It also includes a bacon air freshener for when you get that buried-underground, not-so-fresh feeling.” 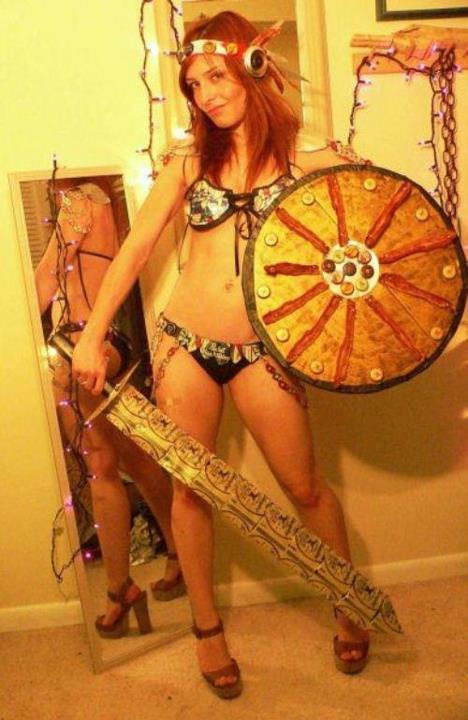 However, as metal goes, I think this trumps the chick with the Viking bacon shield: 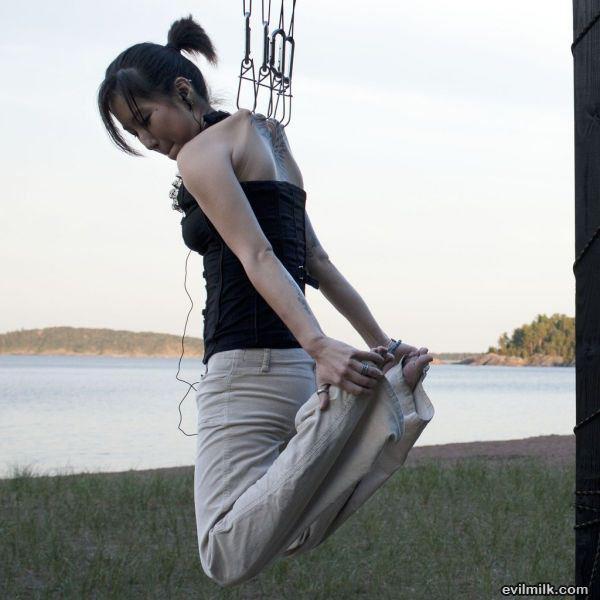 Gives new meaning to the phrase, “just hangin’ out”. I wonder what she’s listening to? Something soothing and dreamy like Devin Townsend’s Ghost, or something brutal like Cannibal Corpse? And most of all, I wonder why in the name of holy fuck she is doing this.

Thanks to Ben C. from Church of the Riff, I saw this ad (via The Consumerist) for the latest food treat from Burger King: 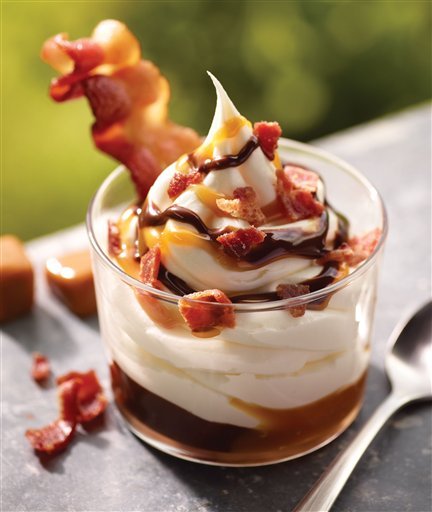 This is the new Bacon Sundae, which includes fudge, caramel, crumbled bacon, and a full piece of bacon. Oh yeah, there’s ice cream in there, too. It has 510 calories, 18 grams of fat, and 61 grams of sugar, but who the fuck is counting?

I gotta say, this is really testing the reliability of the “everything tastes better with bacon” principle. But I’m really tempted. Really. Tempted.

Okay, enough with the bacon. But not enough from Ben C. He sent me links to the following photos. They’re from a series of portraits entitled BLOW JOB (fuck yeah!) by Lithuanian photographer and artist Tadao Cern. And no, these do not capture the reaction of hipsters upon listening to Marduk’s new album with the volume cranked to 11, or to episodes of demonic possession (which really amounts to the same thing). They show people enduring gale-force winds directly to the face. 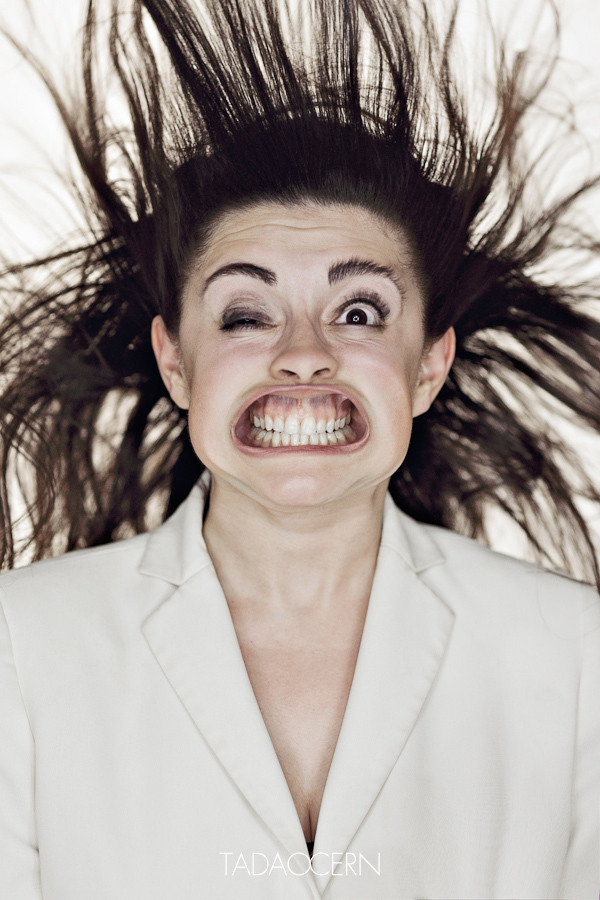 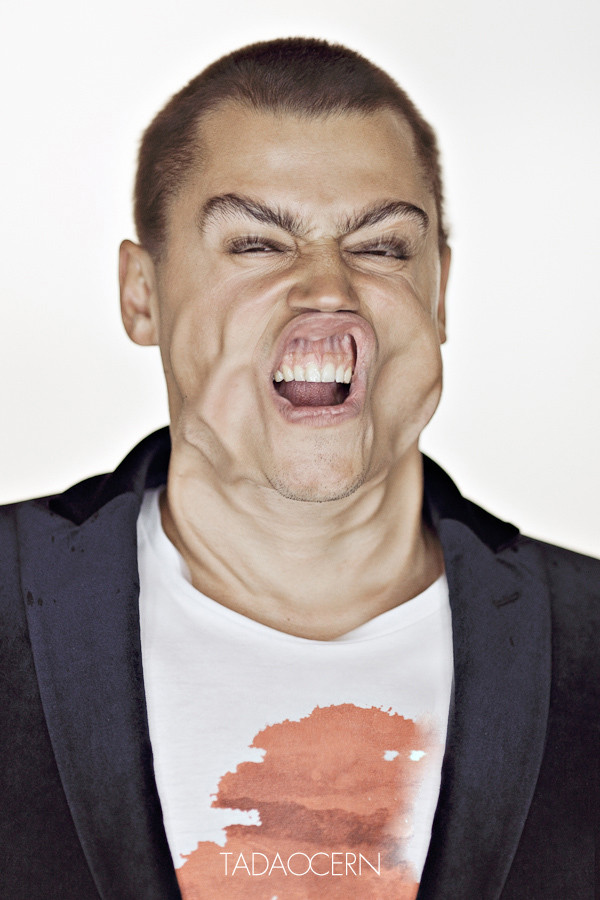 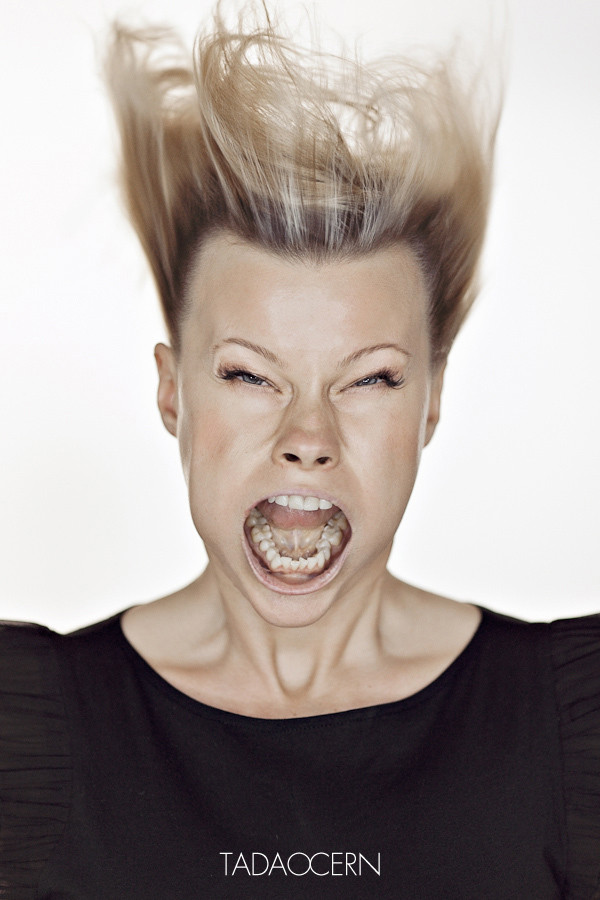 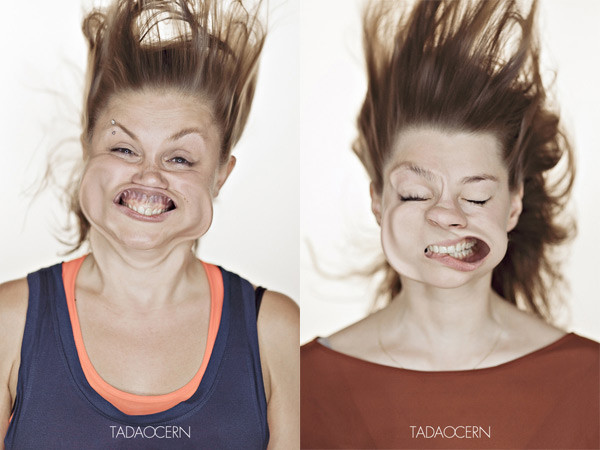 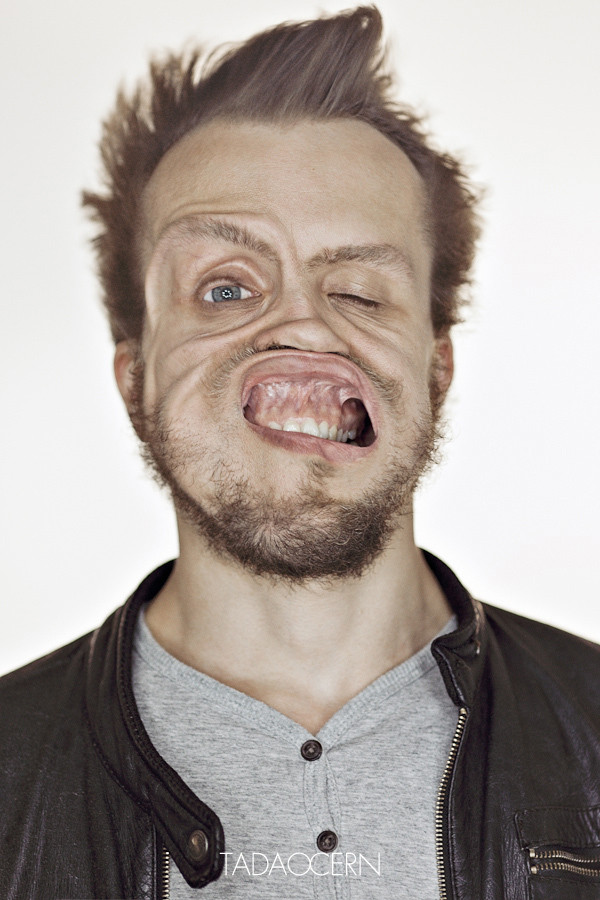 Tadao Cern has taken 100 portraits so far. If you need more gale-force metal hilarity, you can go here to see the rest of the portfolio.

Time for some video candy. Astronomy Photographer of the Year Tom Lowe has made his first movie, which is called Timescapes. It features stunning slow-motion and timelapse cinematography of the landscapes, people, and wildlife of the American Southwest. Lowe spent 2 years roaming the region in his Toyota pickup truck shooting the film. It was shot, edited, and color-graded at 4K resolution (4096 x 2304 pixels), and Lowe says it’s the world’s first movie to be sold to the public as a 4K file. He is selling the movie HERE.

Trailers for Timescapes have been released previously while the movie was in production, but this is a new one, which fuckin’ blew me away.  Definitely metal.

Look at this. It looks like a painting. It isn’t. 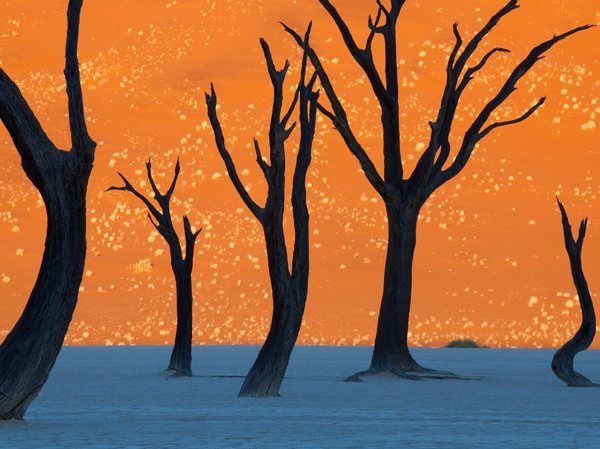 This is a photograph of camel thorn trees in Namibia taken by photographer Frans Lanting and published by National Geographic about five years ago. Using a telephoto lens and positioning the trees against a sunset-illuminated giant sand dune, Lanting created something quite amazing . . . and to my way of thinking, what he accomplished is metal. Here are more shots taken by other photographers in the same setting that look more like photos and less like paintings, just to help prove that this is a real place: 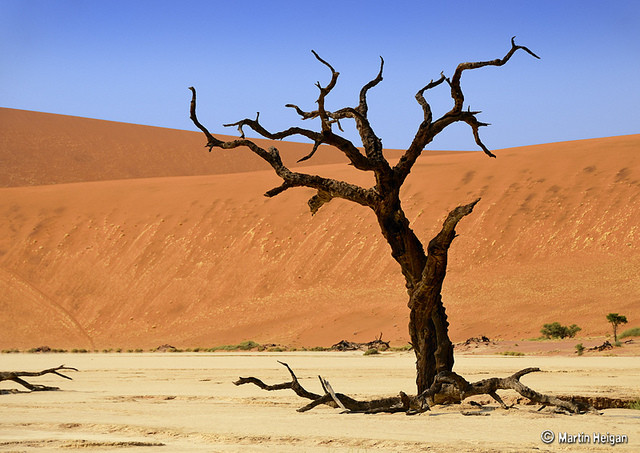 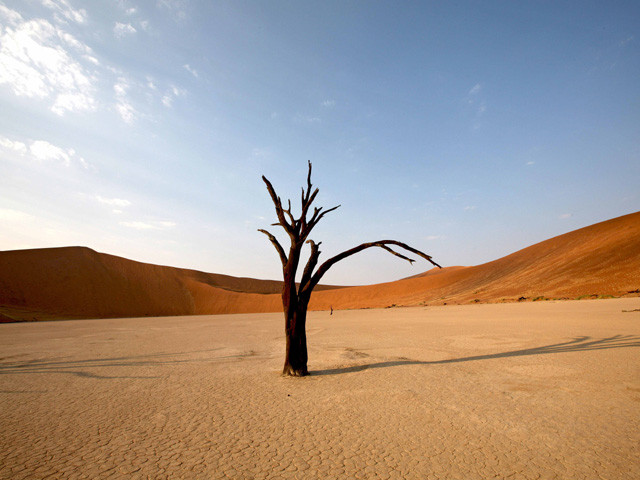 Time to wrap up this edition of THAT’S METAL!

Mount Nyiragongo is a volcano in the Republic of the Congo in Africa. The main crater is about two km wide, and in the middle of it is a lake . . . a lake of lava. When the lava overflows the rim of the lake, it can move very fast — as fast as 60 mph, and this makes it the fastest flowing lava in the world.

This seems metal to me, because it’s fiery, hellish, destructive, and beautifully untamed.

The following video shows a scientist approaching the rim of the lake to collect lava samples and take photos. This is a close call — it’s either metal or it’s a Darwin Award candidate in the making. But it’s probably both, because we all know that ridiculously stupid, like-threatening acts are also metal. Check it out (via TYWKIWDBI):