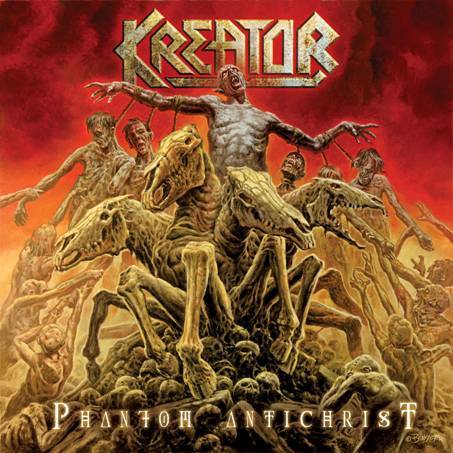 (To start off our week, TheMadIsraeli reviews the lucky 13th studio album from Germany’s Kreator.)

Why the fuck do I seem to be in the minority for liking thrash metal in today’s scene?  I think people have gotten too spoiled on pretentious, boring, modern metal like post-SYL Devin Townsend and Between the Buried and Me to realize what brutality or savagery is any more.

Thrash metal IS metal at its very core.  It captures the essence of it, quantifiably, in such a way that I don’t understand how anyone could dislike it.  The dislike of the vocals especially baffles me.  Yeah, thrash vocalists who actually try to do bullshit like sing need to get the fuck out, but it’s beyond me when people fail to see the rabid ferocity in, like, you know, SCREAMING AT THE TOP OF YOUR LUNGS AT THE RISK OF COMPLETELY DESTROYING YOUR VOCAL CHORDS!

Anyone who is willing to put their voice on the line for metal earns my seal of approval.  What thrash vocalists such as Tom Araya do can’t be buffered all that much by technique.  It’s the very reason he and some others sound like shit nowadays.

Mille Petrozza, though, has somehow managed to keep shrieking like a banshee without an end in sight and has never lost a bit of the venom in his voice.  On the riffing front, his sword has also not dulled one iota either.  He’s persisted against all odds with Kreator, who really, at this point, are just Mille and company in my view. 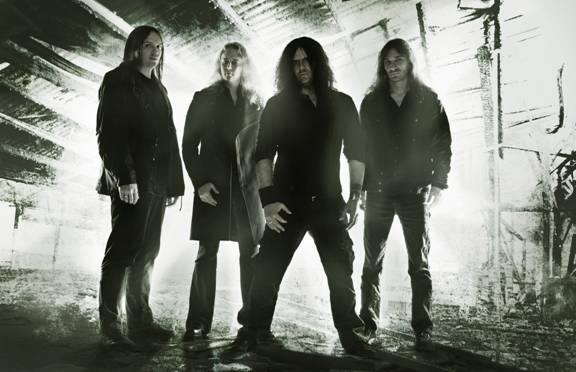 The man has been willing to go through some bold experimentation. Even if the band DID suck immense ass at one time (Endorama anyone?), once Mille decided to overhaul Kreator’s sound in a seemingly permanent direction with Violent Revolution, he’s proven that the Kreator name is more than viable in the modern metal world, and in some ways he’s kept it ahead of the curve.

The interesting mix of late-80’s technical thrash and mid-90’s melodic death metal really took off with Enemy of God.  Hordes of Chaos saw only further evolution of this new Kreation (hur hur, see what I did there?), and it goes without saying that Phantom Antichrist is accelerated excellence at its prime.  This IS the band’s best album since their heyday. It has really floored me with how well composed it is.

Really, here’s the key: This album pumps out quality riffs by the second.  Riffs that tear you asunder like a hailstorm of shurikens from above.  I would wager that Mille woke up one day frothing at the mouth with piss and vinegar and decided that Kreator hadn’t quite melted enough faces.

The album’s opening instrumental “Mars Mantra” is a bit deceptive, with its sober, morose, clean intro and eerie chanting over the music.  Once the distorted guitars kick in, the mood turns heroic, triumphant, and defiant all at once.  The way this anthem-like piece of metal might slithers its way into the album’s official opener (the title track — this seems to be a fad lately) really amps you up for the devastation to come.

The riffs are blistering, intelligent, and caustic, while Mille is at it again with his venomous snarl and rabid howls.  His vocal delivery has such unbending conviction that it carries the teeth of wolves, sinking into your skull.

“Death to the World” delivers an even harder dose of lethal riff poison with sharp, cutting, pedal-point riffage that has a prominent melodic death metal vibe.  The best part of the song for me, however, is the post-solo dual-guitar theme played by Mille and co-guitarist Sami Yli-Sirniö. 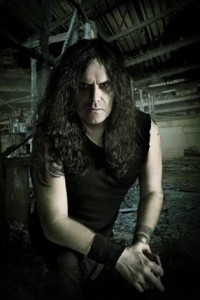 “From Flood Into Fire” is an odd anthem-like piece that carries (for this band) a very weird humanistic message.  Subdued riffs and an emphasis on melodies driven by leads are mainly what’s served up here.  However, the band break into an octane-fueled firestorm in the middle of the song’s second chorus, with Sami bringing the shred.  The second solo when the song slows back down, however, is really the high point, showcasing the wisdom of the decision to bring Sami in as the band’s second guitarist following Violent Revolution.  The chorus, as full of ham and cheese as it is, also happens to be stupidly catchy.  Good stuff.

“Civilization Collapse” is undoubtedly my favorite song on the album.  The riffs are just downright legendary, piercing through to the bone, and the frantic, Death-like song structuring doesn’t hurt either.  The intro screams of melodic death metallers Amon Amarth, but careens itself into a melodic thrash fest that is both technical and hard-hitting.  The tempo and overall feel changes again for the song’s climatic chorus.  The finale of this song is also quite powerful.  A simple, ballsy riff that is accompanied by some kind of tribal percussion in back that ends in the explosion of an explosion.  Bad-fucking-ass stuff.

The rest of the album is pretty business as usual from here on.  I mean, it’s dynamic thrash with tons of good riffs, epic melodic sections, and abounding shred. It’s everything this style should be.

I got the pre-order of this album that came with a DVD that included a documentary of the making of the album along with an excellently filmed and mixed show of songs taken from Wacken 2008 and 2011 performances.

The documentary, “Conqueror Of The Ice”, gives a pretty good insight into the nature of this album and how the band viewed it.  Phantom Antichrist, to them, marks the height of the sound they’ve been carrying since Violent Revolution, and while it is the natural progression of the sound, it is also a celebration of it.  This album definitely has something of an adventurous and right-at-the-edge-of-cheese vibe to it, but one that I find immensely enjoyable and gripping. These are merely layers added on top of the complex yet vicious creature that is Kreator.

The mixing by Jens Bogren is superb, providing plenty of punch and grit with the bass frequencies sitting at exactly the perfect spot.  This is one of the most solid, in-the-pocket kick-drums I’ve ever heard in a metal album, by the way.  It’s audible enough to provide the punch behind the napalm-spraying riffs and avoids the trap of being either too clicky or too rumbly.  It has a fat impact that really emphasizes the militant attack the band has designed.

The performances are fantastic, as always, although Kreator isn’t about any stand-out members so much as the product of four dudes becoming one sonic session of knife torture.  They’ve been one of the few thrash bands who have kept the flame alive, as it were, alongside countrymen Sodom and other old-school bands who got the recognition shaft, like Forbidden and Artillery.

Kreator, though, like Sodom (or even their other countrymen Destruction) seem to be one of the few old-school thrash band with a set of balls left on them.  Don’t get me wrong, the music of the other bands mentioned is great, but Kreator still deliver a fatal impact, as if still living the days of Pleasure To Kill.  The only difference is it’s a calculated bludgeoning as opposed to a berserker rage.

I’ll have to wait out the year and see.  This might be a top 10 of the year for me, though I’m not sure.  I DO know one thing, though:  This album kicks serious fucking ass.

EDITOR’S NOTE: Phantom Antichrist is out now on the Nuclear Blast label, and can be ordered here. Kreator will be rampaging through North America this fall on a headline tour supported by two other excellent bands, Accept and Swallow the Sun.  Here are the dates and places, after which we have a song: