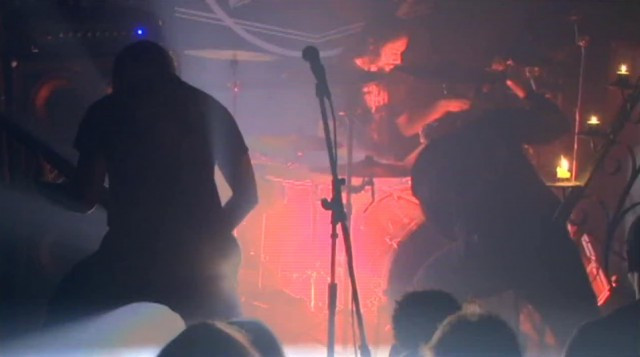 May infernal blessings be upon the head of (((unartig))).

Near the end of their recent U.S. tour, the UK’s Dragged Into Sunlight performed a live set at Saint Vitus in Brooklyn, New York, on June 14, 2012. (((unartig))) was there and did his usual fantastic job filming and recording the sights and sounds of this live ritual.

DIS didn’t come close enough to Seattle for me to see them, but this just-released video of the band performing “I, Aurora” from Hatred For Mankind (2009) gives me a sense of what I missed. Amazing song, awesome video. The obliteration of souls into black shards, with rhythm. The boiling of human meat into a slew of suppurating sludge, with flair. Dragged into darkness by your hair and teeth, and willingly.

Summon up your strength and watch “I, Aurora” after the jump.

Dragged Into Sunlight – I, Aurora from (((unartig))) on Vimeo.

2 Responses to “DRAGGED INTO SUNLIGHT – LIVE”