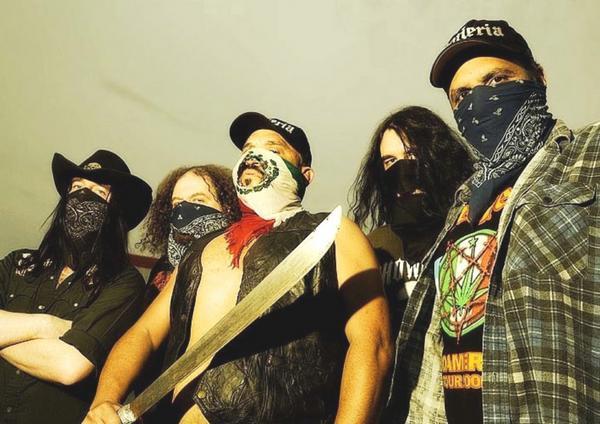 But the line-up seems to be fluid — including from time to time people like Jeff Walker (Carcass), Shane Embury (Napalm Death), Raymond Herrera (Arkaea, ex-Fear Factory), and Nicholas Barker (Lock Up, ex-Dimmu Borgir). Also, the members of Brujería wear masks and portray themselves as Mexican drug lords who use nicknames to keep their identities secret, so yeah, it’s hard to know.

Brujería’s music is nuts — part death metal, part grindcore, part narco-correa. And, as it turns out, part electro-pop, at least on this song I just found. “Don Quijote Marijuana” isn’t on any of Brujería’s albums. It appeared on a 1999 compilation called Spanglish 101 from a label named Kool Arrow Records, which was created by Brujería. The band made a video of the song, and this is it:

Just in case you get the wrong idea about Brujería from this music, here’s another video, for “La Ley de Plomo” from Raza Odiada (1995): 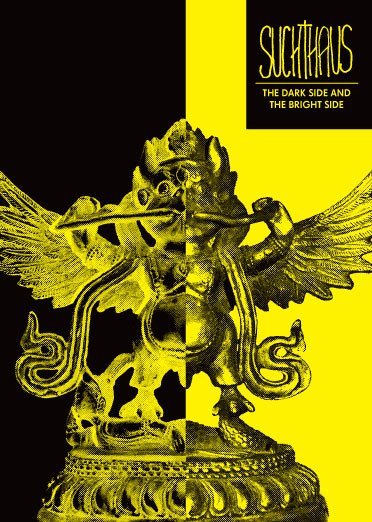 SuchThaus is a band created by a sculptor and stage designer who calls himself  Spacebrain, along with a collaborator who goes by Fruen, and they’re joined by a shifting group of guests. The latest release is a debut album named The Dark Side and the Bright Side, which appeared in December 2011 on RollAbigone Records.

One of the songs on that album — “DownTown Train” — includes two notable guests: vocalist Maniac, who was a founding member of Mayhem and is now in Skitliv, and one of the best drummers in metal, Mayhem’s Hellhammer. SuchThaus have just released a video for that song, which stars Maniac “as the Jesus-loving white trash main character” in the video (I’m quoting from a press release).

I watched this mainly because of the association of Maniac and Hellhammer on this song, but Hellhammer’s drumming is nothing like what you’ll be expecting, though it’s still fascinating. The song and the video together make for a strange, hallucinatory trip.  I kept waiting for the music to explode. It doesn’t.  But I liked it anyway.

Here’s a SoundCloud player with four tracks from The Dark Side and the Bright Side, including the track featured in that video. The music makes me feel drugged and funky and groovy and jazzy and headbangy, depending on the track, and sometimes all at once. It also kind of makes me want to take my clothes off, but not to dance on a bar. I especially recommend the track labeled “2”.

The album as a whole is available on iTunes. Below the SoundCloud player are band links. 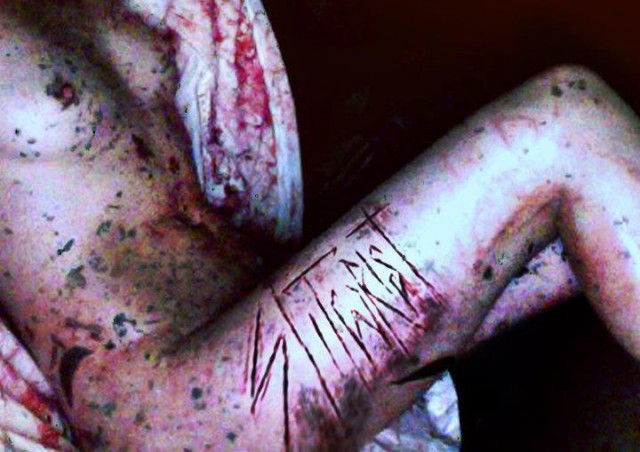 Slitwrist are a new band, formed only this year, and dedicated to the creation of suicidal depressive black metal.  They’re working up to the release of a debut EP titled Agonizing Age. I paid attention to them because Sorceron (Abigail Williams) plays bass, guitar, and drums, on one of the EP’s tracks.

Yesterday, Slitwrist released that song for streaming. It’s called “Epitaph”. This comes on the heels of another track, “Age of Agony”, which went up on YouTube earlier. Slitwrist take you swimming in black waters, floating in a turbulent dream, with a bloody rain falling. The music is hypnotic, beautiful, and yet scarring. I want to hear more — and I hear through the grapevine that Slitwrist are re-doing some of the existing songs and working on new ones.

To find out when this EP drops and how to get it, check out the Slitwrist Facebook page. Or just continue reading NCS, because I’m sure I’ll be writing more about this band after there’s more to hear.