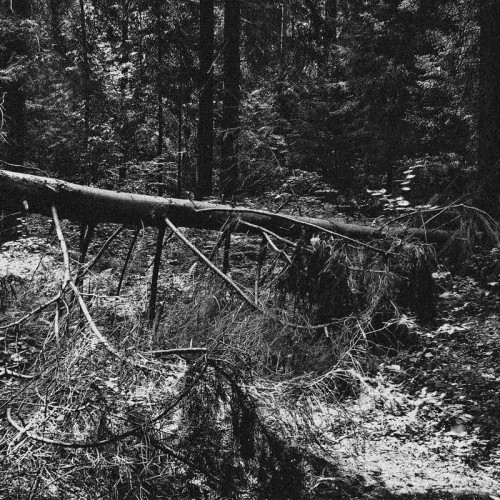 Void Forger are a relatively new three-person band based in Bucharest, Romania, who contacted us recently with a request that we give their music a spin. They have a three-song demo called Ruined that’s available for streaming and free download at Bandcamp — and it’s a very pleasant surprise. The music has gravity, in two senses: (a) it’s heavier than a semi-truck loaded with concrete girders; and (b) both in its compositional elements and in its performance, it’s serious work that’s worthy of respect.

The music is also difficult to categorize. It’s a dark storm of doom and sludge punctuated with flashes of up-tempo grind, crust, and freaked-out noize, with the bleak atmospherics enhanced by cavernous, roaring vocals that barely sound human.

“Pointless Media” moves from doomy pound and crash to a rolling gait, interrupted by a flaming burst of grindcore-like mayhem before settling back into that black, grungy roll, the distorted guitars moaning  a diseased melody.

I’m a sucker for a heavy-assed bass solo, and we get one right near the beginning of “Relief” and then again later in the song. The music staggers and lurches and erupts in whirling frenzy, with a variety of guitar leads and solo’s enhancing the changes in momentum. It’s the most melodic of the three songs, and has become my favorite. 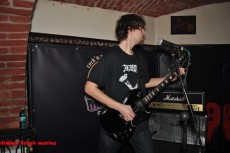 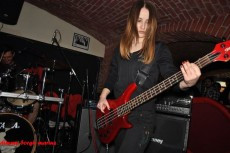 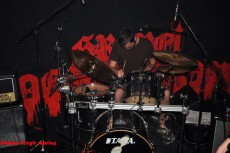 “Automation” is the most consistently funereal of Ruined‘s three tracks. Slow, sick guitar chords ooze with disease, wallowing like some corpulent, leprous beast, and the drummer crashes the cymbals and pounds relentlessly in a dirge-like rhythm. About two-thirds of the way through, the percussion builds in intensity and the guitars go batshit crazy in an effusion of feedback-laced noise. Only in the last minute does the band bolt forward into a kind of gore ‘n’ roll rhythm before the whole thing collapses in a spray of shrill distortion.

To download the Ruined demo, visit Void Forger’s Bandcamp page here, or use this direct link, which appears on the Bandcamp page:

Void Forger have a Facebook page at this location. And if you’re interested in a second take on this demo, check out Full Metal Attorney’s brief review (hint: he gives it 4.5 out of 5 stars).

One Response to “SHORT BUT SWEET (AND FREE): VOID FORGER – “RUINED””