These are short notes about things I saw and heard over the last couple of days that I couldn’t make room for in any other post. And yes, I’m trying out yet another title for these posts. I confess that I’m still partial to “Brain Fuckerings! I Haz Thems!”, but the search goes on . . . In this post: Ensiferum, Testament, As I Lay Dying, and Beherit.

I saw the artwork above. It definitely caught my eye, (a) because it’s for Ensiferum’s new album, Unsung Heroes, and (b) because it depicts the wise, godlike Väinämöinen from the Finnish Kalevala epic in gorgeous reddish colors with a forest and a lake and a vaulted sky of stars. Also a sword, a shield, and . . . what the hell is that thing he’s holding?  A harp of some kind perhaps?

Anyway, it’s a damned epic cover, and I expect no less from the music. The album will be released on August 27. As previously mentioned on this site, it’s available for pre-order at Finland’s Record Shop X (here), which ships worldwide.

I also heard a new song from Testament’s next release. It’s called “True American Hate”, and it will be on the group’s forthcoming album, Dark Roots of Earth, which is due on July 31 from Nuclear Blast Records. It includes kickass cover art, too. We featured it once before, but one good turn deserves another . . . 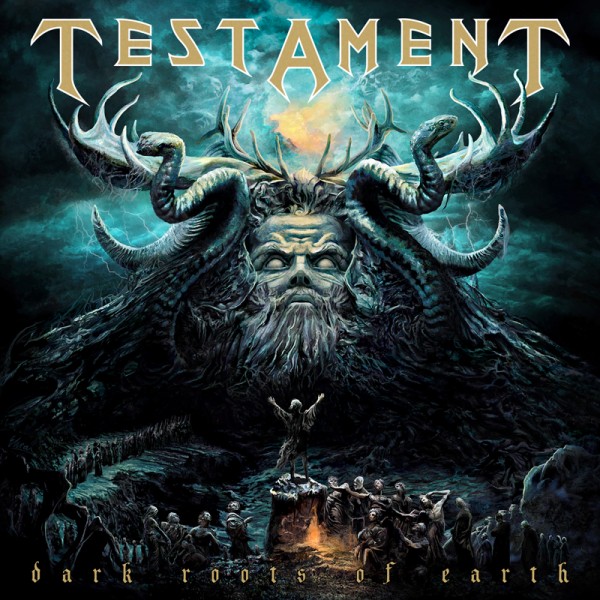 If I must listen to thrash, and periodically I must, then Testament is one of the bands to whom I’ll usually gravitate. I like the squirmy guitar leads and soloing in “True American Hate”, and the catchy melody, and the throaty vocals, and even the gang shouts. Of course, it’s got some head-bobbing riffs going on, too.

There’s not one thing ground-breaking about this song, but then again, when has there been in thrash? Still, it’s Testament and it’s fun . . . 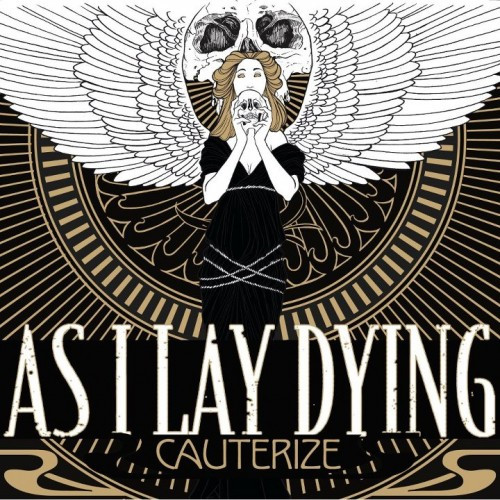 AS I LAY DYING

I saw that Metal Blade released a new single by As I Lay Dying — “Cauterize” — and made it available for free download for a limited time (it’s now being sold by digital retailers). And then I saw that today a lyric video for the song was also released. As I Lay Dying and I go back a long way — not that they know me from Adam, but back when I listened to a lot more metalcore than I do now, they were one of my favorites. So, I listened to “Cauterize”.

It brought back memories, and it also got my blood racing with a nice combination of jolting viciousness and clamoring melody. Again, there is not one thing ground-breaking about this song. And again, I had fun, so there. “Cauterize” will appear on the band’s next album, Awakening. 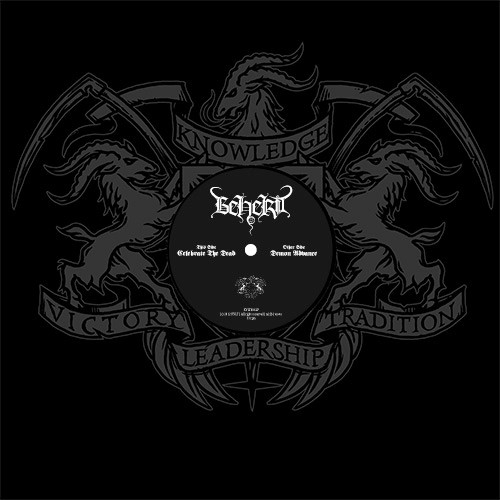 I saw that legendary Finnish black metal band Beherit had released a vinyl EP in May (on the Kvlt label) called Celebrate the Dead, and that someone had recently uploaded both the tracks to YouTube for streaming.

Both songs are long. “Demon Advance” clocks in at more than 13 minutes. It is apparently the original demo version of a song from the band’s 2009 album, Engram. The second track, “Celebrate the Dead” is 16 minutes long, and that’s the track I heard on YouTube.

I didn’t really know what to expect, but I was still surprised. The song retains something of the ritualistic aura of black metal but few of the musical characteristics. It’s much more of a hypnotically ambient, electro work. The first segment sets up a metronomic bass and drum rhythm as the foundation for an alien-sounding guitar to weave a strange caustic spell, ebbing and flowing with a Doppler effect, and accompanied only briefly by ghostly whispers, synthesizer noises, and an eerie keyboard melody that comes and goes.

In the second movement, the guitars slowly fall away, leaving the field to another methodical drumbeat and layered synthesizer notes and chords that generate a classical ambience, albeit one with an equally strange, eerie atmosphere. In this part, the music is accompanied by shamanistic clean vocals.

This music is not easily accessible, or maybe it’s accessible but the room you’ve entered doesn’t look like much of anything you’ve seen before. I found it to be a fascinating fusion of ideas — so I’m including it here, as well as the EP’s other track:

11 Responses to “BEARING WITNESS TO THE PROWLINGS OF THE BEAST”