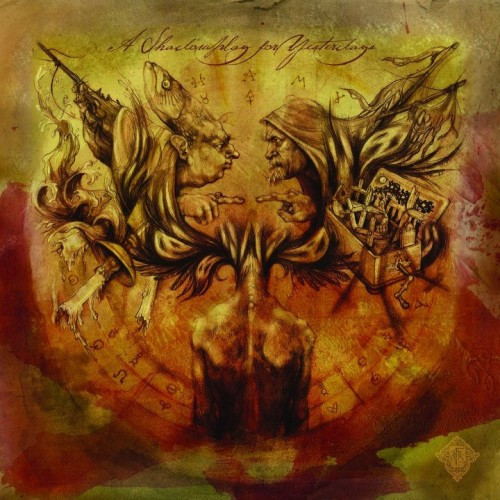 A Forest of Stars (or more precisely The Gentlemen’s Club of A Forest of Stars) is a 7-person UK band whose music I haven’t previously explored, though their name is wonderful. My ignorance about them vanished rapidly today. They’ve collaborated in the creation of a new music video that’s probably the best one I’ve seen this year. I have a difficult time imagining that it will be surpassed.

The video is for a nearly 10-minute song called “Gatherer of the Pure”, which is drawn from the band’s new concept album A Shadowplay For Yesterdays. The album is scheduled for release on August 13 by Lupus Lounge / Prophecy Productions.

The music is a kind of very eccentric black metal. In keeping with the Victorian garb of the band members and their archaic names (e.g., “Mister Curse”, “The Gentleman”, “Katheryne, Queen of the Ghosts”, “Mr John “The Resurrectionist” Bishop”), the song sounds like history re-imagined — an occult conflation of the old (and odd) and the new.

The music is sometimes symphonically bombastic, sometimes waltzing, sometimes skin-scaping, and much else besides. It tells a story. I don’t know that from the lyrics, much of which I can’t make out, but the mere progression of the music makes that undeniable.

The animated video tells a story, too — a very dark and dramatic one. Visually, it’s stunning — no other word for it. It’s like watching the Indonesian shadow puppet theater called wayang kulit set against a backdrop of Victorian London and seeing it through a 19th-century stereopticon (don’t ask me where I pick up all this trivia). The visuals are so amazing that they almost overshadow the music, though I think that’s because what you see and what you hear mesh so seamlessly.

The video was imagined and created by Ingram Blakelock. To find out more about him, click on his name (it’s a link). As for AFOS, their Facebook page is here and they have a remarkable interactive web site, which I highly recommend visiting, at this location. The new album is available for pre-order via this link.

Okay, now on to the video. I strongly recommend you watch this on the biggest monitor you can find, set the resolution to HD (though it looks great even at lower res), and take it to full-screen mode.

8 Responses to “WATCH ONE OF THE BEST VIDEOS OF THE YEAR: A FOREST OF STARS — “GATHERER OF THE PURE””