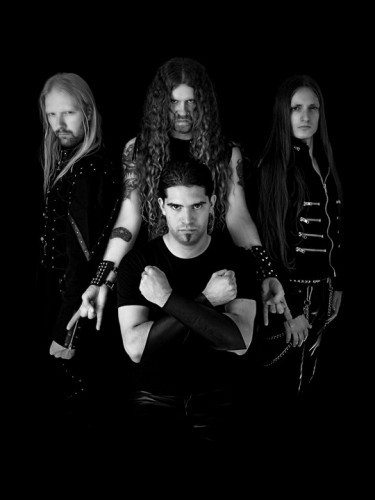 (In this latest edition of THE SYNN REPORT, Andy Synn reviews the discography of Devian, with musical accompaniment, of course.)

OK, so the last edition of The Synn Report clearly only touched a nerve with a minority of you, and that’s okay. These are all bands that I love that I want to give a shout-out to, I don’t expect everyone else to love them. But I can pretty confidently predict that more than a few of you will fall balls-deep in love with these guys…

Sadly no longer a unit, Devian were conceived in 2006 by ex-Marduk members Emil (drums) and Legion (vocals) along with several other members of the Swedish underground scene (including, at one point, ex-Edge of Sanity and current Scar Symmetry vocalist Roberth Karlsson). Between 2006 and their eventual dissolution in 2011 they produced two killer albums of blackened death metal with a distinctive thrash edge and a keen ear for razor-sharp melody.

Bring on the blasphemy! 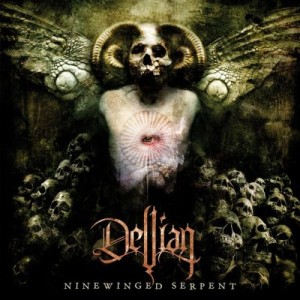 With a thick, nasty guitar tone that practically drips blood and gore, Ninewinged Serpent is a glorious statement of intent by the band, filled to bursting point with glass-chewing vocals, skin-flaying riffage, and punishing, neck-snapping rhythms.

The meaty, murderous “Dressed in Blood” gets the album off to its real start, all stomping death metal drums and driving thrash riffage, punctuated with needle sharp solos and Legion’s bestial growl, while “Heresy” delivers gut-wrenching grooves and menacing black metal misanthropy.

Emil’s drumming gives every track an unbreakable backbone of power, his booming kicks and shattering snare cutting through the bone and gristle of tracks like “Scarred” and “Suffer The fools”. “Suffer…” in particular sees the guitars taking things up a notch, delivering whip-crack tremolo lines and serpentine leads atop a mountain of bone-crunching death-thrash riffage and voracious solo work.

The album reaches a pinnacle with the triptych of “Fatalist”, “Gemini Is The Snake”, and “Instigator”. The first is an irresistible anthem of massive, catchy riffs and sinuous guitar melodies, while the second builds from a creepy, crawly atmospheric intro into a stomping behemoth of anvil heavy guitars and barbed lead lines that dynamically shifts speeds and styles, locked down by Emil’s rapacious drums.

“Instigator”, though, is perhaps the real highlight. An utter beast of a song, it’s all gnashing teeth and wailing lead guitars, tendon-tearing rhythms, and a lethally deployed, weapons-grade guitar tone. Fast, thrashy, and brutal, it jumps from chugging thrash riffs to sawing tremolo guitars to a punishing, stop-start rhythmic attack, culminating in a series of darkly beautiful, seductive guitar solos.

The album closes with the ripping title track, a raging thrash assault lathered in splintered kick-drums and blackened buzz-saw melodies, with some nimble, stabbing fret-work and a colossal chorus. One of the album’s absolute best tracks, it tears riff after riff into pieces, bristling with energy and aggression right up to its final, threatening conclusion.

As an addendum, if you can, try and get hold of the edition with the two bonus tracks, both of which are great additions to the album, particularly “Jackal”, which is a rabid, slathering monster of a track, living on a razor’s edge of dark tremolo melodies and tooth and nail riffs. 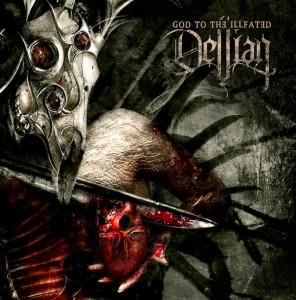 Heavier, catchier, and somehow even darker than their debut, the group’s second album sees everything turned up a notch or two. Blacker than black and deadlier than ever, the sheer sound of the album is devastating, with an intensity that errs closer to Marduk than their debut, but with a more established identity of their own, built around a thrash-injected engine and fuelled by pitch-black, blood-soaked melody.

“Mask of Virtue “ hits the listener with a storm of whirling kick drums and spiralling guitars, while a prominent, pulsing bass tone gives the track an electrifying energy. The riffing is fast and feverish, a pulse-racing, terror-driven affair, topped off by Legion’s instantly recognisable snarl, which practically drips malice.

Follow-up “Assailant” is a true heavy metal hymn with a banging, stomping riff and a monstrous chorus refrain, Legion screaming his sandpapery throat bloody and raw, while “Saintbleeder” adds eerie clean vocals to its ominous chorus, which only serve to deepen the darkness, Emil’s slippery, serpentine hand-work adding nuance to the track’s awesome, crushing grooves.

This album definitely  sees Legion stepping his game up to match the rest of his brothers in blasphemy. His delivery is clearer, more varied, and simply more venomous as a whole, whether matching the hypnotic central guitar lead of “Assailant” or “Saintbleeder”’s lurching, machine-gun riffage .

“I’m the Pariah” is an apostate anthem that once again proves that the devil has all the best tunes. Utterly merciless yet unsettlingly clever, its chorus is both terrifying and technical, accented by sharp, punchy drum fills and jarring, angular riffage, and the mid-section is pure psychodrama, a moody and ominous piece of dark ambience where rolling waves of thrumming bass and spiralling twin guitars writhe in torment.

With its deadly twin-guitar attack and staccato bite, “God To The Illfated” seizes the listener by the throat and gives them a shot of pure adrenaline straight to the heart, pissing blood and spitting venom, while “South of Halo” takes the record in a slightly different direction, bringing the groove and amping up the doom, without sacrificing an ounce of its thrashy black energy or death metal heft. The first minute is  master class in evil, melodic guitar work, while the following riffs, all lead-heavy chugging gallop and needle-sharp lead lines, turn the song into something impressively epic and refined.

The album closes (not counting the electrifying bonus track “Reap The Storm”) with the venomous sprawl of “When The Vultures Have Left”. The weaving interplay of the guitars is particularly impressive, and the clever, crawling bass-work shines throughout. Legion’s tormented vocals have never sounded better, or indeed as emotional, as they do here, stretching their power and clarity to match the grandiose and forlorn atmosphere the track conjures.

Recommended song: “God To The Illfated”