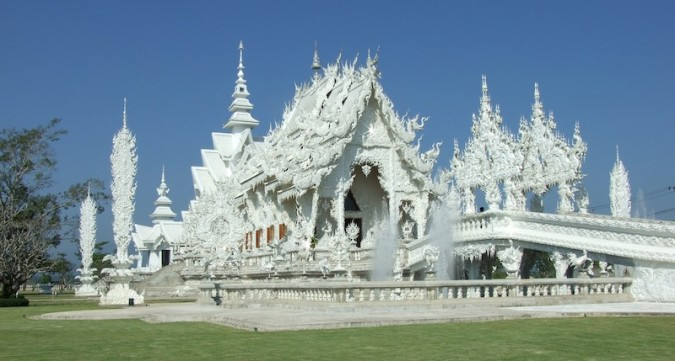 Here we go again with another edition of “THAT’S METAL!”, in which I venture timidly outside the boundaries of my metallic island in search of news, images, and videos that strike me as metal, even though they’re not music. I’ve got eight items for you today.

The first item is shown above. It’s a Buddhist and Hindu temple called Wat Rong Kun located in Chiang Rai, a large city in northern Thailand. I prefer to call it Wat Da Fuk.

It was designed by Chalermchai Kositpipat, a painter whose works have been exhibited around the world. He started out painting movie advertisements on billboards. In 1988, he was commissioned to paint murals for a temple in Wimbledon (UK) called Wat Buddhapadipa, which was the first Thai Buddhist temple to be built in the UK. It took him four years to complete the murals, and there apparently was some controversy over his work because he mixed traditional Buddhist temple art with contemporary stylings. You can see the murals here, though I’m including details from two of them right after the jump.

And so in Wat Rong Kun, we have a three-dimensional architectural marvel designed by a painter. Construction began in 1997 and is ongoing. To better appreciate the detail of this construction, click this link to see a bigger version of the image. After the jump is a detail from one of those murals in the UK temple. 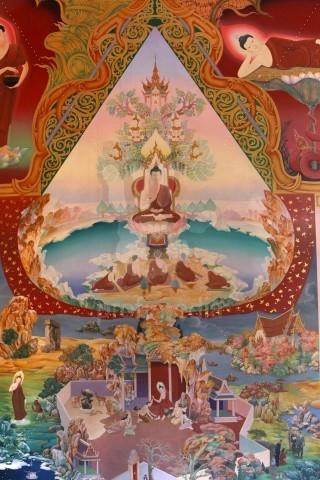 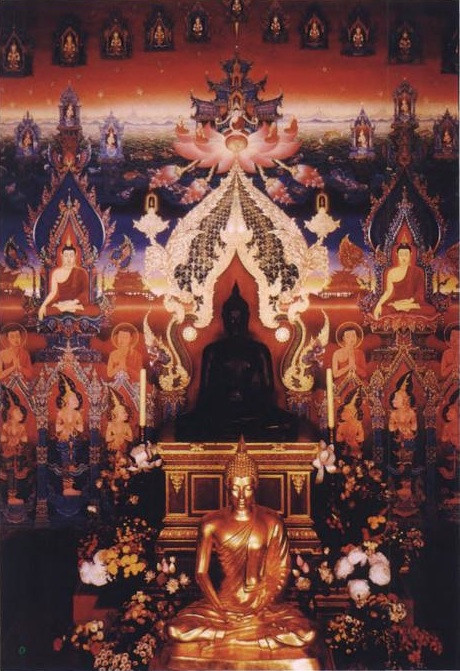 Now we’re going to move right into odd sports. I don’t know how people think up some of this shit, but I assume alcohol was involved. How much would you need to drink to come up with chess boxing? This is metal on many levels, partly because it involves both brains and brawn and partly because it seems to have originated in Finland, which as we’ve noted more than once before, may be the most metal country on the planet per capita.

The game is split into 11 rounds, alternating between chess and boxing. You can win either through a checkmate or a knockout, and because the chess game is played on a clock, you can also lose by just running out of time (which is kind of like life). I suppose if you were a really good boxer, you could be totally ignorant about chess as long as you could beat the snot out of your opponent early in the match (which is kind of like life).

This clip is from the first world chess boxing championship held in Amsterdam in 2003. This video actually picks up with Round Three; there’s another video you can watch here, which shows the start of the match, but you have to wade through about 3 minutes of introductory hoo-hah to get there.

Thanks for this find goes out to loyal NCS reader Ami, who also reminded me of that other ingenious sport of Finns, wife carrying. I’m not even sure a boatload of alcohol consumption can explain the origin of this sport. Honestly, I don’t think there’s any amount of booze that would make me want to carry my wife on my back, unless, y’know, it happened to be her idea of foreplay.

This clip is from the 2006 wife-carrying championship in Sonkajarvi, Finland. You’ll note that the favored carry position involves the husband’s head just forward of the wife’s ass and the wife’s head just aft of the husband’s ass. Eating a fuckload of baked beans the night before the race probably wouldn’t be the best idea.

Okay, I think it’s time to turn, as we usually do, to the horrors of the natural world around us. The subject of this item is a species of wasp officially discovered for the first time in 2011 on the Indonesian island of Sulawesi and given the name Megalara Garuda. It’s also known as the “King of Wasps,” “Warrior Wasp,” or the “Komodo Dragon of the Wasp Family.” All those names seem kinda lame to me. I prefer calling it the “GET THAT FUCKIN’ THING AWAY FROM ME!!” wasp. And did I mention that the males are two and a half inches long? Metal. 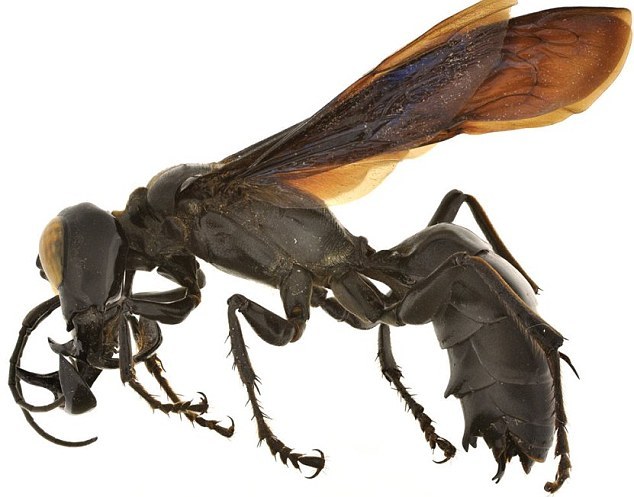 More info about this horror and its discovery can be found here.

Staying with Nature, the next video makes me relieved all over again that I was born a human being and that, at least on most days, nothing is trying to eat me alive — unlike virtually every other species of fauna and marine life on the planet (and let’s not forget insects either). This episode of cooperative pack behavior by a pod of orcas hunting a Weddell seal off an ice floe is chilling to watch, but also fascinating. And for those of you out there who are squeamish (like me), don’t worry: the denouement is left to your imagination. (via TYWKIWDBI)

Adolf Wölfli was a Swiss man who died in 1930. He was physically and sexually abused as a child and orphaned at the age of 10. As a young man he was convicted of child molestation. After being arrested for a similar offense after being released from prison, he spent the last 35 years of his life in a psychiatric hospital. He was psychotic, often violent, and experienced intense hallucinations. So what’s metal about that? Not a goddamn thing.

What’s metal is what he created during his institutionalization in the psychiatric hospital. Despite having no previous interest in art, he created a vast number of pieces using colored pencils and paper, using 1,600 of them as illustrations for a 45-volume, semi-autobiographical “epic” that he wrote, which stretched to more than 25,000 pages. Even more bizarre, he incorporated his own form of musical notation into the images. Here are some examples: 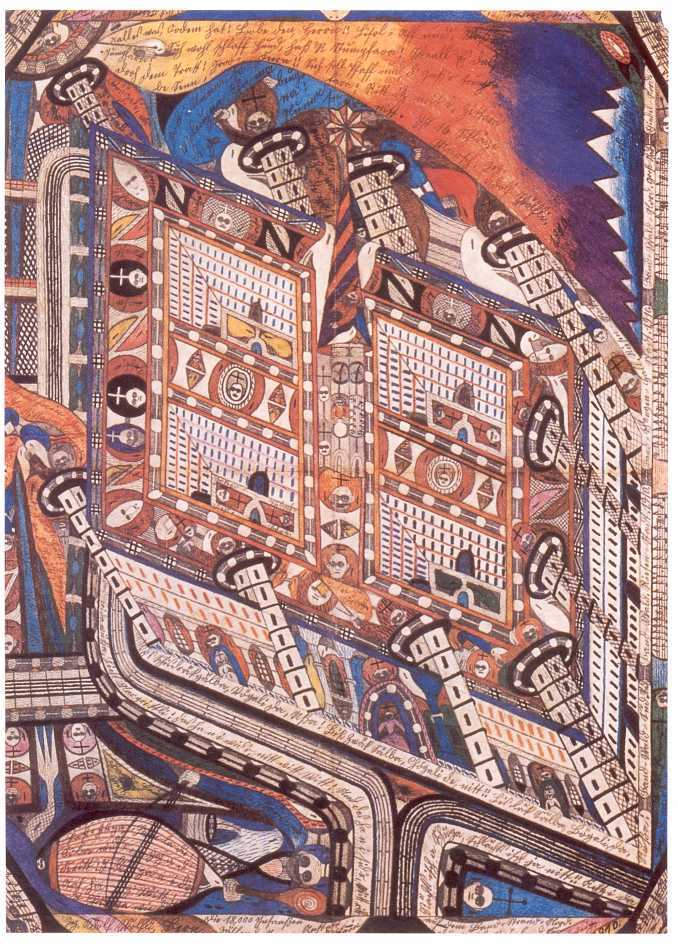 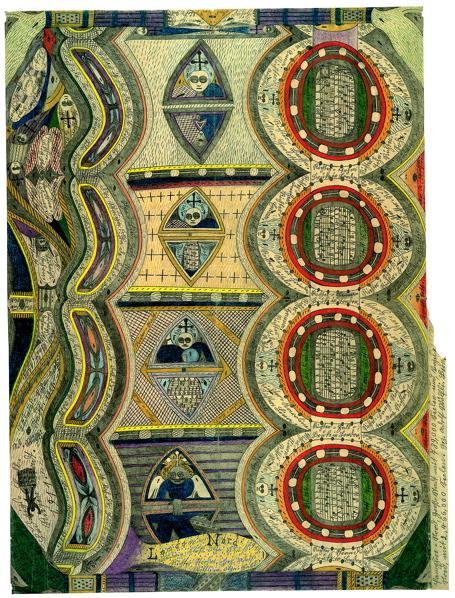 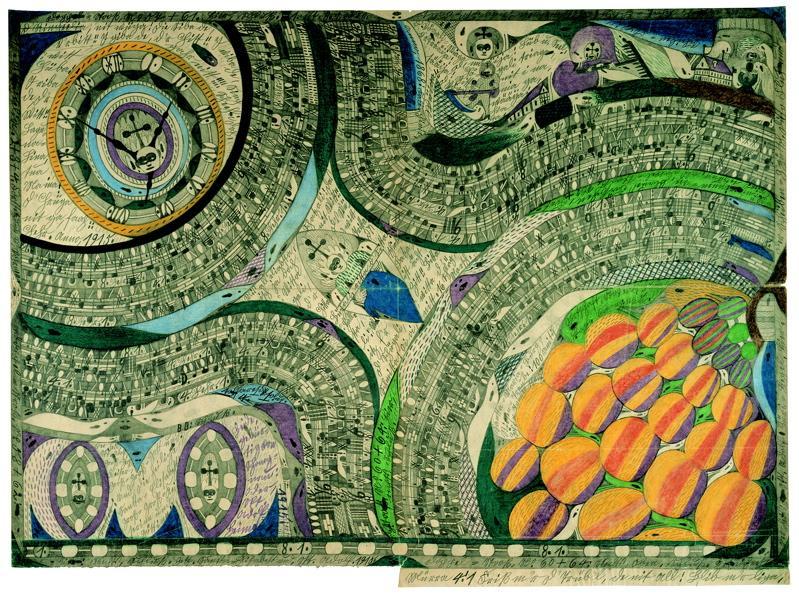 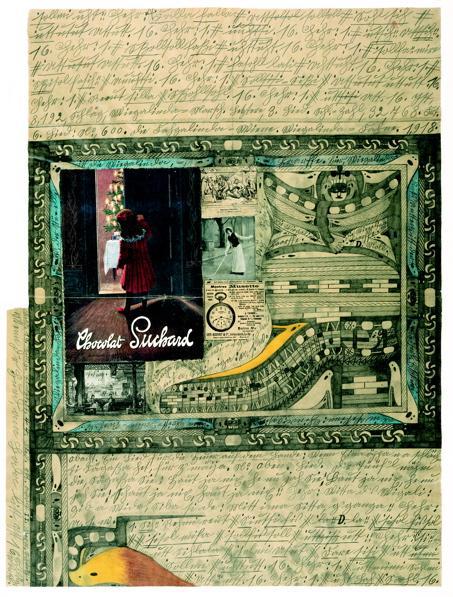 A foundation was established to preserve Wölfli’s creations, and they are now on display in the Museum of Fine Arts in Bern, Switzerland (more info is available here). And yes, people have deciphered and recorded the strange music that Wölfli imagined in his mind (go here for info about that).

The last item is a bit of a cheat, because it does involve music, though not metal music. This is a video of a flash mob in Moscow performing to the music of “Puttin’ On the Ritz”. All flash mobs are orchestrated to some degree, but this one is incredibly elaborate and obviously the result of tremendous planning and rehearsal. Because it seems to have been a part of a wedding celebration and was professionally filmed, I assume it was also handsomely funded by someone. Nevertheless, I thought it was amazingly cool . . . and the expressions on the faces of innocent bystanders are fun to see, too.