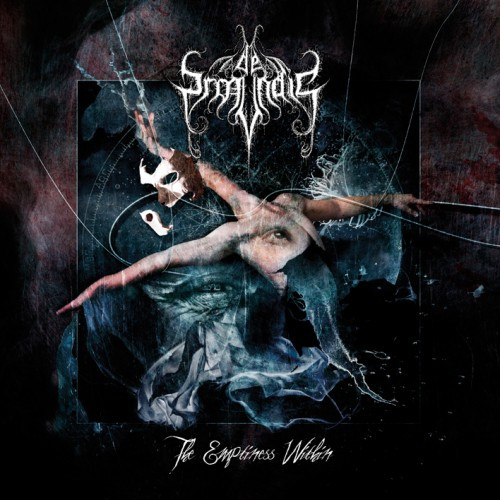 (In this post, Andy Synn reviews the new album by London’s De Profundis.)

Despite two previous impressive albums, with this latest taking them to a total of three, along with a host of European festival appearances under their belts, De Profundis remain something of an unknown quantity to many in the metal scene. In quiet solitude the UK quintet have spent years honing their craft, both as individuals and as a group, mastering both their instruments and their progressive muse, emerging periodically with a new release or a series of startling live appearances.

With a manic, melting-pot approach to song-writing that reminds me of Canada’s Into Eternity, in frenetic style if not in sound, it takes a steady hand and a keen eye to keep a complex machine such as this from spinning off the rails. Thankfully, this sort of attention to detail and knack for clear composition is something the band have in spades, accenting their material with hints of Emperor’s promethean grandeur, Death’s inhuman technical flow, and Opeth’s blackwater dynamics.

Though a consciously complex band, the quintet aren’t afraid to go hell-for-leather when the occasion calls for it, as the opening to “Delirium” can attest, moving from a grand metal riff in the oldest tradition through a blizzard of blast-beats and weaving tremolo guitars, before settling into a twisted arrangement of catchy riffs and spiralling solos. The track matches its ferocity with a mid-song break into calm acoustics and warping, bass-led melody lines. Cleanly spoken vocals add to the melancholic atmosphere, while a simple yet precise solo plays a mournful refrain, before the track climaxes in a blackened storm of fiery notes and snare beats. 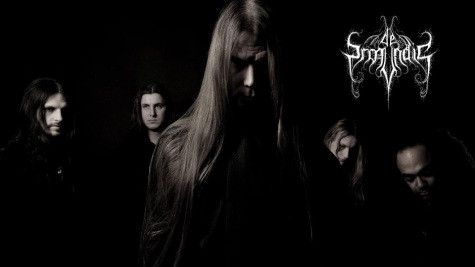 “Silent Gods” gives the noodling fretless bass work yet another chance to shine, its nimble notes weaving a compelling counter-melody in and around the chaotic motions of complex, Dream Theater-esque guitar work. The vocals deliver a convincing display of raw-throated rage and loss, their darker vibe offsetting the mesmerising and melodic lead work that pops up unexpectedly throughout the track.

Having largely shed their more introverted, doomy beginnings, it’s interesting to hear certain recollections of this style during moments of “The Wretched Plague”. The cold and melodic introduction to the track is a conscious throwback to the band’s earlier years, as are the dramatic clean vocals that punctuate the dominant passages of thrashing, Death-derived riffage. Though these are only minor moments in amongst the more technical complexity of the track, they provide an impressive contrast in styles that adds yet another string to De Profundis’ bow.

Rather than confusing “technical” with “progressive” as is so often the case these days, De Profundis display a well-developed grasp of both, be it the mesmerising instrumental wizardry of “Twisted Landscapes”, or the intelligent, ambiguous structure of “Release”. The former has a series of crazed bass-lines and spiky riffs which would give Obscura pause for thought, along with a madcap structure that takes in all manner of scything guitars and a truly mesmerising drumming performance.

The latter, while still exhibiting the technical flair of the group, does so in a more restrained manner, shifting the focus onto the song’s sprawling and blooming structure, shifting from claustrophobic death metal might to vast vistas of progressive sound. The most Opeth-ian of the songs on offer, it dispenses with predictable structure almost immediately, instead using its recurring riffs as motifs to tie the music together, while incorporating lengthy digressions of moody ambience, solemn clean vocals, and spiralling guitar runs into the track’s many movements.

Perhaps the high-point of the album, though that is debatable on a record with so many strong songs, “Dead Inside” has a hint of Morbid Angel to it, albeit slower and doomier, with its dominating death vocals and angular riff work. Dissonant chord progressions and lightning-fast drumming carry the song into darker waters, where graveyard melodies dwell and invisible undercurrents of doomy power lie in wait for the unwary. Unrelentingly bleak and foreboding, the track paints a multi-layered picture in endless and varied shades of black, using sweeping strokes of melody, swirling patterns of bass-led nuance, and angular outlines of syncopated riffage.

Showcasing another side to the band, the instrumental “Parallel Existence” sees them at their most reflective, slowly unfolding a series of chiming chords and tender, tentative drums in a manner both rare and precious. When the song does burst into full bloom, it does so as a colourful explosion of light and sound, interweaving endless threads of light and shade into a singular symphony of sound.

Final track “Unbroken (A Morbid Embrace)” builds from a dark and forbidding opening, such as Akerfeldt and co. once mastered, into a crushing display of powerhouse riffs and electric, eclectic soloing. The vocals deliver a passionate performance, both clean and harsh, while the drums masterfully shift pace and tempo, guiding the song through its many labyrinthine contortions. Long and complicated, the track takes times to reveal all its secrets, playing a game of smoke and mirrors with the listener, never exposing more than one of its many facets at a time, yet always hinting at hidden faces and subtle shadows. 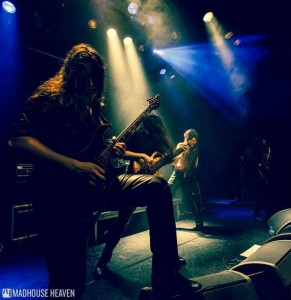 You’ll perhaps have noticed a plethora of references to other bands throughout this review, serving to illustrate the connective tissue that serves as the roots of the band’s sound. Beyond that, however, these references illustrate even more strongly that, despite incorporating all these recognisable influences and styles, they are employed in a wholly individual and non-derivative manner, mixed into something new, something recognisably greater than the mere sum of its parts.

If I were to level any particular criticisms at the album, then they would be two-fold. First, I would say that the vocals are not as iconic as the album requires. The clear and confident death vocals, accented by the occasional blackened scream, do the job competently and in an effective manner, but it is only the sombre clean vocals, used sparingly, that evince the same unique and captivating vibe as the rest of the material.

Second, the album is occasionally too clever for its own good, reducing the capacity of the listener to make a deeper connection with the material. This again isn’t helped by the vocals, which are limited in their expression. I’m not criticising the emotional content of the material — this is, after all, an album built on loneliness and loss — more that I find the vocals lacking in their ability to convey and facilitate the emotional connection of the listener, and so fail to ground the often-confusing kaleidoscope of instrumental interplay.

But while viable enough, these concerns are not enough to derail the album and its forceful progress. This is an album gifted with ambition and the talent to match, one which revels in testing its own limitations, for good or for ill, with a grandiose, shameless abandon and a confidence verging on arrogance, yet nevertheless fully justified.

The band have stumbled upon a unique formula, like some sort of prog-metal alchemy, for an elemental sound both like and unlike any that has gone before. If they can, in the future, harness that indefinable “human” element that this album fails to fully capture, then there is no telling what wonders they might create.

EDITOR’S NOTE: The Emptiness Within is out now on Kolony Records. Here are band links:

And now here’s a full stream of the album from Bandcamp, where it can be downloaded and ordered in physical form:

7 Responses to “DE PROFUNDIS: “THE EMPTINESS WITHIN””