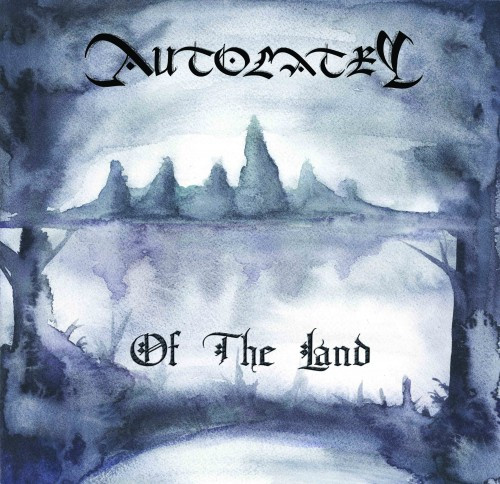 (Note: this review will be today’s only NCS post, because of Blog Break.)

Autolatry is a black metal band from eastern Connecticut whose music is devoted to stories about the New England wilderness and New England history. In late 2010, they released a debut album entitled The Hill, which I haven’t heard. And then in February of this year they released the subject of this review, an EP called Of the Land. Both releases can be downloaded on Bandcamp (here) with a “name your price” option.

Given the lyrical themes of Autolatry’s music, the title of this most recent EP, the names of the four songs it includes, and even the cover art, you might assume that Autolatry is some kind of New England version of Agalloch — but for the most part you would be wrong. Though you might pick out a bit of Agalloch influence here and there, the four songs on Of the Land turn out to be a surprising mix of styles, with no two songs quite alike.

The opener, “Mountain”, leaps forward immediately with maniacal drumming and a rapidly moving blast-front of ripping guitar chords. Sulfurous vocals howl malignantly and a trilling lead guitar spins a melody through the maelstrom. There’s a hard-driving, instrumental-only scorcher of a finish to the song that will get your head nodding, too.

“Oak” sets the hook from the start, with dense, chiming guitars and a super-catchy bass line. In addition to a cascading tide of tremolo melody, the song includes a relatively subdued melodic interlude that features a duet of acoustic and electric guitar with a Spanish flair (or at least that’s what jumped to my mind). Overall, it’s a rolling, rocking track that’s infectious as hell. 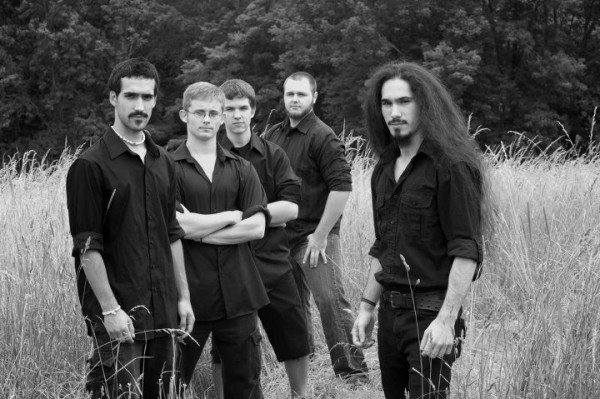 With the third track, “Stag”, the band shift gears noticeably, with a head-spinning jolt of blackened progressive metal. The two guitars play off each other in a leaping dance, twisting, twirling, and jabbing. The vocals also drop down from their typically caustic screeches into death metal roars at one point. Given the first two tracks on the EP, this more technically demanding and stylistically quite different song really took me by surprise — but it was a very pleasant surprise.

The final song, “Snow”, is built around a killer series of catchy riffs, with rock and punk rhythms and a swirling head-trip of a guitar solo. Once again, I was pleasantly surprised by the shift in stylistic elements.

On Of the Land, Autolatry have delivered a fascinating, high-energy mix of varied music. They prove themselves to be accomplished song-writers and performers, and adept at shifting stylistic gears without slamming into the wall on those fast turns. This is an EP that fans of Krallice, Cormorant, and yes, even Agalloch, would be well-advised to check out. Now, here’s the music:

You can find Autolatry on Facebook via this link. Beginning next weekend, the band embark on a length U.S. tour. The current schedule is below, and any updates should be posted here.

6 Responses to “SHORT BUT SWEET: AUTOLATRY – “OF THE LAND””