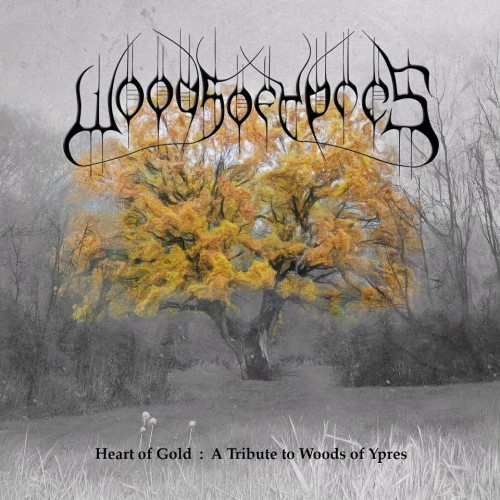 But what really put this album on my personal radar screen was the recent discovery that Sweden’s Canopy has contributed a cover of “Falling Apart”, which was one of two tracks that appeared on the Home 7″ single released in 2011. Long-time readers of NCS know that we’re huge fans of Canopy, and we’ve been starved for new music from the band since the release of Menhir (their third album) in 2010. Now we’ll have something to tide us over until the band finish work on their next album (which is in progress).

No specific release date for Heart of Gold has been set yet; Steph LeDrew says it should be ready by August or September. To keep track of developments, visit the Heart of Gold Facebook page at this location. Here’s the current track list:

To finish off this post, it seems appropriate to stream two tracks — the original Woods of Ypres song “Falling Apart”, which is available for purchase on Bandcamp via this link, and a song from Canopy’s last album (which you can stream in its entirety and purchase on Bandcamp via this link). “Falling Apart” is a heavy motherfucker of a song (one of those Woods songs I’m high on), and I’m stoked about hearing Canopy’s take on it.

3 Responses to ““HEART OF GOLD”: THE WOODS OF YPRES TRIBUTE ALBUM HITS OUR FRACTURED RADAR SCREEN”