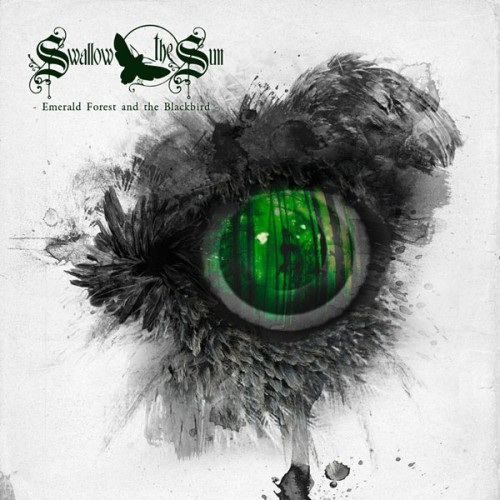 (In this post, DGR reviews the latest album from Finland’s Swallow the Sun.)

Considering the amount of hype that we at NCS generated for Emerald Forest And The Blackbird in advance of its release, it’s difficult to fathom why it’s taken as long as it has to finally get some proper thoughts up about the full disc. That was, until I read Islander’s post earlier this month about the best albums of 2012 so far and noticed that my list was one of the few that included Swallow The Sun’s new album.

I’ve also been in a pretty goth/death/doom-heavy mode as of late. I think I currently have eight different reviews going at the moment, and three of them belong to bands whose music includes dirge elements (the other two being the great Inborn Suffering and Barren Earth releases), so that’s probably another factor.

And finally, Swallow The Sun seem to be one of those bands who are constantly overlooked, especially for a group whose past four releases (counting Plague Of Butterflies, since I started with Hope) have been consistently great if you’re in the mood for trying to find some beauty in utter misery and desolation.

Swallow the Sun have slowly been morphing their sound, so it isn’t as overtly oppressive and miserable, instead becoming something more cold and hopeless. The group’s previous disc, New Moon, was one of my favorites when it came out, and I still think people owe it to themselves at least to give the track Lights On The Lake (Horror Part III) a listen, because it is one of the best examples of an excellent song just lifting a whole album far beyond its initial first impression of, “This is pretty good”.

Emerald Forest And The Blackbird feels like a continuation of what the band were doing on New Moon. They’ve slowly shifted away from their initial style of slow, crawling, funeral-esque doom and started working in elements that are more melancholic and more melodic in nature. Emerald Forest includes a hefty amount of clean vocals, as well as significant usage of acoustic guitar. There’s even one song in this disc’s expanse of music that is a somewhat straightforward acoustic ballad, no matter how depressing the subject matter is. 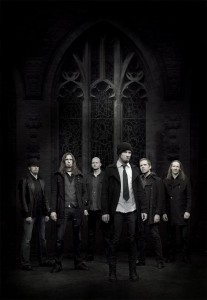 The band aren’t abandoning their roots, because they’ve been slowly working toward this kind of music since Hope. You’ll still get a healthy dosage of slow crawlers in song form; the opening track is close to nine minutes long. The evolution just means that you’ll also get a more varied experience, even more varied than what New Moon had to offer.

Emerald Forest And The Blackbird has an oddly schizophrenic dynamic as it bounces from song, to song, to song. It doesn’t feel as strongly thematic as the group’s last release, but it is still up there quality-wise. And so, for example, they move from one song that is actually fairly fast-paced for this band in “Hate, Lead The Way” to a piano-driven single that shifts from acoustic passages to an absolutely crushing bridge.

They are also able to feature the current lead singer of Nightwish, Annete Olzon, who turns in a good performance for what the songs needed, prominently on vocals during the chorus (as on lead-off single “Cathedral Walls”). “Cathedral Walls” is a really good song, too, with Annete Olzon enhancing the chorus, which is pretty singalong-worthy, despite how miserable the whole song is and despite the bridge just being this massive death metal bludgeoning for about thirty seconds.

Frontman Mikko Kotamäki, whose voice is quickly becoming one of the more recognizable ones in metal at the moment, turns in another solid performance on this disc. He also makes an appearance as vocalist on the great Barren Earth release, The Devil’s Resolve, so I may be overdosing just a tad on this man’s growling style. He has a low, drawn-out growl that sounds monstrous. How he is able to switch to his cold, depressed-sounding singing style is a wonder in its own right. It’s tough to believe that it’s the same person sometimes, even though you’ve just spent the entirety of a five-minute song hearing him mournfully humming away alongside an acoustic guitar.

Also, even though she’s heard on the album only for brief stretches, whoever provided the light touch of what I think is female harmonizing at the start and ending of this album is great. She carries the melody for a good chunk of the title song, and for that song her sound is perfect. The same vocalist pops up again later in the CD, doing the same thing, and it’s a great call-back after about thirty minutes of just crushing, slow-moving music.

Swallow The Sun work hard to give each song on the album its own little flair. As mentioned, the album includes a ton of acoustic guitar as well as clean singing. One of the songs, “This Cut Is The Deepest”, reminds me, in both form and structure, of the In Mourning song “Celestial Tear” from The Weight Of Oceans. They boil down (without being too reductive) to about as far as either band has gone into acoustic ballad work. Other songs on Emerald Forest, such as “Labyrinth Of London”, contain full-blown narration throughout the song. “April 14th” is another example of that, buffered by speaking at the beginning and at the end, with bare instrumentation throughout the rest of the song. 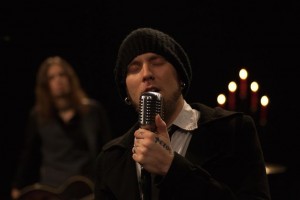 Emerald Forest sounds as good as the group’s previous batch of releases, and you can clearly identify every instrument used here. The drums, which make up a huge part of the atmosphere the band create, with their slow, crawling beats and occasional crushing double-bass rolls, come through clear as a bell…cymbal work included. Same goes for the guitars and bass guitar, although due to the genre there are times when all three are moving just as slow as can be.

The guitar work includes some great leads. “I Know Night Will Forgive Us”, which is about as upbeat a Swallow The Sun song as you can find, has a great guitar part, as well as a couple of real screamers when they get into what would constitute a solo. I had the bass up way high on this disc while driving, and it rumbled my car, so I can confirm it is present even though it doesn’t stick out too much. It provides a very solid foundation on which the band layer endless piano, synth, and orchestral music. Things get pretty ethereal from time to time on that front, as Swallow The Sun lighten their mood just a bit. It’s comparable to a manic depressive musing, “Eh, things ain’t so bad….today”.

Emerald Forest And The Blackbird shows that Swallow The Sun is capable of adding a ton of disparate elements from other genres to their funeral doom shenanigans. As they have moved forward from Hope (again, my starting point, although I am familiar with the earlier songs they included on Plague Of Butterflies), they’ve added more and more melody to each CD. New Moon felt like a huge jump from Hope, and while Emerald Forest doesn’t again morph the band into anything entirely new, each song feels as if it has its own story to tell. With the addition of more clean singing, more acoustic guitar, and backing orchestra to their overall formula, they have shifted even more from doom into a miserable creature that is a bit more melodic.

The atmosphere on this disc still gets oppressive from time to time, but the overall work feels much more introspective than before. It’s too bad I’m writing this during a summer in which my city has consistently remained above 90 for about a month, because I can imagine I would spin this disc pretty much every day during a winter in which it has rained, or snowed (what’s snow?), constantly. As an unabashed Swallow The Sun fan (stoked as all hell to see them with Kreator in a few months), I highly recommend giving Emerald Forest and The Blackbird a spin, if only to hear the guys trying to buck some of the trends in which they tend to get pigeonholed. It’s a great album that could serve as a gateway into something much, much darker.

EDITOR’S NOTE: Emerald Forest and the Blackbird is scheduled for release in North America on September 4 via Spinefarm Records. Beginning on September 5, Swallow the Sun will embark on The North American Teutonic Terror Attack in support of Kreator and Accept!, with Blackguard along for the ride as well. The schedule of dates is below — but first, here’s the official video for “Cathedral Walls”:

3 Responses to “SWALLOW THE SUN: “EMERALD FOREST AND THE BLACKBIRD””