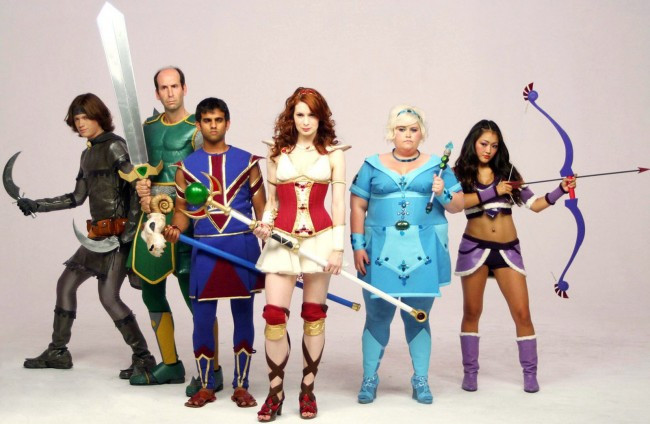 The only problem is that it’s not metal. I’ve tried to think of a metal geek anthem, and nothing is coming to mind, maybe because in most of the metal I like, you can’t understand the fuckin’ words. So if you have a metal geek anthem in mind, leave a comment. In the meantime, I’m goin’ with this one. It’s called “I’m the One That’s Cool”.

The song was co-written by Felicia Day and Jed Whedon. Jed Whedon is a screenwriter and musician who happens to be Joss Whedon’s brother. As a geek, you will recognize Joss Whedon’s name. Felicia Day is a new discovery for me — and I admit that, despite the fact that it may undermine my claim to lifetime membership in the Eternal Order of Geekdom.

There’s a video for this song that was directed by Jed Whedon and made for a web TV series called The Guild. Just in case you can’t quite hear all the words, you can find the lyrics in the description of the video here.

Well, we’ve gone this far, might as well just stay with it.

18 Responses to “WE NOW HAZ OUR GEEK ANTHEM”