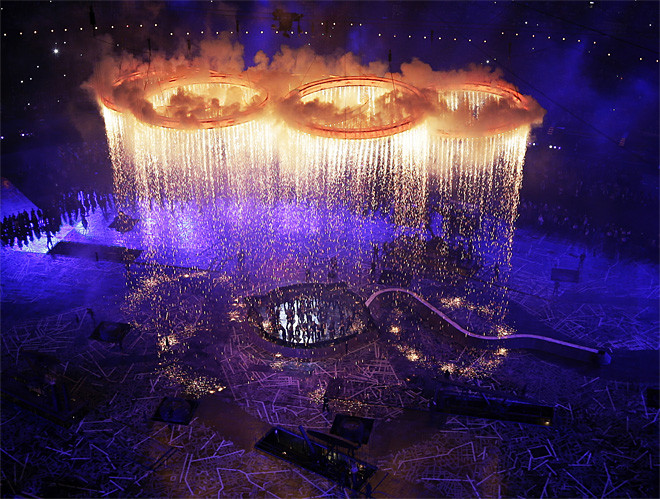 I watched some of the opening ceremonies from London. Some of it was cool, like the cascade of lights falling from those big gold rings in the sky. But I gave up not long after Mr. Bean accompanied the orchestra on the theme song from Chariots of Fire.

I decided if I was going to watch spectacle, with big throngs of people, lots of lights, and explosions of sound, I should at least watch something with good fuckin’ music going on. So I watched these instead:

7 Responses to “MY OLYMPICS”