DGR began his extensive NCS review of The Heretics in this way: “To say that they’ve found a sound would be putting it politely; Rotting Christ not only found a sound, but they also basically defined it and then later let it define them. Especially in more recent years they have basically shifted from being a fire-fueled black metal nightmare into an almost Hollywood-esque war-drums-and-all hybrid of martial rhythms, ’70s prog guitar influences, and the straightforward guitar stomp and lead work that has made them so insanely catchy over the years. The group’s latest disc, The Heretics, is a giant block of that specific sound.” END_OF_DOCUMENT_TOKEN_TO_BE_REPLACED 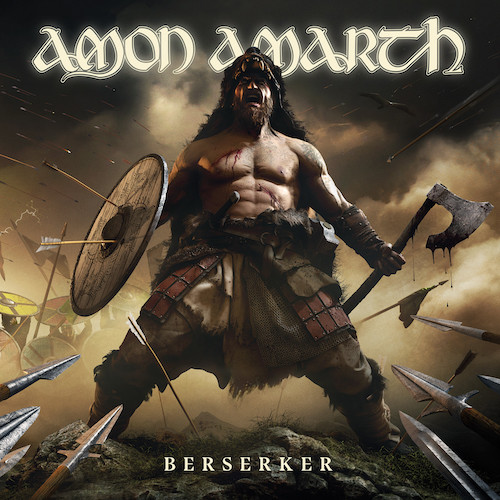 (This is DGR’s review of Amon Amarth‘s 11th album, which was released by Metal Blade Records on May 3rd.)

Amon Amarth are fun when Amon Amarth get “weird” around the fringes of their music.

Well, let’s walk that back a bit, since there’s a lot of power in those quotation marks around weird. It’s not weird in the usual sense, as Amon Amarth remain fairly conventional, and hew pretty closely to all of the traits that make them recognizable, on their latest album Berserker. They are one of the trope vanguards of the term ‘shuffle band’, in that their music has found such a consistent bar of quality that you don’t really need to do full-album runs any more. You can throw their whole discography onto a playlist, shuffle it up, and still have a good time.

That happens to a lot of bands when they strike upon a sound that they then make their own, and Amon Amarth did that sooo long ago — about the time of Fate Of Norns and With Oden On Our Side — and since then their discography has felt like iterations upon that particular formula. Huge and epic for Twilight Of The Thundergod, surprisingly death metal for Surtur Rising, weirdly experimental on the fringes of their sound on Deceiver Of The Gods, and a big old block of a lot of the ‘same’ on the concept album – about Vikings – that was Berserker’s immediate predecessor, Jomsviking. END_OF_DOCUMENT_TOKEN_TO_BE_REPLACED

This episode of SEEN AND HEARD is eight (!) bands deep and skews death-metal heavy, so prepare yourselves for a lot of gigantic grooves, growled vocals, enough blasts to reach gunfire status, and enough chainsaw guitar destruction to fuel the planet. END_OF_DOCUMENT_TOKEN_TO_BE_REPLACED

On June 30, as we dutifully reported, the organizers of Maryland Deathfest announced the first round of confirmed bands for the XVth edition of the festival, scheduled to take place on May 25-28, 2017, in Baltimore. Just minutes ago, MDF announced a second round of confirmed bands — plus some surprising news about where the festival will, and won’t, take place next year. Here are the new confirmed names: END_OF_DOCUMENT_TOKEN_TO_BE_REPLACED 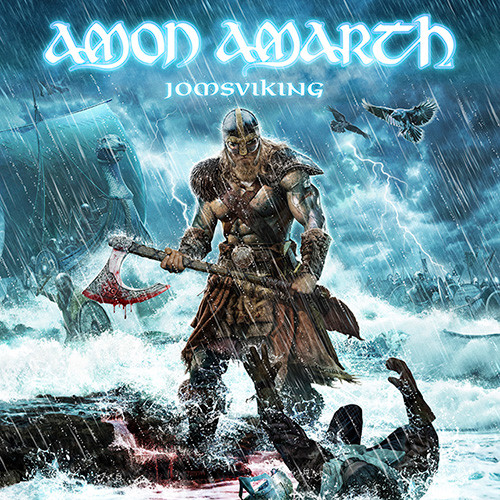 “First Kill” tells the story of a son’s banishment by his father after he takes his first life, leading him on the bloodstained path of a lone warrior and outcast. The song offers no surprises — it’s another galloping Amon Amarth ear-worm that makes me want to reach for my axe and drinking horn, though not in that order. I have no doubt it will quickly become a live staple, because it will get people fired up at shows in short order. The video is fun to watch, too. END_OF_DOCUMENT_TOKEN_TO_BE_REPLACED 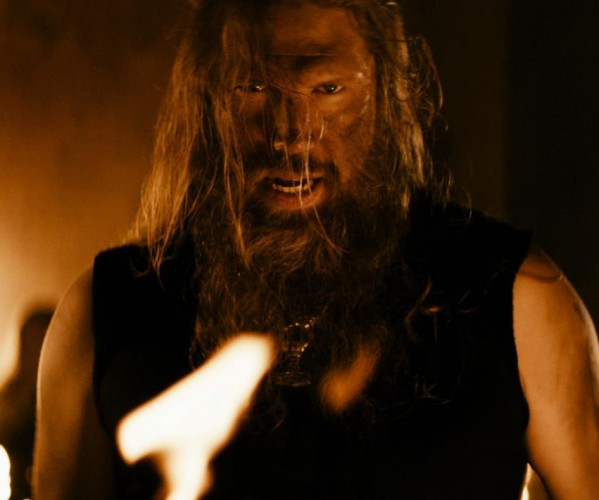 Yesterday Bloody-Disgusting premiered a video for the song “Deceiver Of The Gods” from Amon Amarth’s latest album of the same name. It includes clips from a forthcoming film, Northmen – A Viking Saga, which stars Tom Hopper, Ryan Kwanten, Ken Duken — and Johan Hegg in the role of Valli.  END_OF_DOCUMENT_TOKEN_TO_BE_REPLACED

Except for that New York City event, Skeletonwitch will also be a part of this tour, which makes it doubly enticing. Sabaton will be on the tour as well. However, although Vallenfyre will be playing the Manhattan date in place of Skeletonwitch, Skeletonwitch and Evoken will be playing later that same night at St Vitus Bar in Brooklyn; that show is also part of the Decibel anniversary festivities. I would give your right arm to see that one. END_OF_DOCUMENT_TOKEN_TO_BE_REPLACED 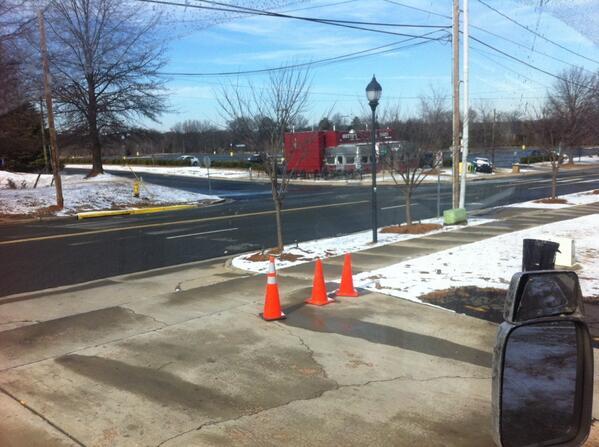 You may have noticed that about the only metal news we focus on here concerns new songs, forthcoming album details, and tours. Even then, we make no effort to be comprehensive. If you want to find a place that relentlessly copy/pastes press releases, talks about the latest bass player to quit his band, or gossips about the metal scandal of the day, this ain’t it. However, I’ve been peppered with reader messages about the two “scandals” in this post, so I’m relenting.

I would enthusiastically fork over money to see the current Deceiver of the Gods Tour with Amon Amarth/Enslaved/Skeletonwitch if it came within spitting distance of Seattle. But it isn’t, so I won’t. However, I can easily imagine the magnitude of my hot smoking rage if I had paid to see this tour In Charlotte, NC, on January 29. The event was to have occurred at a place called The Fillmore, but the venue cancelled the show 6 hours before doors.

Why did they cancel it? Well duh, because of the polar vortex gripping Charlotte — as evidenced by the above photo taken by Johan Hegg from the window of Amon Amarth’s tour bus. Here’s the statement that appeared on The Fillmore’s FB page:

“Due to inclement weather, local road conditions and the current State Of Emergency in NC the Amon Amarth show scheduled for tonight at The Fillmore Charlotte has been CANCELLED. All online and phone orders will be refunded. Other tickets may be refunded at their place of purchase. We’re sorry for any inconvenience. Stay safe NC.” END_OF_DOCUMENT_TOKEN_TO_BE_REPLACED 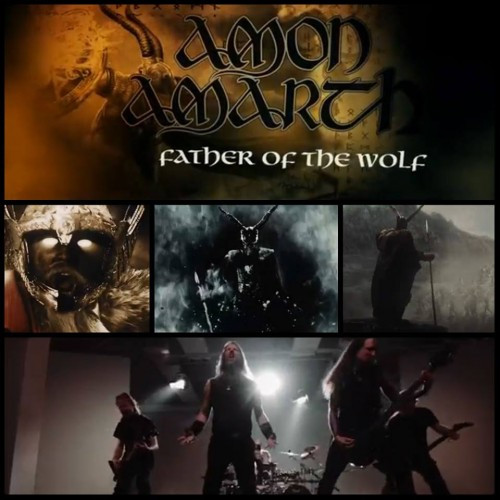 I’ve had virtually zero blog time since leaving Seattle early yesterday on a work-related trip. I haven’t even had time to listen to music, much less write about it. (You may have noticed, for example, that now two days have passed since the last installment in our MOST INFECTIOUS SONG series). Things aren’t likely to improve tomorrow, though we ought to be back to normal on Monday (“normal” being a relative term, of course).

I was saved from the dreadfulness of having nothing new on the site today by a message from my comrade DGR, bringing to my attention that Amon Amarth finally released their 10-minute mini-movie for the song “Father of the Wolf”. The band played the video at the first show of their U.S. your last night, and now it’s on YouTube. And now it’s on NCS.

In a word, it’s fantastic. Check it out: END_OF_DOCUMENT_TOKEN_TO_BE_REPLACED

I first wrote about this band in October 2012 after seeing the news that they’d been signed by Candlelight Records. In that first post I included all of the music from them that I could then find, including a portion of a song called “The Lion of Scotland”. In all its full glory, it later became the first advance track to appear from the album.  END_OF_DOCUMENT_TOKEN_TO_BE_REPLACED