For this latest edition of “The Best of British” I’ve picked out three fantastic examples of UK Death Metal at its absolute finest – one a cleverly composed concept album which may well prove to be the band’s “big break”, another a long-awaited and highly-anticipated return from one of the most underappreciated and unfuckwithable acts on the scene, and the third a shockingly good debut that should open a lot of doors and (hopefully) put the band on all the right radars. END_OF_DOCUMENT_TOKEN_TO_BE_REPLACED

This episode of SEEN AND HEARD is eight (!) bands deep and skews death-metal heavy, so prepare yourselves for a lot of gigantic grooves, growled vocals, enough blasts to reach gunfire status, and enough chainsaw guitar destruction to fuel the planet. END_OF_DOCUMENT_TOKEN_TO_BE_REPLACED

When I first saw the artwork by Karmazid for the upcoming Abhorrent Decimation album The Pardoner, I declared that if the music on that disc could be half as cool as the artwork it bore or the concept behind it, then I would be a happy camper. Well, with “Conspire“, Abhorrent Decimation have shown that they are in good standing on that front — releasing a monstrous six-minute brutalizer. END_OF_DOCUMENT_TOKEN_TO_BE_REPLACED

So, without further ado… END_OF_DOCUMENT_TOKEN_TO_BE_REPLACED 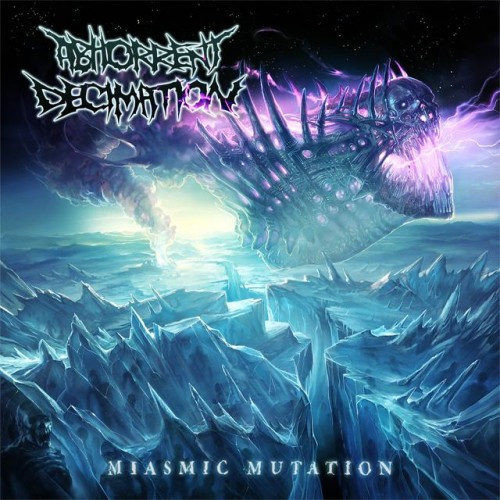 Last week in a “Best of British” article on our site, Andy Synn reviewed Miasmic Mutation, the new album soon to be released by Abhorrent Decimation — and now we’re bringing you the premiere of a full-album stream, along with an interview of the band.

While referencing the likes of such stellar bands as Hour of Penance, Decapitated, and Man Must Die, Andy further wrote:

“This isn’t an album that feels derivative. It feels fresh. It feels vital. It feels… alive. In fact, it’s one of the most shamelessly infectious and irresistibly head-bang-able Death Metal albums that I’ve heard this year.”

END_OF_DOCUMENT_TOKEN_TO_BE_REPLACED

So, let’s get started, shall we…? END_OF_DOCUMENT_TOKEN_TO_BE_REPLACED