For this latest edition of “The Best of British” I’ve picked out three fantastic examples of UK Death Metal at its absolute finest – one a cleverly composed concept album which may well prove to be the band’s “big break”, another a long-awaited and highly-anticipated return from one of the most underappreciated and unfuckwithable acts on the scene, and the third a shockingly good debut that should open a lot of doors and (hopefully) put the band on all the right radars.

Putting together a decent concept album is no easy task. Go too far and you run the risk of being strangled by the constraints of your narrative, but fail to properly commit and you wind up paying little more than lip-service to the whole idea.

Abhorrent Decimation must have been fully aware of this when putting together their second album (their first for Prosthetic Records), because the final product finds the group striking a careful balance between exploring the creative boundaries of their chosen concept and delivering a ravenous dose of cutting-edge Death Metal.

Whereas their debut album, Miasmic Mutation, succeeded by virtue of its stripped-down and focussed song-writing, The Pardoner sees the quintet taking a more ambitious tack, making greater use of eerie atmospheric passages and/or moody string- and piano-based interludes – as well as some deft application of sinister, exotic melody (which one must attribute to the presence of new lead guitarist Ross McLennan) – to help expand their sound in intriguing new ways.

And when these elements work – as on the outro to the pulverising “Heretic Sacrifice” or the evocative finale to “Conspire – they serve to tie the record together into a whole that is greater than the mere sum of its parts, and give the listener the sense that they’re hearing something above and beyond a simple collection of unrelated tracks.

As a result, songs like the aforementioned “Heretic Sacrifice” manage to tell a captivating story and give your eardrums a ferocious beating, while the triple-combo of “Granted Indulgence”, “Black Candle Gathering”, and “Conspire” (which also contains a subtle reference to “Odious” from their previous album) proves to be an incredibly strong run of tracks, positively bursting with ravenous riffs, howling vocals hooks, and impressive atmospheric touches. 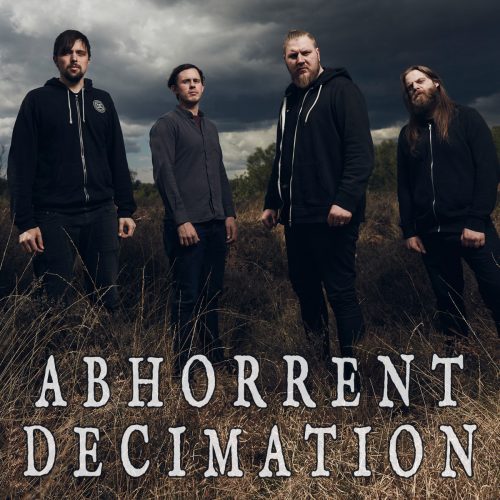 There are times though when the band’s newfound ambition works against them.

The extended (and repetitive) outro to “Votive Offerings”, for example, soon becomes a chore to sit through, while the pseudo-cinematic second half of the otherwise stellar title-track seems to hint at a more grandiose finale yet to come, only to tail off in surprisingly anticlimactic fashion without ever really achieving anything.

Despite these (obviously subjective, and by no means fatal) flaws, however, I have to applaud the band for their attempts to stretch their wings and shake up their sound.

A simple re-hash of Miasmic Mutation would obviously have been far easier, and I have no doubt that the group could have knocked-out a solid enough sequel with little effort, but the decision to pick the harder, more ambitious path, and take the road less travelled, speaks volumes.

So, if there’s any justice in the world, the band’s refusal to simply play it safe here will bring them all the success which they so richly deserve, and fans of Hour of Penance, Fleshgod Apocalypse, and latter-day Black Dahlia Murder should do themselves a favour and check this one out asap.

Five years is a long time to wait between albums, particularly in today’s high-speed, instant-gratification, society. But I think we can all forgive the Dyscarnate boys (now featuring new bassist/co-vocalist Al Llewellyn) for taking their time with this one, as With All Our Might is unquestionably the stone-cold stunner that their fans have been longing for.

“Of Mice and Mountains” wastes little time in getting right in your face with its massive, Misery–Index-meets-Behemoth riffage and humongous, brute-force grooves, Llewellyn’s higher-pitched shrieks (reminiscent, in places, of Aborted’s Sven de Caluwe) serving as a nice counterpoint to Tom Whitty’s prodigious, gravel-throated growl, while drummer Matt Unsworth holds everything together with his thumping, nailgun-like kick patterns and rapid-fire fills.

“This Is Fire!” earns its exclamation point through the judicious application of gut-churning chugs and ruthlessly efficient hooks (not to mention some surprising, and surprisingly effective, semi-clean vocals), while “Iron Strengthens Iron” (which you can check out below) is an absolute riff-lover’s delight, and proves itself to be one of the catchiest, most infectious, tunes that the band have ever penned, without ever skimping on the heaviness or aggression.

So far so pummelling… but “Traitors in the Palace” finds the group expanding their palette by slowing things down and introducing a fresh and doomy vibe, which only serves to make the song’s explosive second half hit even harder, after which the gargantuan “To End All Flesh Before Me” swoops in to mop up any survivors with extreme prejudice.

To the surprise of absolutely no-one, “Backbreaker” is an absolute crusher, with a slight Morbid Angel/Gojira vibe to it, that’s as hooky as it is heavy, though it also has to be said that the utterly annihilating “All the Devils Are Here” sees the three-piece taking things to new heights of punishing intensity, demonstrating that the newly-revitalised Dyscarnate are more than ready to go toe-to-toe with the current crop of Death Metal heavyweights.

Bringing things to a close in style, the album’s almost eight-minute finale, “Nothing Seems Right”, finds the terrible trio stepping outside of their comfort zone a little by introducing some subtle progressive elements (and a dash of dark melody) into the mix to counterbalance their by-now traditional profusion of rib-cracking riffs and rippling, rhythmic drum work, and proving, once and for all, that those five years in the wilderness were well worth the wait, as With All Our Might is every bit the monster that its predecessor was. 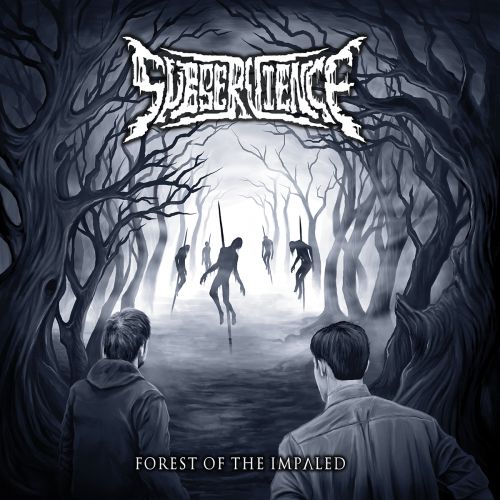 SUBSERVIENCE – FOREST OF THE IMPALED

Offering a fresh take on an Old School sound, Brightonian death-mongers Subservience have hit pay-dirt with their debut full-length, which offers up eight meaty morsels of serrated, saw-blade riffage and ghoulish, guttural vocals in the vein of classic Grave and Vader (with perhaps a bit of Obituary-esque, Floridian swampiness thrown in for good measure).

Opener “In Depravity They Dwell” immediately lets you know what to expect from this album (if the title didn’t already clue you in), by delivering a thrashy, chuggy, groove-and-gallop explosion of primal Death Metal, replete with a plethora of nasty, rusted hooks, sudden eruptions of seizure-inducing blastbeats, and one seriously dirty and distorted guitar sound.

This pattern holds sway throughout the rest of the album, and although there’s nothing really new or ground-breaking to be found here, the group have clearly hit upon a formula – three parts Old School filth and fury, one part modernised sharpness – that works well for them, as every track here kicks a significant amount of ass.

The bleak, imposing melodies and morbidly infectious riffs that underpin “Beneath The Earth” and “Desperation”, for example, should please anyone who calls themselves a fan of bands like Bloodbath and Vallenfyre, while “A Taste for Violence” drapes itself in the discarded skin of the dearly-departed Dismember and then proceeds to wage an auditory hate campaign on the listener for a little under five gloriously grim minutes, after which the churning “Entity of Indifference” slows things down in gruesomely effective style, its cruelly catchy chorus and lurching, zombified riffage channelling a touch of Cannibal Corpse and early Hypocrisy.

Despite this impressive pedigree, however, it’s “The Dying Light” – which finds the band beginning to step outside the long shadow cast by their influences – that proves to be the album’s real stand-out, raising the bar in terms of both murderous intensity and livewire energy in a way that suggests that the best is still to come from these southern savages.

Following the ballistic bludgeoning of “The Consummation”, which sneaks in an unexpected (but welcome) amount of melody amongst its raging riffs and ferocious fusillades of percussive artillery, “Descend Into Despair” wraps things up in an ambitious display of menacing melody and baleful brutality, whose ominous, brooding piano work, humongous, heaving chords, and unrepentant, deathly aggression, help end the album on a fittingly high note, marking Subservience out as future contenders and ones to watch very closely in the years ahead.

One Response to “THE BEST OF BRITISH, 2017 (PART 7): ABHORRENT DECIMATION / DYSCARNATE / SUBSERVIENCE”