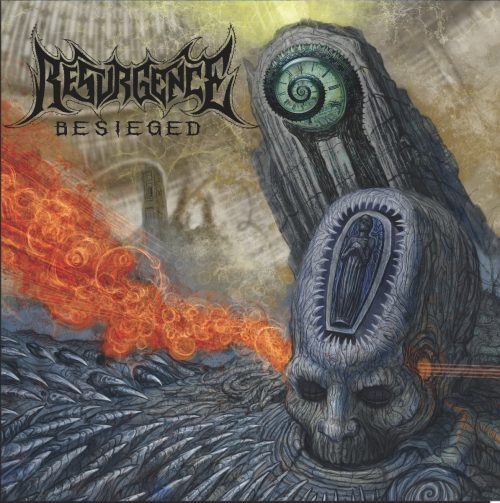 When I listened to Besieged for the first time I was left wide-eyed and slack-jawed by the end of just the first track, with a spike in my pulse rate that would have made my doctor anxious, and already wondering how to describe what I was hearing — and already thinking about fireworks displays. By the album’s end I was shaking my head, fairly astonished at this tour de force — and still thinking about fireworks, but also about large-scale demolition jobs and rousing anthems.

Besieged is the remarkable debut album by a group of evil geniuses who dwell in the vicinity of Vancouver, BC. They call themselves Resurgence. The album has been released today — August 1 — and you can listen to it below, preceded by more than a few words of wonderment and genuine appreciation for what these dudes have done. Feel free to skip ahead and press play, I can handle it. 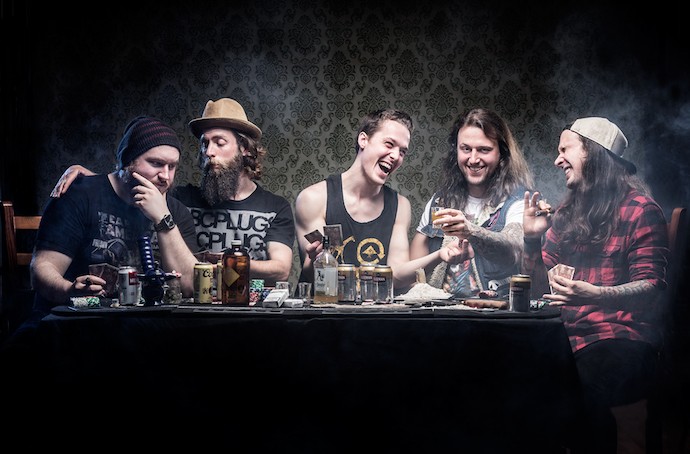 That opening track that left me breathing hard is one of three long ones on this eight-track album. “Entombed Inside Your Brain” launches with a reverberating, Eastern-influenced guitar melody, augmented by blaring chords and squealing strings. The intro is dark and demented, heavy and heaving… and then the everything erupts. The band accelerate into a frenzy of slashing riffs, crazed leads, and punishing drumwork. You’re treated to jackhammering rhythms, jittery guitar fusillades, a trio of solos that are hot enough to melt lead, and an array of savagely vibrant vocal onslaughts by frontman Parker Lane.

And that’s just a big first taste of the explosiveness to come. Through that song and the next three to come, Resurgence dish out a brand of death metal that’s body-mangling and mind-melting, bludgeoning and intricate, technical and progressive — and above all, wildly exuberant. It is indeed like a fireworks display — one of those spare-no-expense sky carnivals the big cities organize on New Year’s Eve, one rocket after another exploding in breathtaking visions, a couple tons of explosives wrapped in a kaleidoscope of colors. 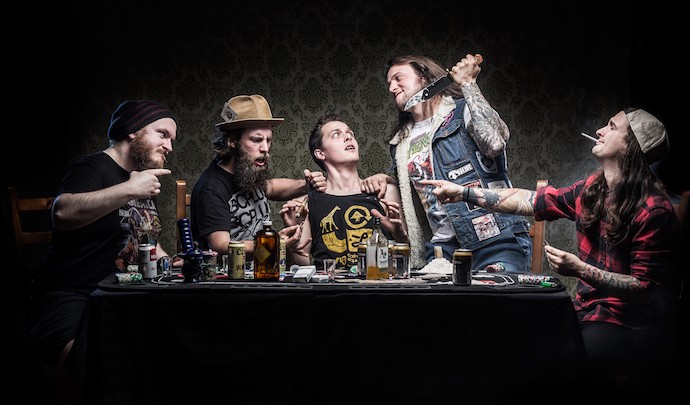 Enhanced by a powerhouse production that leaves the instruments sharp, distinct, and separated in the mix (but still punishingly heavy), it’s a galloping, jolting, head-whipping ride with plenty of pyrotechnical extravagance by all the performers but a pronounced penchant for skull-cracking grooves.

There aren’t many occasions to take a normal breath until you reach the fifth track, “Thy Divine Convalescence”, which is the second of the album’s three extra-long tracks. Like the album opener, it begins slowly with a reverberating guitar melody that’s exotic, and now dreamlike. The song builds in strength until it becomes a juddering mid-paced leviathan, mixing hard-slugging riffs and deranged guitar torture, jolting grooves and blaring chords, lit up by squalling, flame-spurting, fret-burning solos. And ultimately, in the final minute-and-a-half, the music becomes a rampaging demolition machine highlighted by a lights-out drum performance by the band’s very talented hitter, Alex Gain.

Guitarists Ron Holloway and Bryan Gobbi shine all the way through the album, but they really go berserk on the next track, “Your Time Has Expired”. Actually, everyone goes berserk, including bassist Fabian Popovici (whose beefy bass tone and versatile machinations are another of the album’s many strengths). They hit a new height of speed on this track, as if someone really had told them, “Your time on earth is expiring, so whatever you’ve got, you have five minutes to bring it”. 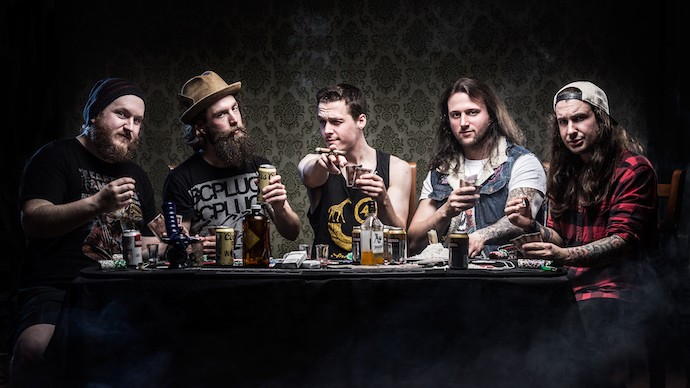 “In My Grasp” is another mid-paced mauler, but this one includes bursts of grand, soaring melody, almost like trumpet fanfares, showing a further dimension to the band’s talents. And then you come to the tremendous album closer, the third of those long songs, “All I Have Left”.

Unbridled speed isn’t the focus of this last song. An intense, penetrating melody swirls skyward at the outset, but the band still punch with grim, heavyweight force — and they still manage to display their instrumental dexterity. Yet the music segues into another exotic, dreamlike instrumental interlude, a silky-smooth spellcasting diversion that brings the listener’s breathing back into a normal range, backed by a drum performance that leads the song forward to its big show-stopping finish, a finale that’s mournful in its mood but dramatic, and featuring an arena-ready solo. Hard to think how they could have picked a more memorable way to close such a consistently impressive album.

Consistency is indeed a hallmark here — you really can’t go wrong with any of the tracks. But if you’ve only got time to sample a single track, pick one of those three long ones, each of which probably best showcases this band’s abundant talents. 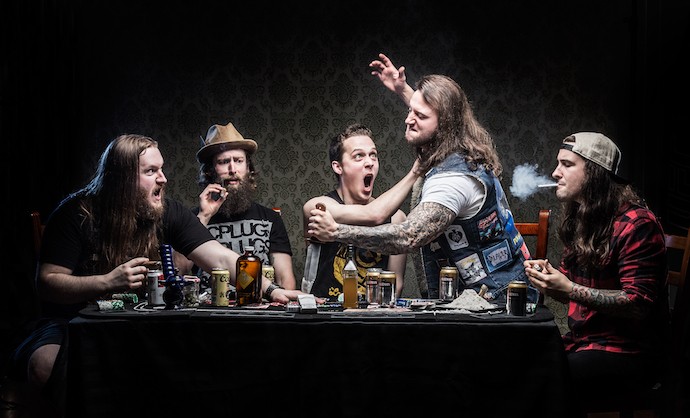 Besieged is available for acquisition now. It was produced by Matt Roach at Rain City Recorders in Vancouver, BC, and mastered by Alan Douches at West West Side Music in New Windsor, NY.

You can order the album on Bandcamp, either on CD or as a download, and it will also available on iTunes and all streaming services.

4 Responses to “AN NCS ALBUM PREMIERE (AND A REVIEW): RESURGENCE — “BESIEGED””