Today we got some additional information about the new album by Satyricon. As previously reported, it is entitled Deep Calleth Upon Deep and will be released by Napalm Records on September 22. The cover art is an obscure 1898 drawing by the famous Norwegian artist Edvard Munch. The album has been described by the label as “a wholesale reinvention and a brand new era in SATYRICON history”. And with that titillating pronouncement we also have this statement by frontman Satyr:

“Approaching this release, what I always kept in mind is that either this is the beginning of something new or it’s gonna be my last record. If this is going to be the last, then it needs to be something special. If there are more records, then I’d better make sure that this is so different from the last one that it feels like a new beginning. I think it’s really, really dark, very spiritual and filled with confidence and energy.

“The way that I see it is that for any art, be it SATYRICON or any other form of art with substance, in order for you to be able to inhale and completely understand it, it will take a little bit of you as well. If you get it all after a couple of listens, you know that it probably won’t stay with you. So the title is saying, ‘From the depth of the people making this record to the depth of the listener…’ If you want to take part in this journey, you should be prepared to dig deep down in the darkest corner of your soul with us.”

To say the least, I’m curious.

As of today, the album is available for pre-order HERE, and the track list has also now been disclosed:

1. Midnight Serpent
2. Blood cracks open the ground
3. To your brethren in the dark
4. Deep calleth upon Deep
5. The Ghost Of Rome
6. Dissonant
7. Black wings and withering gloom
8. Burial Rite 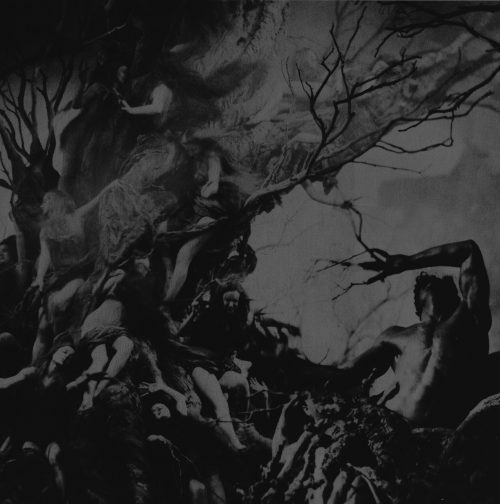 On Sunday the Viennese band Abigor disclosed that their new album is almost finished. In a statement they acknowledged that “Black Metal may still be excellent, and the pool of ‘occult’ or post-DSO bands is huge,” but they wondered, “where´s the pounding greatness of Natten´s Madrigal, Apokalypsens Ängel, Det Som Engang Var or the Strid 7“ today?”, and then offered these further thoughts:

“Not that we would or could fill this gap, but in Abigor´s very own stubborn way and with the old-school execution of mentioned masterpieces, our new album was recorded without a single ‘blastbeat’, without multi-guitar madness or downtuned disharmonic riffing.

“String wise, minimalism was the law — only one guitar left, one guitar right, and a bass in the middle. Not one single additional guitar-track to add soli, melodies or double-tracks.

“Lyrically, all hokuspokus and theological pondering was avoided. It´s not an album of a seeker, or about one´s initiation, or to lecture, but about the Devil and the Devil only! An impulsive work stripped down to the very basics that maybe could have been released in the 1990s.

“This technical restriction as well as a focus on the the evil force that sparked Black Metal ablaze at the beginning of the 90s also torched our work again.”

The vocals (by Silenius of Summoning and Amestigon, rejoining his old band once again) remain to be recorded, with a release projected for the autumn, but Abigor have provided instrumental extracts from three of the album’s 11 tracks. That stream is below, along with the full track list.

It is much as Abigor have described it, though I would hesitate to describe the second and third excerpts as minimalistic, because they are head-spinning in their instrumental inventiveness, as well as explosively vibrant, and the first excerpt is evocative of mysteries. I’m very anxious to hear this album!

TRACK LIST:
1. All Hail Darkness And Evil
2. Sword Of Silence
3. Black Icarus
4. The Cold Breath Of Satan
5. Our Lord´s Arrival – Black Death Sathanas
6. None Before Him
7. Olden Days
8. Hymn To The Flaming Void
9. Christ´s Descent Into Hell
10. Ancient Fog Of Evil
11. Metamorphosis

High hopes were what I had after seeing the names above, hopes that were further inflamed by the fiery draconic artwork on the album cover (see below). The band is Wings of Dahak, the creation of guitarist/vocalist Dave Tillery (Embalmed, Gruesome Fate) which also includes the talents of lead guitarist Cody Daniels (Giant of the Mountain) and drummer Matt Thompson (King Diamond). Their debut album Unholy Wings will be released on September 30 by Via Nocturna.

The first excerpt released from the album is “Inhaling the Spirit of Destruction“. The throaty, crocodilian vocals and the grim, groaning riffs manifest the rising of ominous unearthly power, but both the vocals and the instrumental music also catch fire, burning with seething intensity and writhing in reptilian frenzy. Head-spinning music for sure, manifesting both terrible grandeur and a kind of vicious ecstasy. 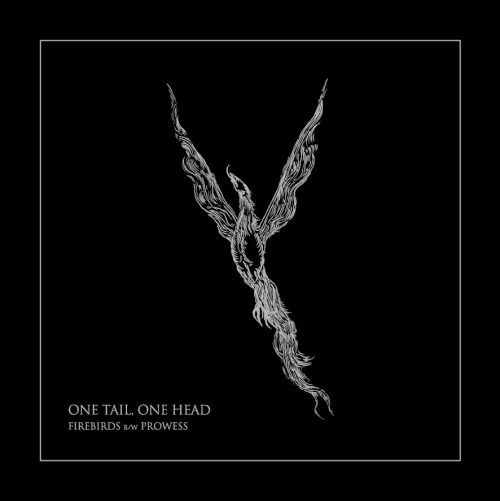 I was late in discovering the two-track demo, Tandava, by the Norwegian black metal band One Tail, One Head, whose line-up includes members of Behexen and Vemod. It was released in 2011, and I wrote about it (here) in 2015. I forgot about the band in the 18 months since then, but have now been reminded. Here’s a statement by the band that appeared yesterday:

“As some of you may have already gathered, we began recording our long overdue debut full length a while back. As a prelude, we are unleashing a 12” maxi single featuring an extended version of ‘FIREBIRDS‘, the centerpiece of the album, as well as ‘PROWESS‘ — an altogether exclusive track not to be featured on the album. It will be released on regular black vinyl and limited silver vinyl through Terratur Possessions on August 24th, coinciding with the mighty Beyond the Gates festival in Bergen, Norway.”

You can listen to “Firebirds” below. It launches in a powerful, adrenaline-fueled surge but then will get your head moving hard as the band segue into a heavy rocking mid-section before beginning to rush and rip again. An atmosphere of chaos and the channeling of luciferian forces shrouds the song, and the vocals are insane (and insanely good).

(Thank you Milos for pointing me to this stream.) 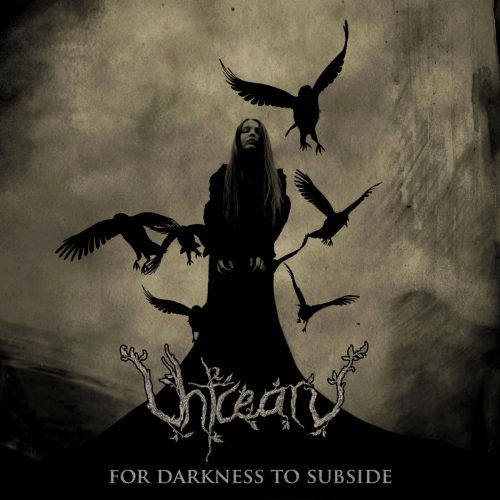 According to the Wisconsin band Uhtcearu, they took their name from an Anglo-Saxon word that translates to “to pre-dawn anxiety or nighttime sorrow”. “It is the feeling of mysterious unease and unrest when you lie awake at night, unable to sleep, waiting only for the morning to dispel the darkness”. Their new album, released on July 28, is named For Darkness To Subside.

I haven’t yet given the album enough time to provide a thorough review, but certainly enough time to recommend it to you. And I’ll specifically mention two songs, and then provide a full stream for your ears.

“Burning Effigy” opens the album, and “Tower of Silence” brings it to a close. The former is a fireball-fast, tension-ratcheting assault full of mind-warping fret-work and skull-rattling drum munitions, with a solo that will leave your head smoking. There are a few breaks in the headlong rush of this technically exuberant roller-coaster ride, as well as turn-on-a-dime tempo changes, but the overall effect is to leave the listener’s pulse pounding in overdrive.

The rapidly tumbling drumwork and jolting chords at the outset of “Tower of Silence” may knock you back on your heels, but the song turns out to be a quite varied piece, soft as well as explosive, beleaguered as well as vibrantly mind-bending, with mesmerizing instrumental interludes accompanying all the high-octane veering and vaulting, and a heart-swelling melody that swirls through the finale.

P.S. The rest of this album is just as impressive as these two bookends. 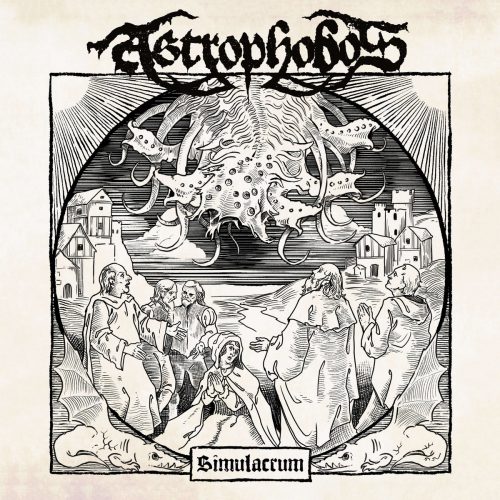 Almost exactly one year ago we premiered the title track to Enthroned In Flesh, the latest EP by the Swedish black metal band Astrophobos. It was a flame-throwing black metal blitzkrieg that also also included a dramatic melody that I thought might put you in mind of the classic style of Dissection.

Astrophobos have now returned with a new single named Simulacrum, released via Triumvirate Records, which is available as a “name your own price” download at Bandcamp. As on the band’s last release, session drums were performed by Marduk’s Fredrik Widigs.

There’s a bit of a head-fake at the beginning, a dreamlike drift of reverberating notes… and then you’re carried aloft as if on the back of a soaring hawk in search of prey. There’s dark grandeur in the song’s very memorable melodies and potent aggressiveness in its eruptions of warlike scything and scathing vocal fury. Very easy to get carried away by this emotionally intense track…. 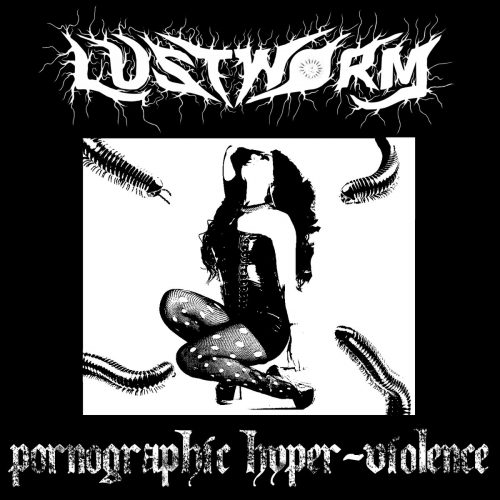 To complete this collection of new music I have a new demo (released July 25) by a UK solo project named Lustworm, the title of which is Pornographic Hyper-Violence. Whatever sounds that title might suggest to you, I’m guessing you’ll be at least somewhat surprised by what you’ll hear.

There’s certainly an aura of incipient violence in the acidic vocals and in the tension that comes through in the bleak, murderous melodies, the bursts of frenzied jabbing, and the flickering solo work. But these songs rock, and it’s the infectiousness of these swaggering, filthy, hard-rocking devil riffs, backed by a muffled bass-drum pulse and the crack of the snare, that’s the driving, charismatic power of this demo.

I’ve fallen in lust with Lustworm. Feeling kind of dirty, but quite happy to stay unclean.