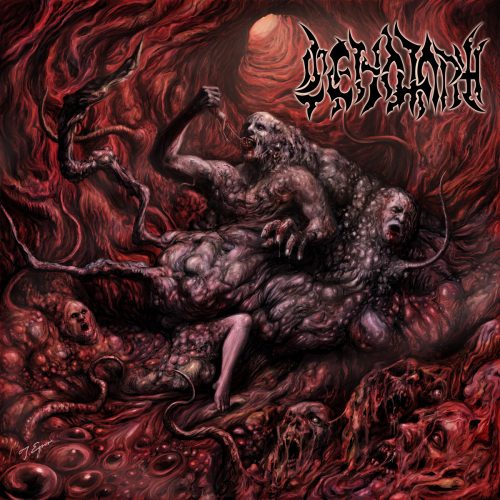 (Vonlughlio returns! With a guest review of the first new album in 7 years by the brutal death metal band from Turkey, Cenotaph.)

Brutal death has been great so far this 2017 (at least for me), with great releases such as those from Animals Killing People, Bacteremia, Dissociative Healing, Seminal Embalmment, Abuse, Coprobaptized Cunthunter, Exsanguinate, Intoxicated Blood, and Interminable Corruptions, to name a few.

What makes it even more special is the release of Cenotaph’s Perverse Dehumanized Dysfunctions after 7 years of silence. This is one of my all-time favorite BDM bands, ever. When they first announced the plan to release new music, I literally shed tears of happiness (yes, I’m not afraid to say it). You have to understand that at that moment in time I thought the band was done and that a new album would never see the light of day. 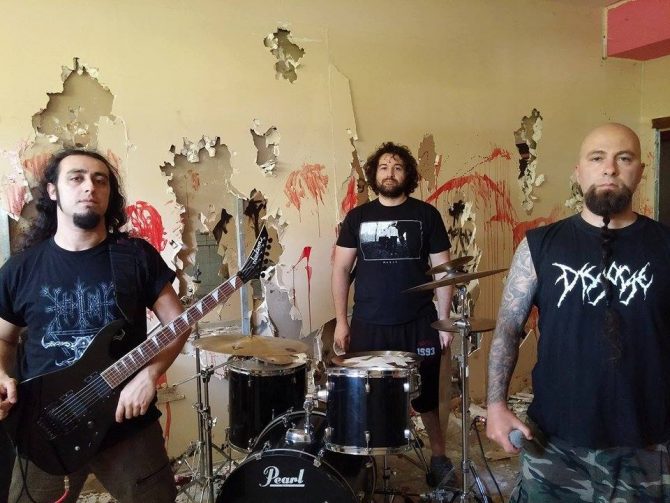 After the announcement was made, I found myself wondering whether they would change their sound to please new generations of fans. Would they maintain the elements that distinguished them, or move in some new direction? Some bands this year managed to change their sound, and that didn’t work so well for me. However, after the release of their single “Syndromes of Deadly Endogenous Intoxication” most of my doubts were gone.

And then the album was released, and for two days straight it was all I would listen to. After that I wanted to listen to their whole catalogue. I started with the first album Voluptuously Minced from 1996 and proceeded on to their second album, 1999’s Puked Genital Purlulency. The reason I mention this is because those two in particular came to mind while listening to their new one. Something about the song structures and riffs made me think of those particular releases.

Perverse Dehumanized Dysfunctions has a cleaner production, but the overall sound is very organic. It’s full of interesting and great riffs that keep the listener engaged during each moment of the songs. The drums are well-executed and played in a way that complements the guitar and bass. For the recording of this album, the session bass player was Maestro Anton Zhikharev (Neurogenic, Posthumous Blasphemer, and Fleshbomb) and he just crushes it in each of the songs, and his small solos add even more depth.

Mr. Batu Çetin is the soul of this band and he has always managed to surround himself with amazing musicians through the years. This time around, the current lineup consists of: Batu Çetin (vocals), Alican Erbaş (Drums), Erkin Öztürk (Guitars), and Cihan Akün (Bass).

This was one of my most anticipated albums of 2017 and I was not disappointed at all. In fact, this has become my second favorite of all their releases. Mr. Çetin is a great musician and along with the other excellent musicians in Cenotaph he has crafted music on the new album that has the sound of timeless art for this brutal form of art, and it should get all the recognition and acclaim that it deserves. Any fan of Brutal Death Metal should pick up a copy when they get the chance.