The sound of Rebel Wizard has now become branded in my head; I would have known this first song was a Rebel Wizard creation even if the music’s source had been concealed. And in an age in which new metal arrives every day in a flood, with so many bands rushing through ravines already carved by their influences, creating a distinctive style and sound is a rare achievement, and even more rare when it’s distinctive despite being difficult to categorize in conventional genre terms. 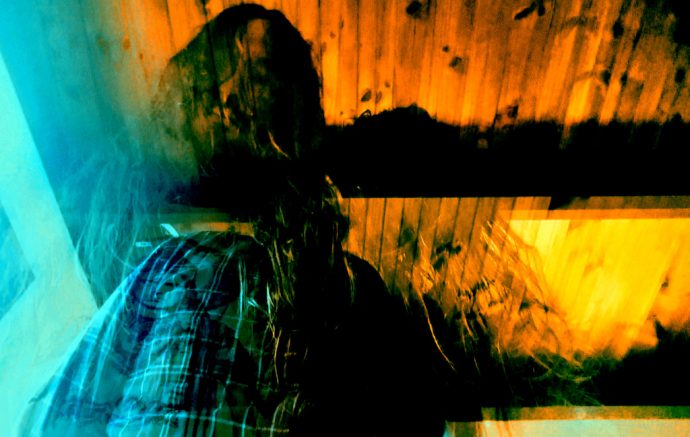 Beginning in obscurity roughly five years ago as something of a side project for the solo Australian artist NKSV, whose recordings of black and ambient metal under the name Nekrasov date back to the ’90s, Rebel Wizard’s profile was justifiably elevated earlier this year when Prosthetic Records reissued the project’s 2016 debut album, Triumph of Gloom (reviewed at great length here, because in my case enthusiasm seems to demand truckloads of words). Now, Prosthetic will be following that reissue with a new Rebel Wizard EP entitled The Warning of One.

It’s described as “Four anti-shamanic pre-fetal negative metal anthemic warnings of ‘one'”. The song titles are: “One I Seek”, “One I Know”, “One I See”, and “One I Call”. In the words of NKSV, “negative wizard metal once again proves that in an era of ‘the shell’ and fevered, self-righteous evolution, we can abandon hope and rest blissfully within the mystical indifference of the wizards majestic riff.” It’s “negative” in the sense of manifesting a desire to negate the confines of categories and labels, not gloomy in its atmosphere but instead a weapon intended “to smash out the coerced gloom and banality of our times”.

A stream of the new EP’s first track emerged yesterday — and here again is that distinctive sound, a hybrid of riffs and leads in which one can detect thrash, NWOBHM, and power metal; scalding vocal explosiveness that makes one think of an enraged panther that has also been set on fire; heavy, head hammering low-end rhythms; and in this particular track a triumphant starburst of a solo and a closing melody that both merit the well-worn term “epic”.

The Warning of One will be released on cassette tape and digitally on August 18. 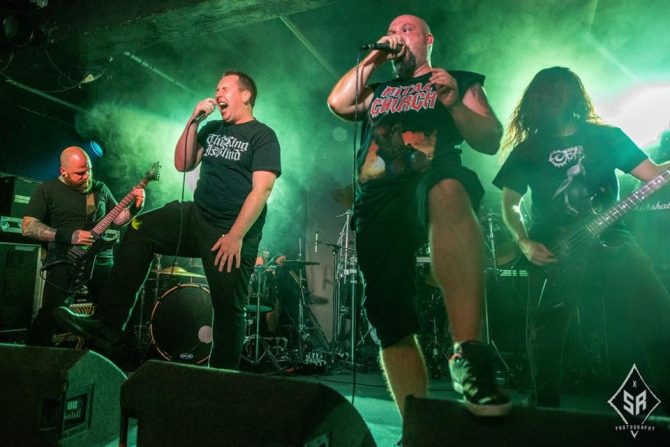 THE KING IS BLIND

Last year the Essex quintet The King Is Blind released their debut album, Our Father, which our Andy Synn described in his laudatory review thusly:

“The King Is Blind deal in a very particular brand of visceral, Doom-inflected Death Metal that seeks to put a fresh spin on a brace of grim and gritty Old School influences. Think a blending of early Entombed/Autopsy/Paradise Lost, with a dash of Black Metal and some punky/crusty Grind undertones thrown in for good measure, and you’ll probably end up somewhere in the right sonic ballpark.”

It seems that The King Is Blind are in the final stages of completing a new album to follow Our Father. They promise more details soon, but for now have just released a titillating trailer for this second album that Andy and I thought was worth recommending. You can and should investigate it below. 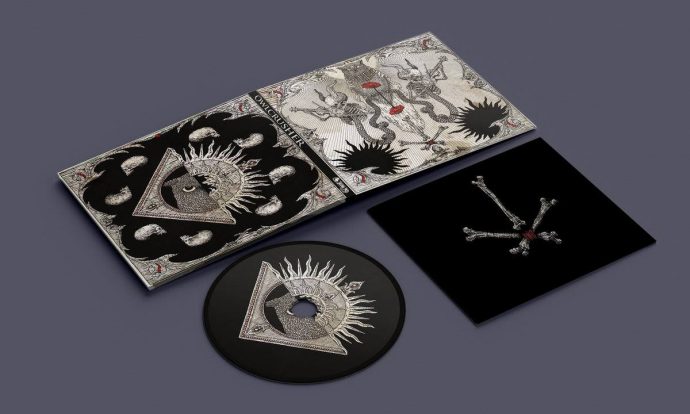 Northern Ireland is home to the obliterating blackened sludge/doom band Owlcrusher, whose self-titled debut album was digitally self-released via Bandcamp not long ago. It didn’t take long for Seeing Red Records to seize an opportunity to sign the band and to organize a physical release. As you can see, it’s a very pretty package — a limited-edition, hand-numbered digipack CD in a slipcover that includes artwork by one of my personal favorites, Adrian Baxter. It’s due to ship on October 6. The album will also be released across a wide range of digital platforms.

Why such immediate and fully-backed enthusiasm? Well, you can find out for yourselves through the album stream below. It’s more than 40 minutes of music, much more than I could hope to capture in this brief piece of news. But I’ll say this much: It will pull you right out of yourself, and slowly sink you into lightless depths of pure catastrophe… but that long fall through viscous, poisonous waters turns out to be mesmerizing as well (and there are riffs in these tracks that are hard to get un-stuck once you hear them). 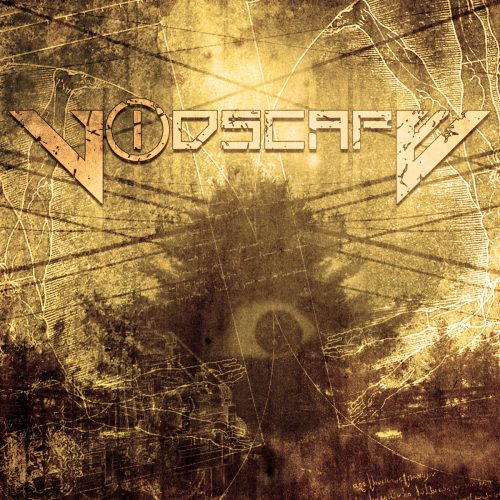 Voidscape is a new project based in and around Clifton, New Jersey. I first paid attention to it because the band includes vocalist Mike Ximenez Gundsalv, who also fronts the excellent NJ band Windfaerer, about whom we’ve written more than once in the past. But the principal creators of the music are the duo of drummer Justin Spaeth and guitarist Bobby Torres — and they’re really on to something that’s very appealing.

Below you’ll find a stream of their 2017 debut demo released just days ago, consisting of two tracks, and a recently released playthrough video that features all three performers.

“Monochrome” is a high-energy, thrash-influenced melodic death metal gallop, bursting with life and salted with melodic motifs that are tremendously (and immediately) catchy. And it also includes a slower, silky smooth instrumental diversion that makes it even more seductive. “Wanderer” is less racing and more hammering, but also perhaps more prog-minded and jazz-influenced in its permutations. The vocals in both are searing in their savagery. 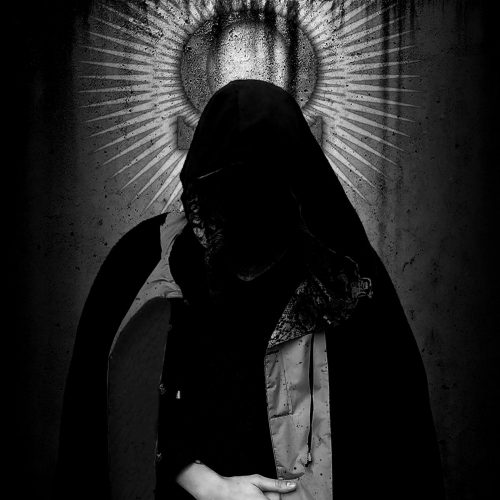 Early this year I wrote about a song called “The King of Dead” that appeared on an EP entitled Mors Introivit In Orbem Terrarum by a one-man black metal band from Tbilisi, Georgia, named Project Omega. Later I recommended the project’s debut album Regno Della Morta Gente. Now it appears that Project Omega is working on a new album to be named Adhaesit Pavimento Anima Meal.

Two songs from the new album have surfaced so far, one of them just yesterday. “La Diritta Via Era Smarrita” is the new one. The other one is “Lultima Sera Inferna“. The throat-abrading vocals in both are wrenching in their expressions of agony, and while the music is undeniably cloaked in darkness and incipient dementia, and is also physically arresting, both songs are dreamlike and hallucinatory as well, an aspect enhanced by the occasional clean vocals as well as the flights of gliding ambience and the intricate, mercurial twisting and turning of the often dissonant arpeggios.

Complex, multi-textured music for sure, and thoroughly engrossing.

(Thanks to starkweather for making me aware of these new Project Omega songs.) 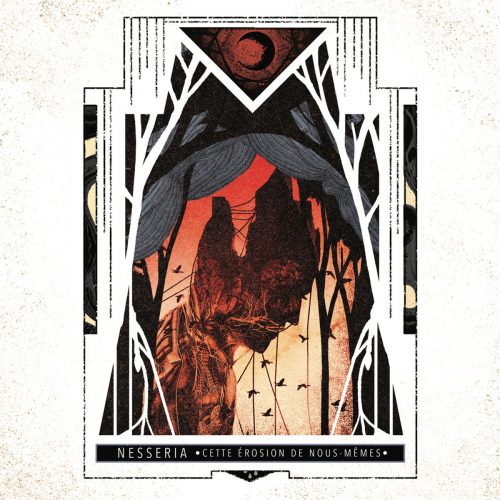 The third album of the French band Nesseria is named Cette érosion de nous-mêmes. It will be released on October 6 by the amusingly named but very tasteful French label Throatruiner Records (as well as by Deathwish Inc. on vinyl and Deadlight on CD). “Massive, grinding metallic hardcore” is how the label describes the music of Nesseria, with notations that also mention the influence of black metal.

One track from the album named “La Chasse Aux Écureuils” appeared yesterday. Google Translate tells me that this means “Squirrel Hunting”. Not exactly a conventional metal or hardcore song name; no doubt there’s a story behind it, but I don’t know what the story is. I do know that the song is a gripping one, combining blood-raw vocal extremity, battering rhythms, peals of dissonant fanfare, and intense currents of emotionally powerful melody that flow through both the slow, doomed segments and the frenzied torrents of fragmenting despair. 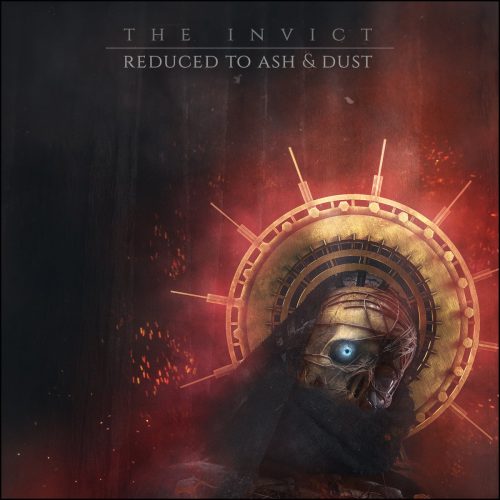 When I saw the genre tags on the Bandcamp page for the new single by the Dutch death metal band The Invict, I confess that I nearly skipped past the song. Words like “djent” and “djenty” have that effect on me, I’m afraid. But I was intrigued by the artwork for the single (created by Sevi Iko Domochevsky), and so I listened anyway. Very glad I did — it was not what I expected.

“Reduced To Ash & Dust” begins as a mid-paced crusher, melding big groaning and hammering riffs and bone-breaking drumwork with filaments of bleak, dissonant melody and malignant, carnivorous growls. The song builds in intensity and speed, becoming even more battering and alien as the band step on the accelerator.

The Invict tell us that this is the first of several singles they plan to release this year, all of which will eventually appear on an album. 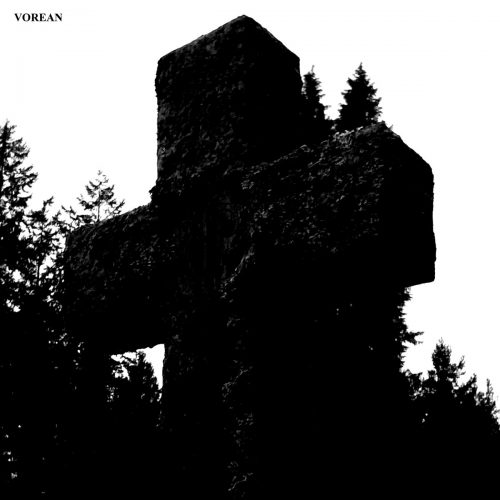 Vorean’s appearance at the end of this post isn’t intended to signify that it’s the least accomplished of the tracks I’ve collected here today. In fact, it’s little short of astonishing — for two reasons.

First, the song you’re about to hear — “Legacy” — reaches out almost immediately and seizes the listener by the throat with the first instances of a bleak, twisted melody, and then erupts into an electrifying rush of hyper-speed riffing and blazing drum fire, with Vorean crying out in scalding howls. There’s a lot of very impressive guitar work in the track, and it displays a lot of compositional talent as well, becoming melodically memorable as well as just downright jaw-dropping in its execution.

The person who recommended this track to me (starkweather, once again) likened it to the sound of Florida’s Solstice, with a hint of black metal. I hadn’t thought about Solstice in a while, and that reference caused me to go back and listen again to some music from their amazing 1991 demo — the song “Transmogrified“, to be precise. And starkweather’s comparison seems quite relevant. I’ve included that Solstice track stream below, along with “Legacy”.

The second reason for astonishment is that Vorean is the solo project of Ryan C. Schmeister, a dude from Powell River, British Columbia, who just turned 19 years old on July 7. Think about that when you listen to “Legacy”.

P.S. When I first heard this song, the debut album on which it appears wasn’t out yet. But now it is (it was released yesterday). Though I haven’t yet heard the rest of the album, I’m including it below. If the rest of it is anything like “Legacy”, it will be worth a deep dive.