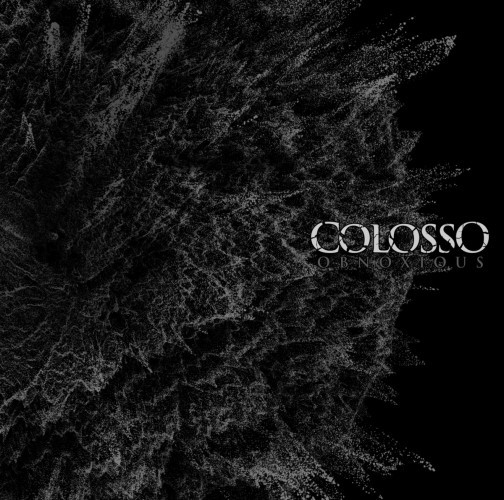 Last September the Portuguese death metal band Colosso released their second album under the title Obnoxious, which refers not to the sound of the music but to the lyrical focus of the songs — “the extreme void of society, a black hole created by egos, profit and chaos.” In advance of that release we premiered a lyric video for the album’s second track, “The Unrepentant“, and today it’s our pleasure to premiere yet another Colosso video. This one is for the album’s opening song, “In Memoriam“.

When we debuted “The Unrepentent”, I asked you to imagine the combined, coordinated sounds of a giant threshing machine applying its ministrations to a packed mass of fleeing bodies, a titanic rock crusher operating at tumultuous speed in a smoking quarry, and swarms of mechanical xenomorphs at war in an uncomfortably near-Earth orbit — because those were the visions that the song spawned in my own head. I have some different mental pictures this time. 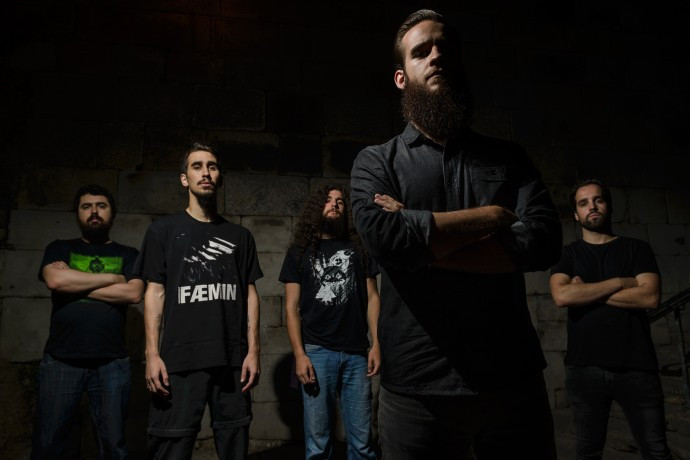 This time, envision a phalanx of giant piledrivers cracking concrete… in a war zone strafed with machine-gun fire… during an earthquake… with alien ephemera drifting through the destruction like spectres… and a madman howling his vituperations at the sky.

This is bleak, bruising audio punishment, a mix of crushing skeletal fragmentation and shivering, otherworldly atmosphere… with a video that manifests madness and black tears (and vibrant footage of the band discharging this ferocious sonic assault).

Obnoxious was recorded at Stone Sound Studio in Portugal; it was mixed by Colosso guitarist Max Tomé; and it was mastered by Aaron Smith (Jeff Loomis, 7 Horns 7 Eyes). It’s available via the links below — after which you’ll find the video for “In Memoriam”, as well as the previously released videos for both “The Unrepentant” and “A Noxious Reflection”.

And in other Colosso news, the band will be performing on August 6 (this coming weekend) at the VOA Fest in Portugal.

2 Responses to “AN NCS VIDEO PREMIERE: COLOSSO — “IN MEMORIAM””