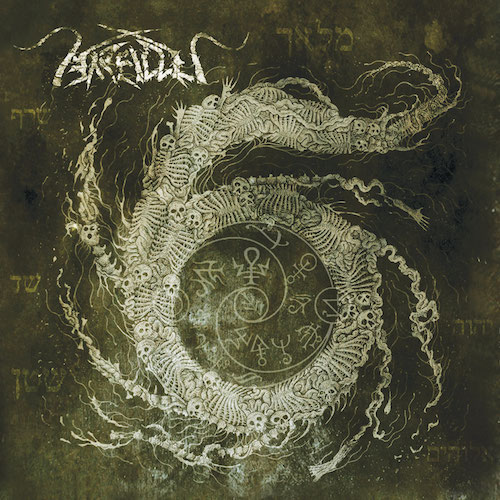 In many instances, the incorporation of such melodies by Western bands seems intended to create an exotic atmosphere (or at least exotic to Western ears), or in some cases a sense of ancient demonic forces looming in the shadows, or a feeling that the listener is in the presence of pagan rituals or arcane forms of mysticism that pre-date today’s dominant forms of monotheism by millennia.

But very few metal bands go as far as Arallu in making Middle Eastern musical traditions the beating heart of their compositions. You will hear the extent of their dedication in the song we’re premiering today, the third track from their new album, Six, a song called “Adonay“. 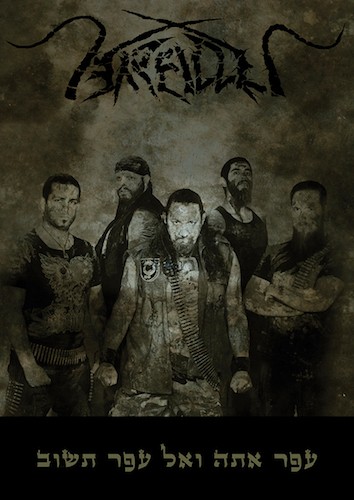 Almost 20 years have passed since Arallu released their first demo. Six is their sixth album in that span of years. They hail from Israel, but their name is Mesopotamian, “the name of the underworld kingdom ruled by the goddess Ereshkigal and the god Nergal where the dead are judged” (or so says the notation at Metal-Archives). In a holy place, their music is decidedly unholy.

Their guitarist Butchered has been the mainstay of the band over those two decades, but it’s quite evident from the song you’re about to hear that he has brought to his side some very talented allies, one (or more) of whom is skilled in instruments such as the Saz and the Darbuka.

Within “Adonay“, Arallu don’t simply sprinkle traditional ethnic music on an otherwise conventional metal song, like a light dash of cumin or coriander on a grilled piece of lamb. Right from the beginning, they embrace those influences, with a distinctive melody and Darbuka rhythm in the intro, and never abandon them, even when the heavy riffs, the torrent of blast-beats, and the ravaging howls come in. It’s still there in the sinuous, reptilian riffs and the distinctive soloing. It’s still there when they reprise the introduction in the finale.

To be clear, the song is also an ominous, jolting powerhouse of black/death metal. But to my own admittedly white-bread American ears, it’s fascinatingly different and intensely seductive.

Six will be released by Transcending Obscurity Records (India) on September 22nd, in both physical and digital editions. Pre-order via Bandcamp.

One Response to “AN NCS PREMIERE: ARALLU — “ADONAY””