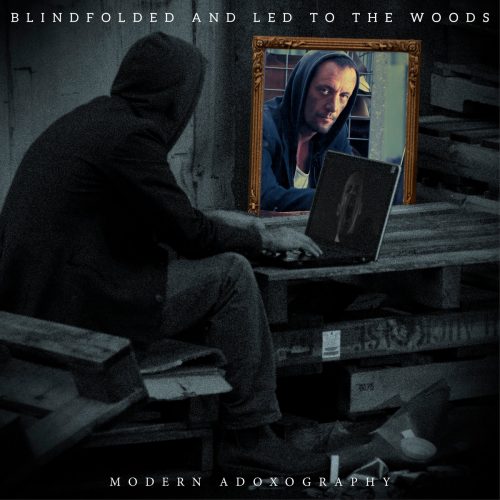 There’s a particular alignment of talents on display in the song you’re about to hear, and the successful execution of a strategy that usually attracts fans of metal extremity like iron filings to a magnet, but seems to repel (or at least mystify) more tender listeners: “Licking A Landmine” combines a staggering level of brute-force destructiveness with a brain-twisting brand of freakishness, and yet it manages to be catchy. At least to people like us, even after this landmine goes off and converts the listener’s head to smoking rubble, you want to lick it again.

“Licking A Landmine” is a track from Modern Adoxography, the second album by New Zealand’s Blindfolded And Led To The Woods. It’s set for release on Friday the 13th of October, timed to closely precede the band’s performances in Wellington on October 24th and Auckland on October 25th in support of the final New Zealand tour by The Dillinger Escape Plan. 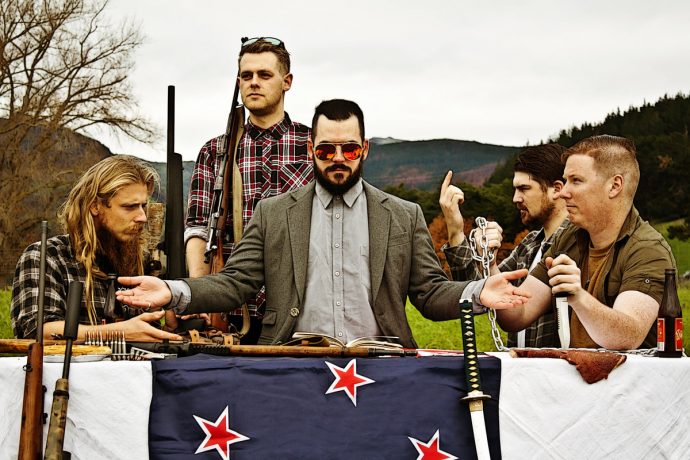 For the last seven years, Blindfolded And Led To The Woods have performed in their homeland with such bands as Cryptopsy, Revocation, Aborted, Suffocation, Decapitated, and Psycroptic. If you’re unfamiliar with the band, when you hear this new song you’ll understand why their association with names like those makes sense.

“Licking A Landmine” includes elements of brutal death metal, tech-death, and grindcore, all mixed together with doses of off-planet weirdness. It hammers like a titanic pile-driver splitting concrete, swarms in insectile frenzies, and erupts in note flurries indicative of batshit derangement. And yet, the band have also infiltrated hooks within this mad juggernaut of a track, which will in turn infiltrate your head.

Modern Adoxography delivers ten tracks in thirty-five adrenaline-fueled minutes. The album was produced by Joseph Veale and the band, and it was recorded at Blue Barn Studios with James Goldsmith, mixed by Samuel K. Sproull, and mastered by Alan Douches at West West Side Music. The artwork and design were created by Syn Photography.

You can pre-order the album on CD or digitally via this link:

Modern Adoxography Track Listing:
1. The Owl and the Great Oak
2. Licking A Landmine
3. A Restless Transplant
4. The Pupil Constellation
5. Dust Between Bones
6. 33440
7. Meth Tooth
8. The Earwing Part II
9. Hospital Bed White
10. The Old Man With The Bell Around His Neck