I’ve been immensely enjoying the new Falls of Rauros album, Vigilance Perennial, though berating myself for not yet collecting my thoughts in a review. With luck, I’ll get that done in the coming week. For now I’ll just offer a few words about the first advance track from the album, “White Granite“, which premiered at DECIBEL on Friday. 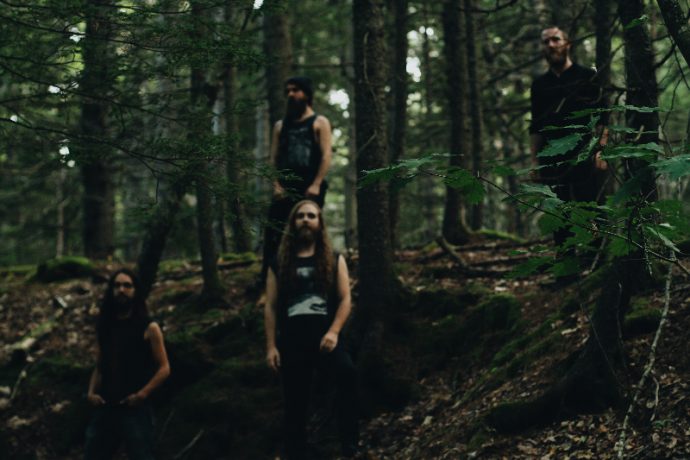 “White Granite” opens the album and, like the album as a whole, displays the band’s ability to carry the listener away into an immersive trip, one with changing shades of light and dark, power and pensiveness, and a strong yet changing emotional resonance throughout. While the vocals are as scalding and wrenching as ever, the song is filled with moments of beauty as well as passages of surging and soaring intensity.

Few bands (Panopticon being one of the others) have been as accomplished as Falls of Rauros in creating grand atmospheric panoramas of Americana within a malleable framework of black metal, folk music, and progressive metal. “White Granite”, in the richness of its design and the skill of its execution, is further proof of that.

The cover art for Vigilance Perennial was created by Sólfjall Design. The album will be released on March 31 by Bindrune Recordings and Nordvis Produktion. Pre-order links are below. 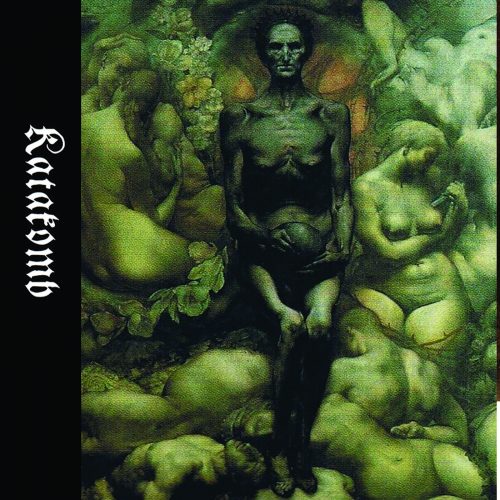 The next song in this collection is one of two that appear on the debut demo of a one-man Swedish project named Katakomb. Entitled Chained To A Wolf, it’s 21 minutes long despite the brevity of the track list and it will be released on tape by Iron Bonehead Productions on April 14.

The title track is the one you can hear below. The second track is “μάρνᾰμαι”, which a Google search reveals is a classical Greek word that means “I fight” or “I strive” — and that seems to accord with Katakomb’s dedication of the demo: “May it reach the shores of heaven, that something is awake beneath the sunless waters. Two songs In honor of the god of war…”

I’m completely fascinated by this song. It creates an aura of grandeur befitting a paean to the god of war while also summoning the terrors of violence and death. The sound is dense and harrowing, and the vocals are deep, distorted manifestations of bestial malevolence, yet solemn voices soar and the melodies resemble the clarion calls of battle trumpets. The riffing becomes frenzied as the song drives into a cacophonous fury, but sorrowful and haunting in its less torrential interludes.

It’s very much like an immense, dramatic pageant captured in sound, an inventive and dynamic black metal symphony of savage glory and sacrifice. Fantastic. 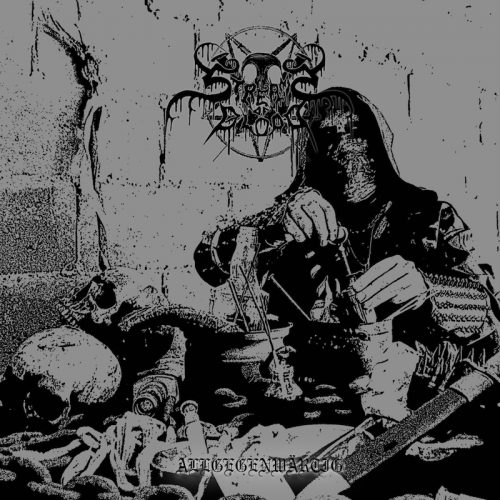 The new third album of the German black metal band Streams of Blood is named Allgegenwärtig (which seems to mean “omnipresent” in English). It will be released by Folter Records on February 25. I haven’t yet made my way deep into the album, but I do strongly recommend the one song that’s now publicly streaming.

“Detox” begins at a slow pace, ominous and heavy, freighted with looming peril and hungering malevolence. When the music accelerates and the riffing begins to swarm and seethe, it’s like experiencing a huge surge of electricity through the brain, and the music’s grim vibrancy remains gripping as the rhythms continue to change and the riffs move from slaughtering assaults to sweepingly atmospheric cascades of pale, frigid melancholy. As heavy and harrowing as the song is, it’s also a mesmerizing piece of dark art, and a memorable one. 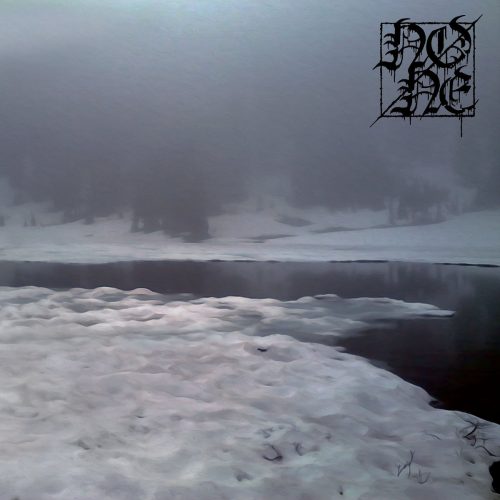 The next song is named “Wither“, and it comes from the self-titled debut album of a band from the Pacific Northwest named None. Hypnotic Dirge, which will be releasing the album on April 11, recommends it for fans of such groups as Shining, Coldworld, and Woods of Desolation.

“Wither” begins in spooky fashion, as if entering a realm of lost souls, and that haunting atmosphere never goes away, even as the drums begin to pound in a solemn gait and the craggy riffs and equally craggy voice come in. The vocals build to a pitch of feverish agony, helping drive the music to crescendos of chilling pain and emotional devastation. As the intensity of the music swells, you can feel your heart sink lower and lower, beckoned onward into the gloom by the reverberation of sepulchral melody, sodden with tears and bereft of hope. 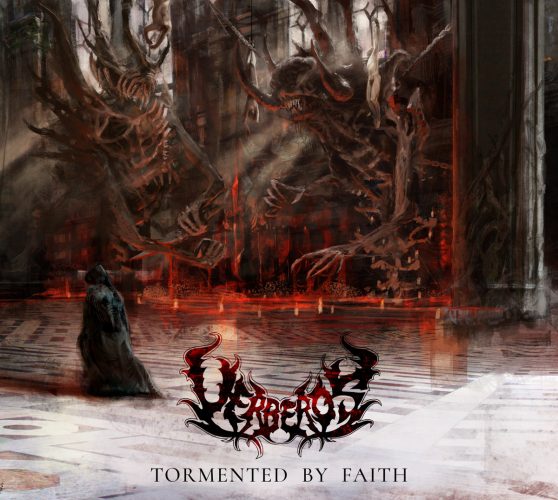 With this next release I’m bending the usual parameters of this SHADES OF BLACK series, because Ueberos have more death metal in their DNA than black, but the album is such a big and pleasant surprise that I didn’t want to delay slobbering all over it with words.

Ueberos are from Żory, Poland, and their debut album, Tormented By Faith, was released on February 10. According to Metal Archives, three of the band’s four members are also in a death metal band named Inset, who released an EP in 2012.

Drawing influence from such bands as Decapitated, Immolation, and Morbid Angel, Uerberos deliver high-speed savagery with impressive skill. The seething riffs are cloaked in an atmosphere of grim ferocity, matched by an equally barbaric vocal performance that’s both bestial and imperious. The jet-speed obliteration of the drumming is yet another striking feature of the songs, threatening to steal the show at every turn with rapid changes (and great cymbal work).

While the dominant sensation of the music is one of supremely sinister and feral frenzy, the band also astutely break the breathtaking torrent of their sonic assault with dismal digressions (though they don’t last long) and feed the blaze with head-spinning arpeggios. The technical pyrotechnics on display are jaw-dropping, but the songs are really well-constructed, too.

The album is, in one word, astonishing.

(Thanks again to Miloš for recommending this to me.)

Tormented By Faith features eye-catching cover art by Mariusz Harasymów. It’s available digitally via Bandcamp and in a digipack CD edition through the second link below. 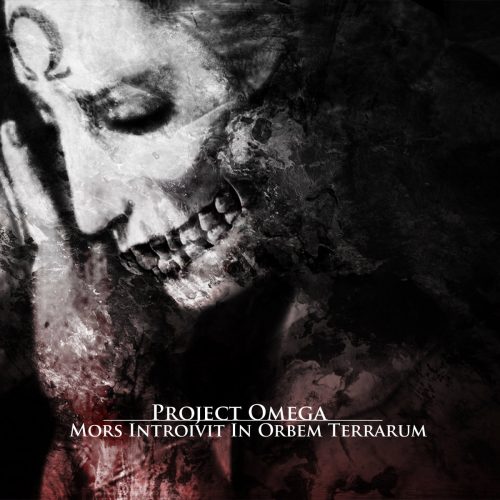 To conclude, I want to recommend the new EP by the one-man Project Omega from Tbilisi, Georgia. Last fall Project Omega released its debut album Regno della morta gente, and the new EP is named Mors Introivit In Orbem Terrarum. It was released on January 27 and is available on Bandcamp.

If the name Project Omega sounds familiar, it may be because I wrote about the first advance track from the EP in a SEEN AND HEARD collection during the first week of January.

Because I need to wrap up this post, I’ll say only that the rest of the EP proves to be just as impressive as that first song. Do listen to it.

5 Responses to “SHADES OF BLACK: FALLS OF RAUROS, KATAKOMB, STREAMS OF BLOOD, NONE, UERBEROS, PROJECT OMEGA”