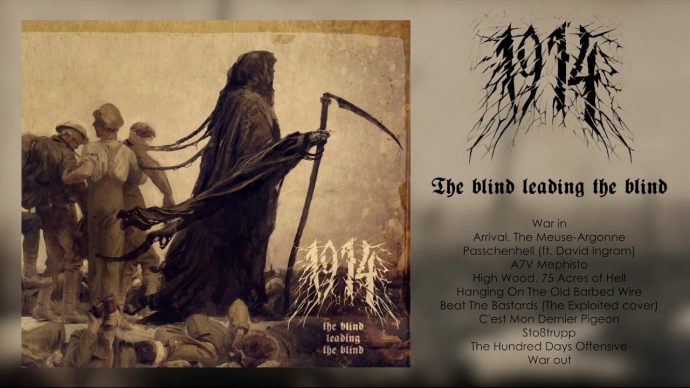 1914 are based in Lviv, Ukraine. Their debut album Eschatology of War was released at the end of 2015 by Archaic Sound. As the band’s name suggests, they have devoted themselves to exploring the horrors of World War I in their music. That’s rare subject matter in metal, and for that reason alone I decided to explore that first album, and came away mightily impressed by its blending of samples from period songs and punishing hellfire, and by its agile balancing of musical elements from black, death, doom, and even progressive metal. I wrote at the time: END_OF_DOCUMENT_TOKEN_TO_BE_REPLACED

The sound of Rebel Wizard has now become branded in my head; I would have known this first song was a Rebel Wizard creation even if the music’s source had been concealed. And in an age in which new metal arrives every day in a flood, with so many bands rushing through ravines already carved by their influences, creating a distinctive style and sound is a rare achievement, and even more rare when it’s distinctive despite being difficult to categorize in conventional genre terms. END_OF_DOCUMENT_TOKEN_TO_BE_REPLACED