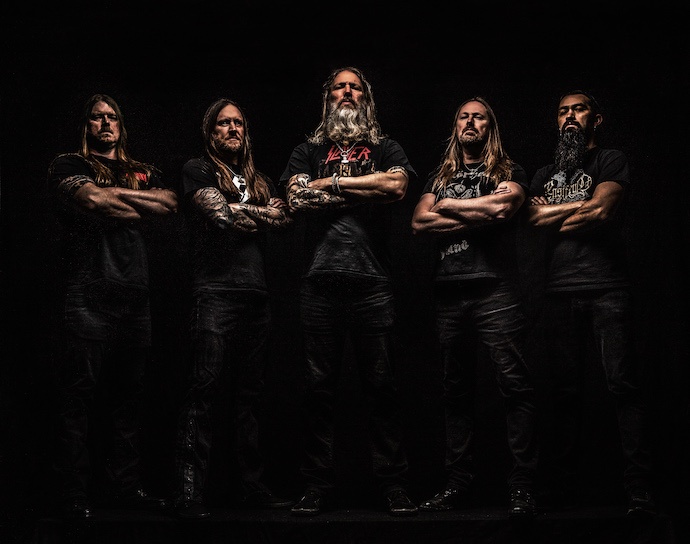 (DGR has finally gotten around to reviewing the latest album by Amon Amarth, which was released last Friday by Metal Blade Records.)

While digging around in old files and folders I came across the old draft of my review for Amon Amarth‘s Berzerker, wherein the opening line – since scratched – was ‘fuck it, let’s do this’.

Even then, and especially around the release of Amon Amarth‘s Jomsviking album, it had become clear that the band that I’ve long referred to as one of a small handful of fantastic shuffle bands in the world were getting to be huge and had started to ascend in their career to the point of becoming more spectacle than music.

That’s fine but it just represents a shift in priority for seeing them live, much in the same way one might see Kiss, Iron Maiden, Gwar, or Tool. Yeah, you get a bonus and it feels great actually knowing the music, but you really don’t need to any more, because the band have become a spectacle to witness. The recent release of Amon Amarth‘s 12th album The Great Heathen Army hammers this fact home. Instead of Amon Amarth being the super-heavy melodeath-skirting Viking pillagers, they’ve become a spectacle themselves. Fewer runes and gravesites and a whole lot more medieval times.

However, since I’ve been the one to write about Amon Amarth releases here for a while now – though I skipped Jomsviking – l felt weirdly drawn to The Great Heathen Army. The traveling show that is Amon Amarth doesn’t really need our corner of the internet much these days, but there’s some amusing stuff happening within this album, so as the old draft for Berzerker said ages ago, 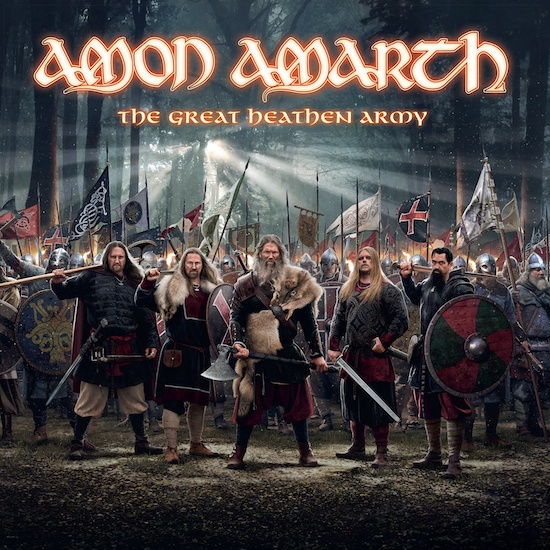 The Great Heathen Army is Amon Amarth‘s twelfth album, When a band get this deep into their career, albums will often start getting a little bit more loose and wild in terms of the band’s blueprint. Amon Amarth are one of those bands who’ve built a reputation out of being rigid with their style – hence why they’re a great shuffle band. It’s a strong core formula such that no matter the album, you’ll generally have a good time. But The Great Heathen Army shows that the band are willing to go for the “throw a bunch of styles at the wall” approach and see what sticks.

The Great Heathen Army is not loose and wild in terms of style. It is polished as hell and very shiny in comparison to the low rumble and thundering drums of earlier Amon Amarth discs, but in a way this album reminds a lot of 2013’s Deceiver Of The Gods in that it is the most “collection of singles” album Amon Amarth have dished out in a while. Every song has its own style this time around, and Amon Amarth have put in a lot of work on this release, to the point of even having the pacing between each song be starkly different, so that even though The Great Heathen Army may have a historical theme for subject matter, musically the throughline is a little more nebulous.

Amon Amarth have long believed in the maxim of never going broke playing to the cheap seats, so even though the new album is a lot more scattered in terms of its overall style, just about anyone could walk away from it with a four-to-five song EP’s worth of their favorite songs. The interesting part will be just how different each individual collection will be.

There are absolutely some low, thundering rollers in song form – the Amon Amarth staple – with songs like “Skagul Rides With Me”, “Find A Way Or Make One”, and “Oden Owns You All” standing firm as the vanguards there. Likewise, if you’ve long characterized Amon Amarth as the long, flowing hair moving in a circle-headbang, the titular “Great Heathen Army” and “Dawn Of The Norsemen” have solid moments. This secondary style is such a strong part of the Amon Amarth identity though, that they’ve made sure to work in at least one or two such episodes in nearly every song save for two. 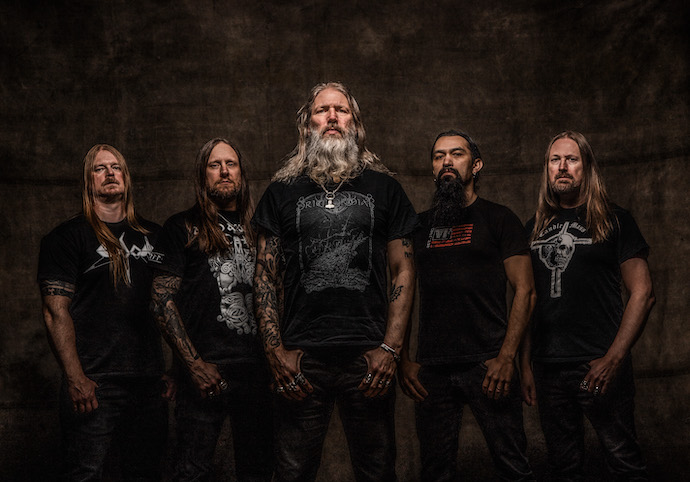 Even a more cartoonishly machismo-inflected track like “Get In the Ring” has some solid nodding-along-to-it potential, though the near-literal step-by-step nature of the song called to mind the concept work of the Jomsviking album wherein every step of a fight being spelled out laborious detail starts to give the feeling that Amon Amarth are leaning hard into the caricature early.

“You either die the villain or live long enough to become one” is a phrase bandied about often enough, and the same could apply to a band like Amon Amarth with regard to folk-metal. My personal tolerance for the tankard in hand, crooked arm swinging back and forth ‘yo-ho-ho’ style of musicality is on the low side, but it still isn’t too shocking to see Amon Amarth break out a song of that style with “Heidrun”. Full of call-and-response moments, plenty-o-swaying back and forth, and yes, a whole lot of descriptions of drinking mead, “Heidrun” verges on part bar drinking song and part theme-park ride. It is a very different song from a lot of Amon Amarth‘s material so the breath of fresh air is amusing at least, though it isn’t one of the highlights here.

One of those, however, is in early lead-off single “Saxons And Vikings”, mostly since the music behind the vocal work is so goddamned strong that they could’ve literally laid the lyrics to any song over the top of it and had a barnburner of a track. Instead, this is where the band make full usage of a guest appearance by Saxon vocalist Biff Byford for a song that is about as literal as “Get In The Ring” before it in describing its events – this time dealing with the Viking invasion of England and two characters challenging each other.

The two challenging each other throughout the song and the eventual refrain of how there could be ‘no truce between Saxons and Vikings’ make it hard not to imagine the song as a stage musical, an Amon Amarth take on a musical fight scene. We’re just short Johan Hegg doing a few spins and wild hand motions to complete the picture. It’s a fun track that is more spectacle than song but it’s also one of the better ones on The Great Heathen Army, showing that every now and again when Amon Amarth do decide to use a guest appearance it usually works out well. I still think “Hel” from Deceiver Of The Gods is one of the higher-ranked ones on that front, though.

In the end though, you can’t help but wonder if the Amon Amarth songwriting sessions for The Great Heathen Army were similar to the way this here writing was approached. The idea of ‘fuck it, let’s go for it’ is so strong, and at this point it seems like Amon Amarth are up for anything this deep into their career. That’s fine; it’s nice that they’re doing well and have long since achieved becoming a full-blown live spectacle – especially if the upcoming Obituary, Carcass, and Cattle Decapitation tour does well.

As mentioned before, The Great Heathen Army is likely to have four or five songs for each person to enjoy. Out of a surprisingly short nine tracks, that’s not a bad batting average. It’s just that you’ll find yourself glancing at your music player of choice more often than not with a raised eyebrow, uttering ‘wow, is that them?’ Nine songs, nine different experiences, plenty of opportunities to take a theme park ride in album form.