Here are a few items of interest I came across this morning that I thought were worth spreading around.

Winterfylleth are a UK black-metal band whose name should be familiar to long-time NCS readers, since I’m high as a kite about this band, having fallen head-over-heels for their second album, The Mercian Sphere (2010). In May, I reported that Candlelight Records was re-issuing the band’s debut full-length, The Ghost of Heritage, after a remastering by Colin Marston. What I didn’t realize then but have discovered this morning is how close the band were to completing their third album.

Now I know that Candlelight is prepared to release a new Winterfylleth album — The Threnody of Triumph — in September. I also saw that the September issue of Zero Tolerance magazine will include a feature on the band AND a track from the new album — “Void of Light” — on a bonus CD. I’m hoping that song will surface on the web soon. I’m eager to hear the new album. You should be, too. Find Winterfyleth on Facebook here.

I saw today the album art for the forthcoming album by D.C.-based crust/doom occultists Ilsa. It’s a real eye-catcher: 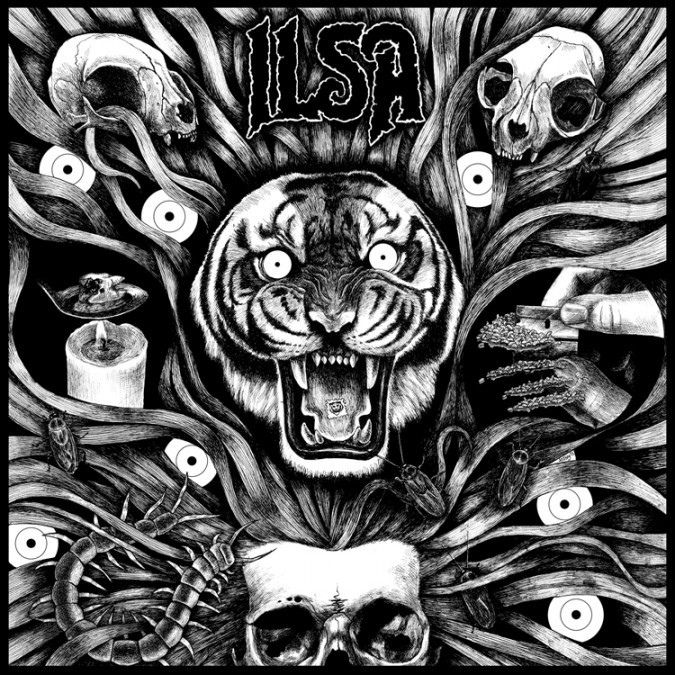 The album is named Intoxicantations and it will be released in October by A389 Recordings both on 12″ vinyl and as a digital download. I’ve previously featured a song from the album on NCS, but I’m gonna fuckin’ do it again, because it rules:

I also learned today that Ilsa is joining Gehenna on select dates of an East Coast tour. You can get details about that here. Ilsa is on Facebook here. 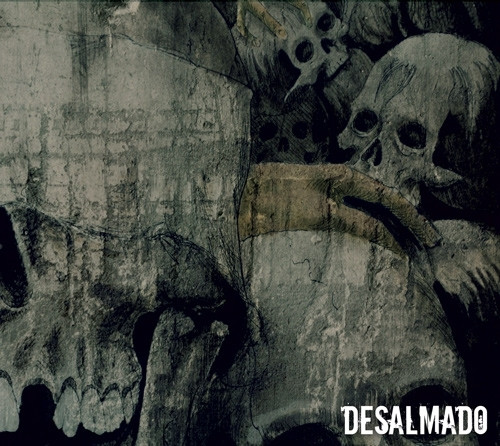 Today I also found out about a group of Brazilian grindcore demons named Desalmado, which I think is Portuguese for “we will gut you like a carp”. Their self-titled full-length album will be released tomorrow by Florida-based Greyhaze Records, but I found out that Metal Injection has recently hosted the official premiere of the band’s video for a song from the album called “Canibal Social”, which I think is Portuguese for “we eat our friends”.

I also found out that Stereokiller is hosting a full-album stream of the Desalmado record at this location. It’s head-wrecking shit — 15 tracks run roughshod in 31 minutes. Definitely worth hearing.

Greyhaze Records has made the album available for pre-order in a variety of options and bundles here, and THIS is the link to the band’s Facebook page. Here’s the video for “Canibal Social”: 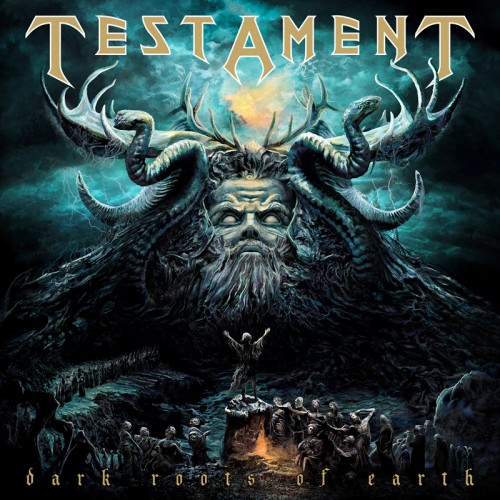 I also found out that Metal Injection has just premiered a video for “Native Blood”, a track that will appear on this veteran band’s new album, Dark Roots of Earth, which will be out on July 31. The video was intended to spotlight Billy’s Native American heritage — The Pomo Indians. The performance portion of the clip was shot on the Billy Ranch in Hopland, California, “where the flames were huge and the temperatures were high”. The story focuses on the growth of a young Native American as he combats racism and harassment, taking strength from his heritage.

The song rocks. Here’s the video:

One Response to “MID-DAY NEWS AND MUSIC ROUND-UP: WINTERFYLLETH, ILSA, DESALMADO, AND TESTAMENT”