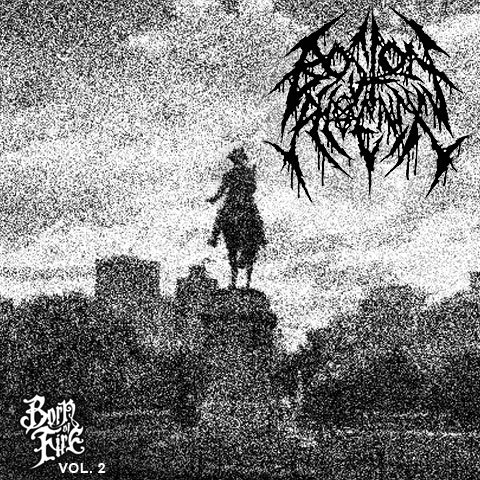 The Boston Phoenix is one of many “alternative” weeklies around the country published by the Phoenix Media/Communications Group. The Boston weekly goes back a long way — all the way back to 1966, when it was started under the name Boston After Dark. Today, the parent company announced that it is going to combine The Boston Phoenix and another local publication into a glossy weekly mag simply called The Phoenix.

More or less to commemorate the event, The Phoenix did something pretty awesome: It released a 17-track compilation of music for free digital download. It’s called “Vol. 2” because unbeknownst to me they released another comp last year. This new one looks killer.

It includes a track (“Weight of the World”) from Shadows Fall off their May 2012 album, Fire From the Sky, as well as Doomriders covering Devo (“Girl You Want”) and that awesome “Trucker Bombed” song from Sexcrement’s 2012 album Sloppy Seconds. It also includes a song from Abnormality (“Schismatic”), whose new album DGR reviewed for us just two days ago. It includes songs from Morne, Tenebrae, Wormwood, and a whole lot more.

I’m not familiar with more than half the bands on the comp, but the ones I do know I like — which tells me this whole comp is probably worth checking out. Besides, you can download it for free off Bandcamp right now, and that makes it pretty much a no-brainer.

Stream all the tracks after the jump if you’d like to get a taste before you leap over to The Phoenix Bandcamp page.

3 Responses to “FREE SHIT FROM THE PHOENIX”