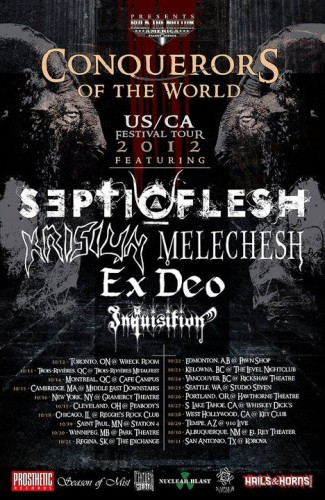 I saw the news that this Canadian band we’ve been following for a while at NCS now have  release date for their new album — Embers and Revelations — which will be released by Relapse Records. Playing a hybrid of black and death metal with an ethnic Indian influence, Weapon is definitely a band worth watching, and this album should definitely be worth hearing. Pre-orders are being accepted at Bandcamp here.

I saw via Metal Sucks that Ensiferum have released a new official video for the song “In My Sword I Trust” from their forthcoming Unsung Heroes release.

Ensiferum may trust in their swords. I trust in Ensiferum to deliver folky pagan battle metal that makes the heart swell.  From what I’ve heard of the new album so far, the trust is well-placed.

Thanks to Utmu, I saw that San Diego’s Burning the Masses have released a new song. It’s a pre-production demo of a song called “Cyclical Decay”, which will appear on the band’s next album projected for 2013. I’ve been following this band for a while because they do lots of interesting cross-genre things in a sub-genre that’s stuffed with a lot of sameness.

This song is a very good example of that. It’s really all over the fucking map. Just listen: 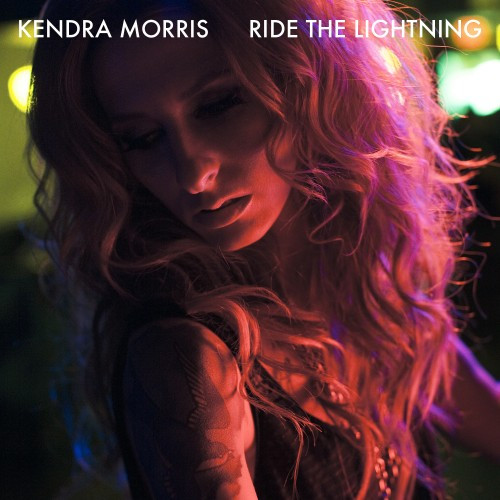 Okay, this will come to you completely out of left field, just as it did to me when BadWolf suggest I give it a listen. Definitely not metal, though it’s a cover of a Metallica song — “Ride the Lightening”. I have no idea who Kendra Morris is, but I have to say I like her soulful, jazzy voice. and what she’s done with this song is pretty creative. So I’ll end the post with this.

Kendra’s debut album, Banshee, will be released by Wax Poetics Records on August 28, 2012.

16 Responses to “QUICK AND DIRTY”