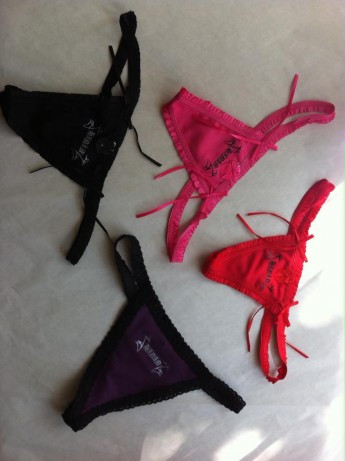 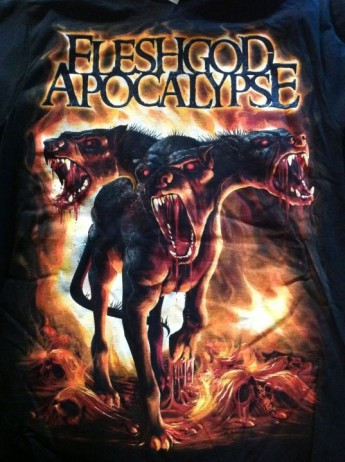 Welcome to another edition of “The World of Merch”!  Actually, it’s the first edition of the series, and most likely the last.

I just saw these pics on the web this morning. On the left, Shining (Sweden) bring you logo panties, along with this announcement. “Shining are playing Summer Breeze Open Air this Saturday (Party Stage 19:50) and are bringing along new merch items! These and others will be on sale at www.shininglegions.com later as well, but if you’re heading towards Germany, why not surprise yourself or your girlfriend with a nice festival souvenir.”

I really didn’t see this one coming, not from a band like Shining. The least they could have done would have been to go crotchless or scratch ‘n’ sniff. Though I would definitely surprise myself if I bought one for me. My wife would be surprised if I gave one to her, too. However, I would not be surprised if she then stuffed it down my gullet.

Is metal underwear a big seller? For all I know, it could be. I haven’t exactly made a study of the market for band-logoed thongs. I dunno, maybe bands enjoy the thought that their name is on something that rides up the ass of their fans, male or female, and catches skid marks and stray drops of pee pee.

Shirts, on the other hand, I know that shit sells, especially when they’re as eye-catching as that new Cerberus t-shirt that the awesome Fleshgod Apocalypse are hawking. That shit is strong.

I haven’t found out the identity of the artist yet. But apparently, Fleshgod are selling this shirt on their current North American tour with Kataklysm, Origin, Rose Funeral, and Vital Remains. The tour dates can be found here.

I’d pay to see that in a heartbeat, but sadly the Pacific Northwest isn’t on the itinerary. S’okay, though, I’ll continue to love Fleshgod Apocalypse, though to be clear, not in the kind of way that would cause me to give ’em Shining panties. 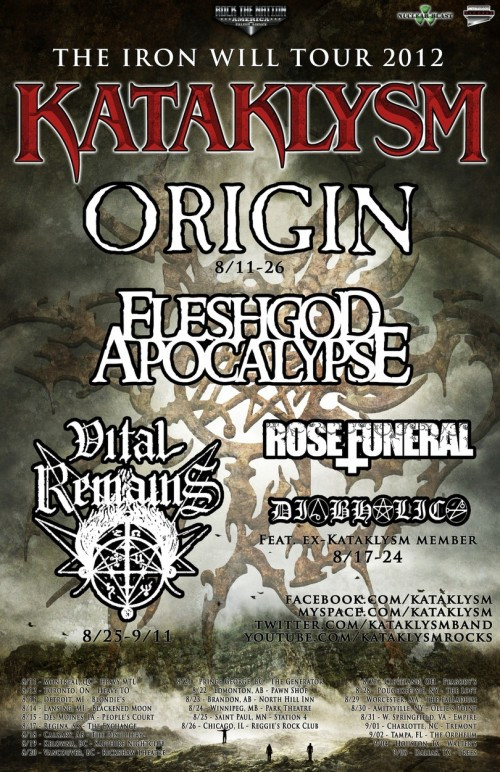 at one of our show in North America! Be sure to check The Iron Will tour out!

8 Responses to “WHICH WOULD YOU RATHER HAVE?”