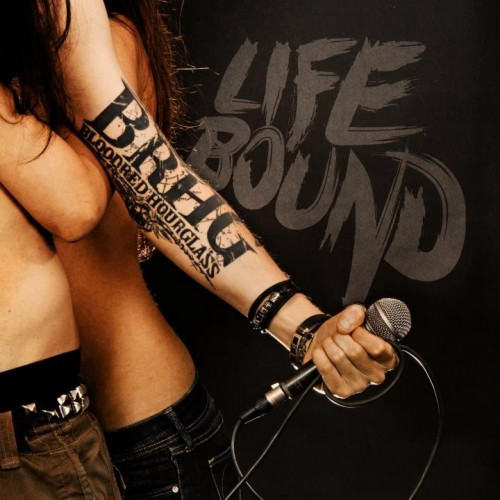 Finland continues to spawn excellent new metal. I know that’s not a revelation, but it’s in the front of my mind because I’ve been listening to my own latest Finnish discovery — a band from Mikkeli named Bloodred Hourglass. After a few demos, they recorded their debut album Lifebound last year and then succeeded in forming a relationship with the Finnish label Spinefarm, which is set to release the album on August 24.

I first got curious about Bloodred Hourglass after seeing a review of Lifebound by Madame X at the Angry Metal Guy blog (is she still a “probationary scribe”?). And then yesterday I noticed that the entire album was streaming at Finland’s Inferno magazine website, and I let it run roughshod through my head over the ether.

The music represents a confluence of styles. Thrash is the dominant ingredient, but it would be misleading to brand this a thrash album, because (as Madame X noted) it’s almost equally freighted with groove metal in the vein of Lamb of God, and there are hardcore and melodic death metal elements in the mix, too.

And then in addition to all that, the album includes unexpected instrumentals that don’t fit with any of those other genre references — sometimes as standalone songs (“We Lived Like Kings” and “Ghost Wounds”) and sometimes cropping up in the middle of something else (as in “Arcadia”). The instrumental music is so divergent from the band’s dominant motif that I can’t begin to explain it. But if I tried, I’d say it’s like being teleported to an alien mother ship for unnatural impregnation right in the middle of Breaking Bad.

I don’t know about you, but I happen to like surprises when going through an album, and taking a sharp left turn into a parallel dimension can fire different neurons and produce a greater “fuck yeah” sensation about the album as a whole. Which it does here. 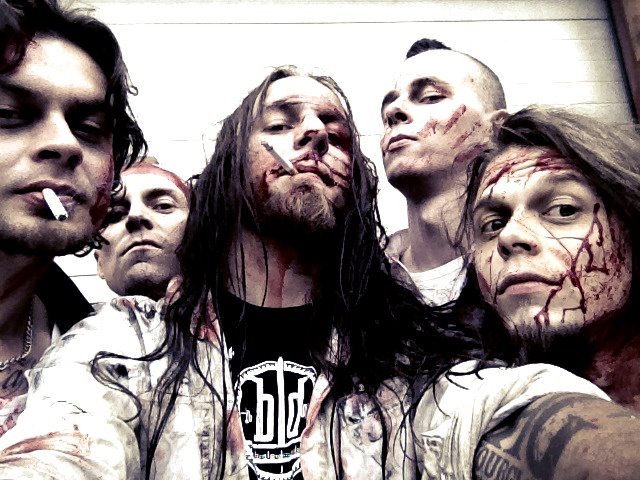 All the instrumental musicians in Bloodred Hourglass know their stuff, and their vocalist hits so damned many sweet spots, from cauterizing howls to the roars of something that wants nothing better than to clamp its teeth down on your haunch and chew. You just want to let your hair down and put as many skull dents as you can in your drywall before the neighbors call the police.

I strongly encourage you to go listen to this album stream while it lasts. Because this is a Spinefarm release, it probably won’t see the light of day in North America until 2013 — a strategy that no other European label I know of seems wedded to, and allow me to ask for the 1,000th time, what the fuck is up with that? THIS is the link for the music, and it includes a track-by-track description (for those who read Finnish, and if you don’t, forget about Google translate unless you’re really high).

As you surely know, I’ll be fucked like a tethered goat before I’ll finish a post without some music that I can stream here, and in the case of Bloodred Hourglass I have one and only one sample — this video for “Above All”. Saw some fuckin’ wood and bang your fuckin’ head, and i you don’t, you’re dead to me:

If you know what’s good for you, you’ll go like Bloodred Hourglass on Facebook here. You might be the person who puts them over the 1,000 mark, since they’re awful damned close. THIS LINK will take you to the band’s official web site.