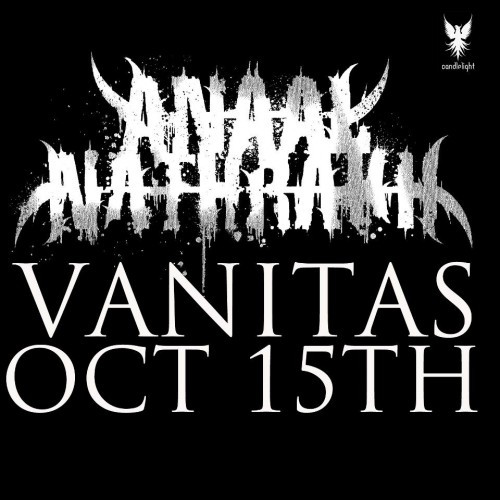 Well, well, look at what popped up on Anaal Nathrakh’s Facebook page (here) a couple of hours ago. Though there hasn’t yet been any official press about it, I believe this confirms that the name of their next album is Vanitas and that it will be released on October 15 by Candlelight Records. And lookie what else I found — a page where the album appears to be available for pre-order (here) that includes a small image of the album cover: 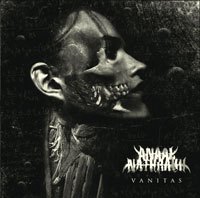 You may think that “vanitas” means “vanity”, and so it does, but it also means “emptiness” and has connotations about “the meaninglessness of earthly life and the transient nature of all earthly goods and pursuits”. “Vanitas” was also the name given to a genre of still-life painting that flourished in the Netherlands in the early 17th century, usually containing “collections of objects symbolic of the inevitability of death and the transience and vanity of earthly achievements and pleasures”.

This album has been finished since March of this year. Here’s what AN’s Dave Hunt said about it in an interview about three days after it was completed:

“The album, however, won’t come out for a long time, because of the record companies. We give it to the record companies, saying “here’s our new thing, we think it’s great! Get excited!”. Then they say “wait… your last album just came out in July”. We say “We don’t care! We have a new album!”… and they say “… your album only came out in July”. Candlelight Records, if we stay with them, was talking about putting in out around September, something like that. If we go to another label it might be released sooner, but it will probably be around that time.”

Well, not quite September, but close enough — though Dave can be assured that the wait is just as frustrating for AN fans as it is for the band. Here at NCS, this album is HIGHLY anticipated. Start the countdown . . .