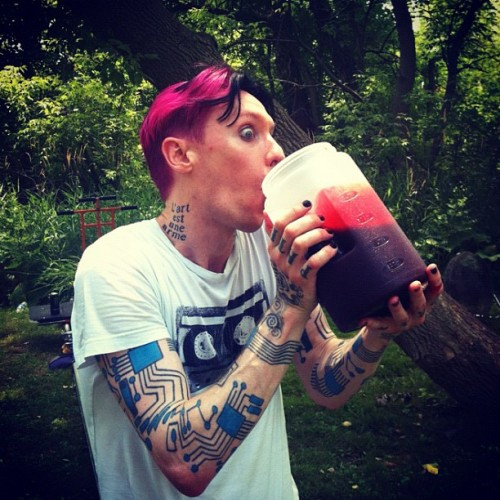 The first item is a video named “Experimental Light Sculpture” by Karim Mansour. It appears this was created as a student project at BTK Hochschule für Gestaltung, which is a private college of design in Berlin. BTK-FH Berlin. The music is a 16-bit remix of a song called “Surge” by the Brazilian electronic musician Amon Tobin. The visuals are projections onto a wall of jagged surfaces synced to the music, and the visuals are what grabbed me about this video. It’s next. 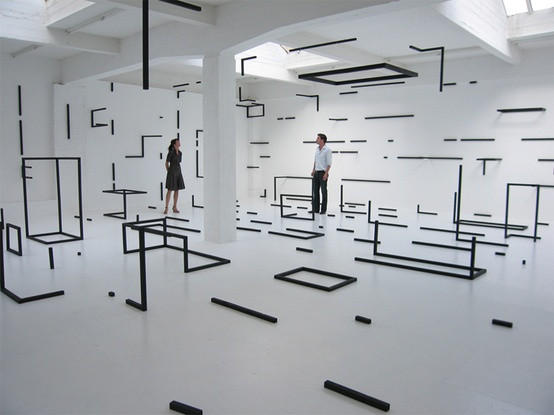 The next item is above. It’s a photo of an art installation by Esther Stocker at the Center for Contemporary Non-Objective Art in Brussels, Belgium. This piece is titled “Abstract thought is a warm puppy”. I found more photos of her work at her web site, and I think these are even more mind-fucking than the one Blue Stahli highlighted on FB. 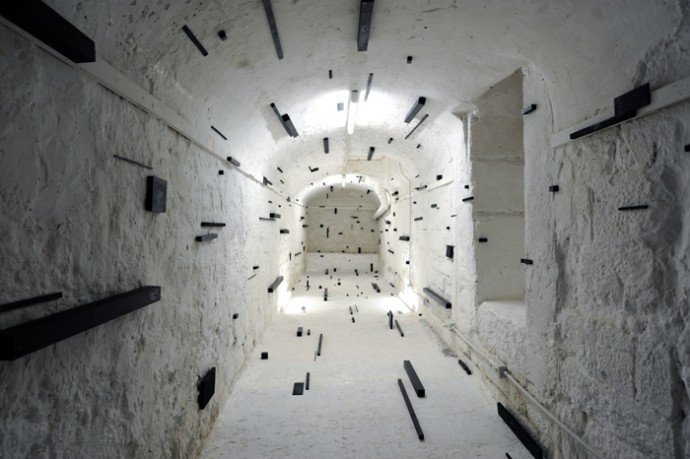 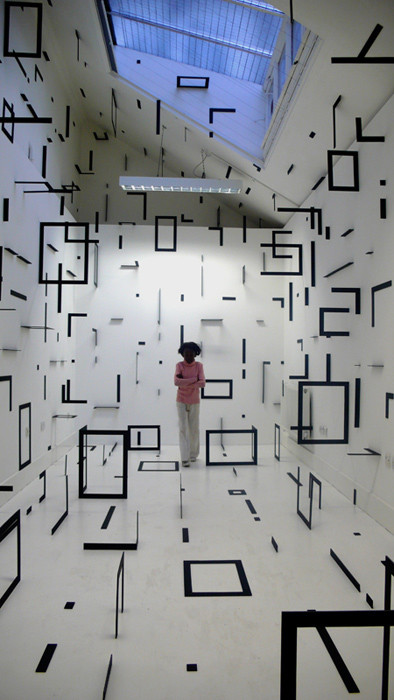 The next item is a video of a Cheetah Robot. This thing was developed by a company called Boston Dynamics with funding from DARPA. DARPA is an agency of the U.S. Department of Defense — the Defense Advanced Research Projects Agency — and it’s responsible for the development of new technologies for the U.S. military

Leaving aside the obvious questions of why the fuck are taxpayer dollars being used to fund the development of this thing and what conceivable use could it have in military applications, it’s really creepy to watch. It reaches a top speed of 28.3 mph, which is about 0.5 mph faster than Usain Bolt’s fastest 20 meter split. Unlike Usain Bolt, it gets FUBAR at the end of the sprint.

As you’ll see, this version of the Cheetah Robot runs on a treadmill with offboard power. Early next year, testing on an untethered outdoor version will begin — and that will be REALLY fuckin’ creepy. 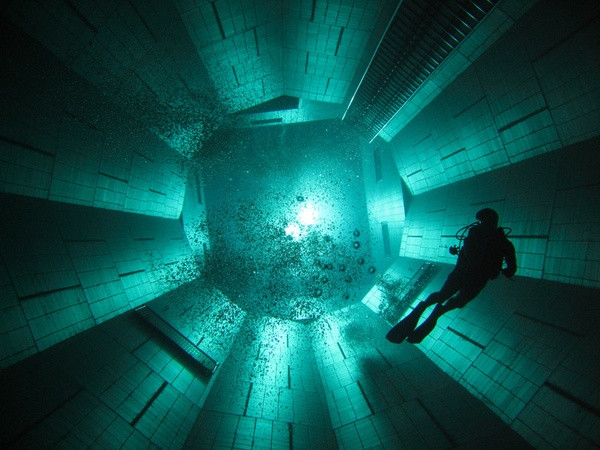 What you’re now looking at is “Nemo 33”. Located in Brussels, Belgium (again), it’s a private facility for dive training and it’s billed as the world’s deepest swimming pool. As Blue Stahli observes, it “just happens to look as if you’re descending into a reactor core in decently budgeted sci-fi flick.”

I did some poking around on the Nemo 33 web site, as well as The Font of All Human Knowledge, and learned that this man-made thing is 113 feet deep and filled with 2.5 million liters of non-chlorinated, highly filtered spring water. No one has died there, though one Dutch military trainee did suffer two punctured lungs from ascending too quickly. They have artificial caves in the side of the thing, too. I don’t want to know what’s breeding in them.

Now we come to the metal part of this post. The band is Erupted, from Sweden. I’ve written about them repeatedly. They have a new album on the way titled In the Grip of Chaos. Last week they premiered the title track. It fucks shit up. Listen:

6 Responses to “BLUE STAHLI AND ERUPTED”