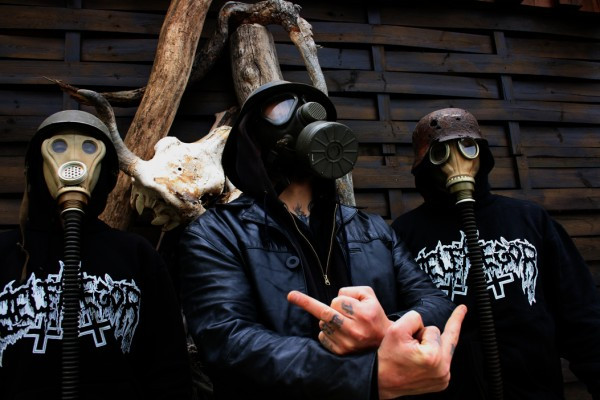 Today I spent a little time with Belphegor and Cradle of Filth. Despite the title of this post, I don’t really consider them in competition with each other. They’re really in different leagues, and interleague play hasn’t started yet. I know they’re in different leagues because the uniforms are different. Belphegor are in the helmeted-and-gas-masked division and, as you can see below, Cradle of Filth are in the eyeliner-and-funny-hats division: 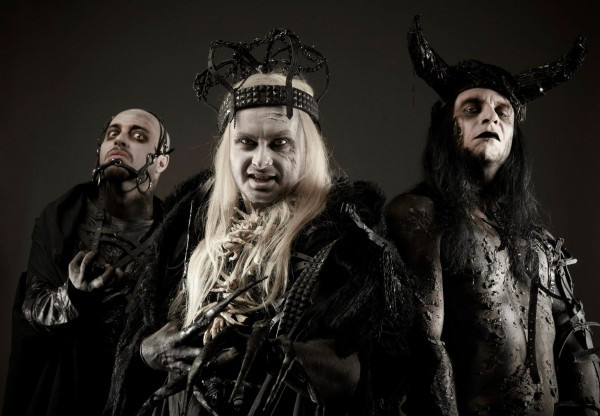 Cradle of Filth have a new album — The Manticore and Other Horrors — that will be released on October 29 (EU) via Peaceville Records and October 30 (NA) via Nuclear Blast USA. Today I listened to one of the tracks from the album. Belphegor have a new album due for release in March 2013, and today I watched a video of drum and bass tracks being laid down at Erik Rutan’s Mana Studios in Florida.

I confess that it’s been a while since I took Cradle of Filth seriously. Somewhere along the way I decided they really weren’t my thing and I stopped paying attention. I can’t remember exactly when that happened. But nevertheless I decided to give this new song a shot, and it pleasantly surprised me. Its title is “For Your Vulgar Delectation”. It’s catchy and dynamic and it got my head moving, and it’s not campy or loaded with cheese. It didn’t terrorize me like most of Belphegor’s music, but I’m enjoying it anyway.

The Belphegor studio clip doesn’t reveal as much of the new music as I would like, but the drum and bass tracking do tend to bear out the band’s recent statements that the music is going to be fast and hyper-aggressive, and it goes without saying that it will be infernal. It will also be the band’s first recordings since Helmuth was laid low by a typhus infection in Brazil that put him in intensive care and required open heart surgery and months of rehab.

22 Responses to “BELPHEGOR vs. CRADLE OF FILTH”