Candlelight Records will be releasing Anaal Nathrakh’s new album on October 15. Its name is Vanitas. Earlier in September, Candlelight released a teaser clip of samples from the album (which we featured here). A few hours ago a single from the album appeared on the UK version of iTunes. Its name is “Of Fire and Fucking Pigs”, which is an evocative song title if there ever was one. 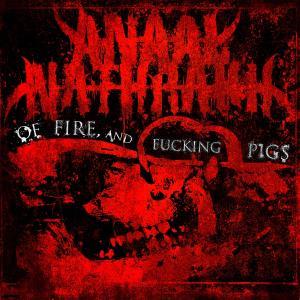 There was no fanfare about the release of this single, as far as I can tell. No advance announcement. No press release. And no official song stream of the song. I found out about it through posts on the Facebook pages of Candlelight and the band. I presume there will be a press blast later this morning.

Unfortunately, for now the song can only be downloaded by denizens of the UK — and those denizens can go here to do that. However, the interhole being the interhole, someone has procured the track and uploaded it to YouTube. This may not last long, so you might want to catch it quick — after the jump. By the way, the song is stupendous.

UPDATE! AN also just announced a Canadian tour — details after the jump.

The song: Dave Hunt’s vocals are as riveting as ever, like the emanations of a man being burned to death while in the throes of a demonic possession. The guitar assault and the drum attack are ferocious. But there’s an almost symphonic quality to the melody as it threads its way through the maelstrom. Fascinating music. Check it out while you can: 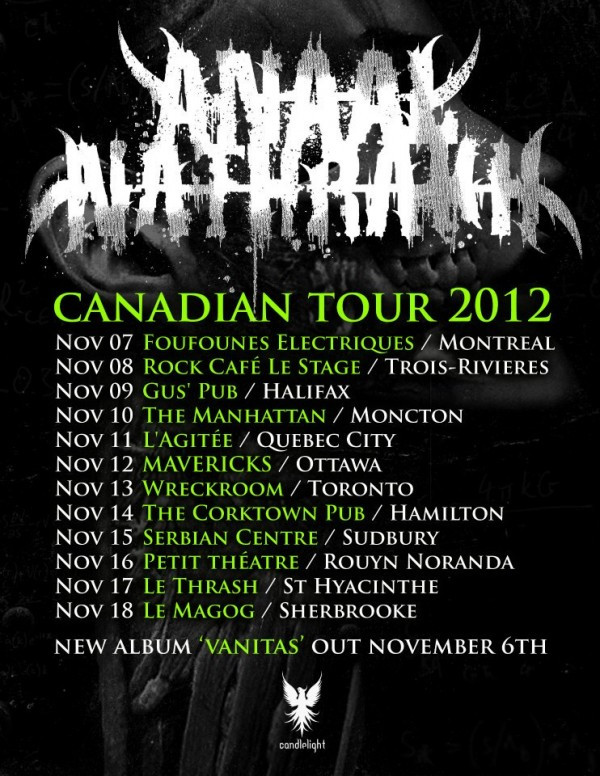 18 Responses to “ANAAL NATHRAKH RELEASE THE FIRST SINGLE FROM “VANITAS”: “OF FIRE AND FUCKING PIGS””