The two items in this post both appeared this morning. I thought their near-simultaneous appearance was ominous, as if constituting a kind of queasiness-inducing evidence that there really are Great Old Ones in the Earth, and they are beginning to rouse themselves from their slumbers.

Both Anaal Nathrakh and Dragged Into Sunlight are from the UK, they are both favorites of this site, and they both create brilliant, hellish, obliterating music — though not of the same kind. As I wrote the last time we paired news from these bands together, “Anaal Nathrakh give you a nightmarish rocket-ride into the abyss, and Dragged Into Sunlight trap you there in a vat of acid sludge that slowly liquifies your flesh.” Here’s the latest news from both bands:

As we reported four days ago (here), Candlelight Records will be releasing Anaal Nathrakh’s new album on October 15. Its name is Vanitas, and for that earlier post we even managed to find a small image of the album cover (which has now “officially” surfaced on the band’s Facebook page).

As of this morning we now have a teaser clip of music from the album. It’s harrowing stuff (and we would expect nothing less) — a catastrophic blast of infernal grind that sounds terrifically pissed off; the vocals are intense, even by Dave Hunt’s previous standards. Check it out next: 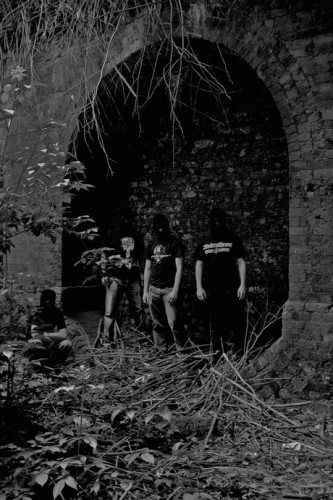 I’ve been hearing about the successor to Dragged Into Sunlight’s stunning first album Hatred For Mankind for more than a year. Its name is Widowmaker. As of today, we finally have concrete information about its release.

This morning Prosthetic Records announced that Widowmaker will be released on Nov. 6 in North America, Nov. 5 in the UK, and Nov. 9 in Germany. It will consist of only three tracks, with a total run time of 40 minutes. It was created during three recording sessions over the course of two years and includes additional guitars by an unnamed member of UK cult metal band Bossk.

Mysteriously, the band have stressed that the new album is “not to be considered a follow-up” to Hatred For Mankind. That may have to do with the points in time at which the Widowmaker music was recorded, though I’ve heard through the grapevine that the music is indeed different — but exceptionally heavy.

There’s more news about the album that I saw in the following graphic on the DIS Facebook page. I’ll let it speak for itself: 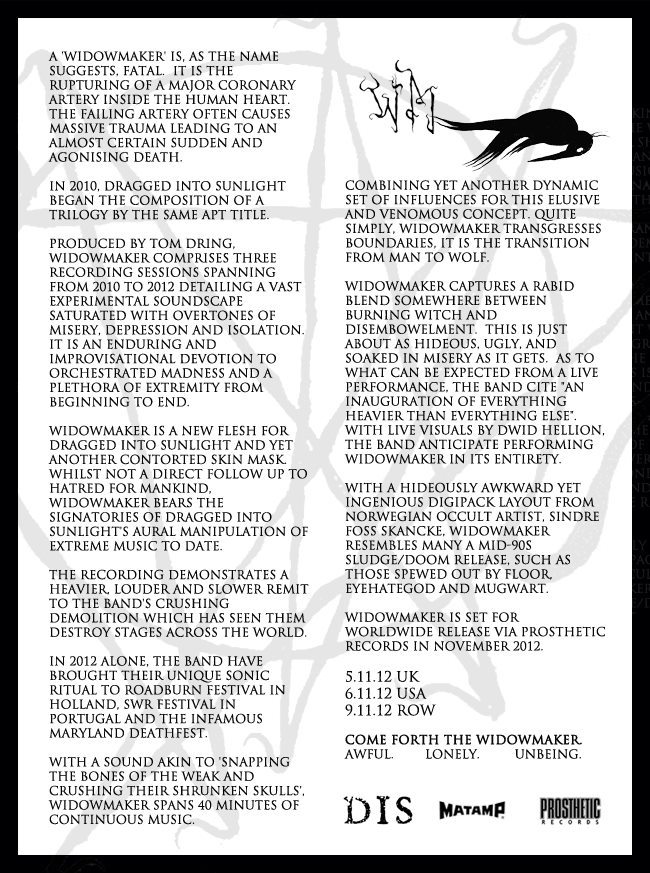 19 Responses to “THE LATEST MESSAGES FROM HELL: AN ANAAL NATHRAKH “VANITAS” TEASER AND “WIDOWMAKER” IS ABOUT TO BE DRAGGED INTO SUNLIGHT”