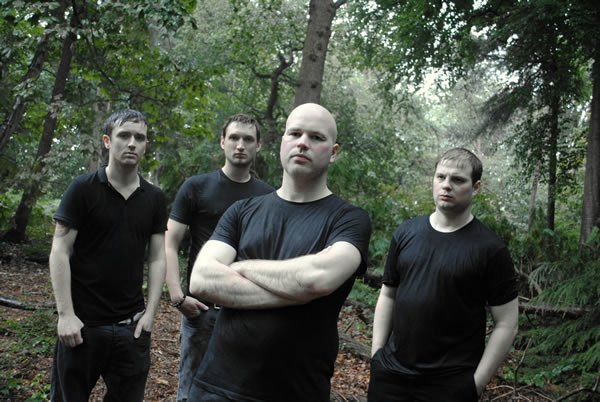 Put this album on your radar screen: The Giants of Auld by Cnoc An Tursa.

As announced today, this Scottish band from Falkirk are the latest signing by Candlelight Records. Their debut album was recorded at Foel Studios in Wales by noted producer Chris Fielding, who has also produced albums by Winterfylleth and Primordial, among many others.

After doing a bit of reading about the band and listening to all of their music I could find this morning, Winterfylleth and Primordial were the two bands I thought of even before learning about Chris Fielding’s participation in the Cnoc An Tursa recording. Both of those bands have drawn on the heritage of their respective nations (England and Ireland) in crafting music that draws on both black metal and folk traditions. Cnoc An Tursa seem to be following a similar path with respect to their native Scotland, though their music differs from those other two collectives.

Cnoc An Tursa have wrapped their music around old Scottish poetry. One song I found, for example, bears the title “Winter, A Dirge”, which also happens to be the name of a poem by Robert Burns. A second song is named “Bannockburn”, which is the title of yet another Burns poem, in addition to being the site of one of the decisive battles in the first war of Scottish independence from England in 1314. A third, “Hail Land of My Fathers”, is the name of a poem written in the 1800’s by John Stuart Blackie. And a fourth, “Ettrick Forest In November”, was the name of a poem by Sir Walter Scott.

From what I can hear in the YouTube clips I found, the songs do appear to take the poems’ verses for their lyrics.

Cnoc An Tursa’s approach is an interesting twist on history. In addition to writing a wealth of original poetry, Robert Burns wrote lyrics to hundreds of traditional Scottish folk tunes that he collected over many years of roaming the Scottish countryside while employed as a tax collector. Now, Cnoc An Tursa seem to be taking Burns’ verses (as well as the venerated poetry of other Scots) and writing metal to accompany them.

And from what I’ve heard so far, the metal is awfully fuckin’ good. Combining elements of black metal and folk melody, the songs are immediately memorable. They rock and thrash harder than the moody, atmospheric sounds of a band like Winterfylleth, and you can sometimes hear the skirl of the pipes in the rising tremolo-picked and keyboard melodies. Yet there’s also an undeniable epic quality in the band’s powerful rendition of “Bannockburn”.

Below are the songs I found this morning, though the only one that I know for sure will be on The Giants of Auld is “The Lion of Scotland”, and that one seems to be only a part of the full track. “Winter, A Dirge”, “Hail Land of My Fathers”, and “Ettrick Forest In November” originally appeared on an untitled 2008 demo by the band.

I haven’t yet seen a release date for the album, but I’ll be following the Cnoc An Tursa Facebook page to find out.

2 Responses to “CNOC AN TURSA”