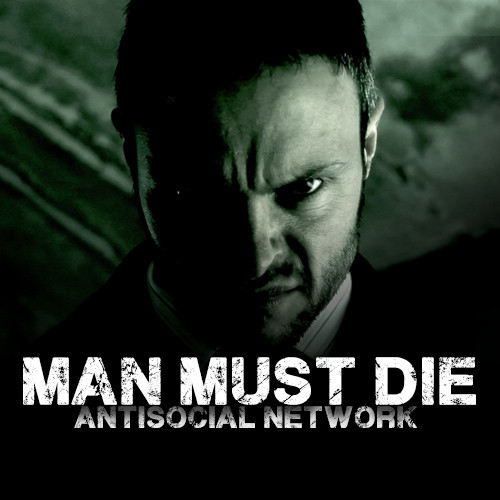 Scotland’s Man Must Die have been an NCS favorite going back to the early months of our existence in 2009; type the band’s name into the NCS search box and you’ll see the history of our MMD coverage. Following the massive head trauma inflicted by The Human Condition (2007) and No Tolerance For Imperfection (2009), I was greedily expecting a new album from these death metal brutes last year. Unfortunately, this statement by the band greeted my sorrowful eyes in September 2011:

“Hey all, we are getting so many questions about a new release so we feel its best to level with you all, at the moment we are without label, we have found ourselves in the surreal position after our most sucessful year and after gaining so many thousands of fans, our efforts to land a deal have fallen on deaf ears, and its very frustrating as we have such a killer album waiting to record, keep you all posted and we hope that we have better news soon :/ cheers – MMD”

We did get a demo version of a killer new song called “Hiding In Plain Sight” last fall (which you can stream here), but then the well seemed to run dry. Last spring there were rumblings of a new single and a new video in the works, but the months passed without either one surfacing . . . until today.

And praise be, now we have both. The single is “Antisocial Network”, it’s available for free download, and it delivers a crippling beating.

Oh yes, Man Must Die sound as pissed off as ever. In the new single, the objects of their venom are internet predators. Using that thematic focus for inspiration, they deliver a hyper speed-butt-whipping of Suffocation-style death metal. The brutal song benefits from a memorable, bleak melodic guitar lead and a furious attack by the band’s new drummer Todd Hansen. All the rest of the dudes are in fighting trim, too.

I hope a full album won’t be too far behind, because this intense new track song awful fucken good to these ears. Welcome back, Man Must Die.

Check out the video below and go HERE to download the song for your very own self.