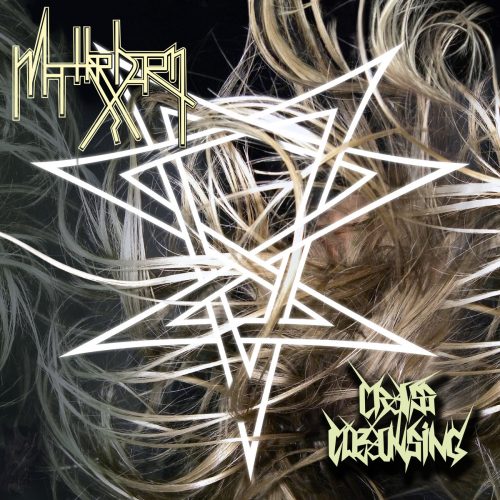 I first stumbled across the Swiss band Matterhorn in the spring of 2018 when they had two songs up for streaming in advance of Iron Bonehead‘s CD release of their debut album, Crass Cleansing, and I came away very impressed. I had a tough time categorizing the music, describing it then as a stew of extremity that included elements of thrash, speed metal, punk, black metal, and death metal — and the overall impact was electrifying. END_OF_DOCUMENT_TOKEN_TO_BE_REPLACED

So, in that spirit, please allow me to draw your attention to three of the best new (or new-ish) EPs from three of the UK’s best bands. END_OF_DOCUMENT_TOKEN_TO_BE_REPLACED 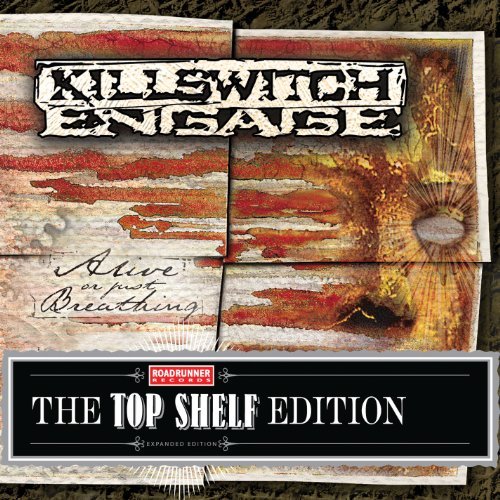 Alive Or Just Breathing is the melodic metalcore album that in my mind has never been topped. Even the band themselves admitted in an interview, I think it was this year, that this is STILL their best album. I’ve written about this album before on the site and stumbled upon the so-called “Top Shelf” expanded edition (released in 2005) some time ago. END_OF_DOCUMENT_TOKEN_TO_BE_REPLACED

We have been writing about Scotland’s Man Must Die for many years (beginning in December 2009 when we were only one month old)… but years have passed since MMD released an album (the last one being 2013’s Peace Was Never An Option). Two years ago they did release a single called “Slave To the Animal” (which we dutifully covered here), and last year they released a video for  a cover of the song “Milk” by S.O.D. (featured here). And now, finally, they seem close to releasing a new EP named Gagging Order. END_OF_DOCUMENT_TOKEN_TO_BE_REPLACED

Thanks to Andy Synn, we’ve previously reviewed the excellent new album by Abigail Williams, The Accuser, which will be released by Candlelight Records on October 30. Yesterday CVLT Nation premiered a video for one of the new songs named “Nuumite”. It’s the track that ends the album, and takes a sharp turn from what preceded it (though if you listen closely to the preceding songs, you’ll realize that the twist was forecast all along). Here’s what Andy wrote about the song: END_OF_DOCUMENT_TOKEN_TO_BE_REPLACED

As we’ve previously reported, Oslo’s Pantheon I have a new album entitled From the Abyss They Rise that’s due for release on August 14 by Non Serviam Records. It includes both an EP’s worth of new songs plus older compositions, including their first demo tracks from a decade ago. Yesterday I caught up to a stream of one of the new songs that appeared on July 2. END_OF_DOCUMENT_TOKEN_TO_BE_REPLACED

Welcome to the lucky 13th Part of our list of the year’s most infectious extreme metal songs. For more details about what this list is all about and how it was compiled, read the introductory post via this link. To see the selections that preceded the two I’m announcing today, click here.

You remember that a few days ago I resolved to finish this list by the end of January? Well, like my New Year’s resolution to be nice to children and poodles, I may not be able to follow through on that promise. Just too damned many great songs from 2013 that need to be recognized. Also, it’s easier on me to just keep going than to make hard decisions about what to select and what to cut, and I’m completely in favor of making things easier on myself.

Oh man, did Kataklysm come back strong with 2013’s Waiting For the End To Come — strong, hungry, and with fangs and claws bared. To quote from our review by TheMadIsraeli: END_OF_DOCUMENT_TOKEN_TO_BE_REPLACED

(In mid-September we posted the first of two reviews of the new album by Scotland’s Man Must Die, and now we bring you the second one, by Andy Synn.  Some albums just just demand this kind of attention.)

It’s been four years since these Scottish bruisers last brutalised our eardrums with their sickening sonic stew. Four long fucking years of pain and struggle and bloody-minded perseverance. So it’s no surprise that the fourth album by the Scottish juggernauts might just be their most abrasive, most lethally focussed, and most viscerally aggressive release yet.

To those unfamiliar with the band, their sound is a devastating mix of Cryptopsian chaos and Kataklysmic groove, delivered in a manner so utterly merciless, so utterly unforgiving, that its use in certain countries has been declared a war crime.

Fuelled by fire and frustration, each song is a demanding (at times exhausting) sequence of technical, pandemic death metal riffs, frenzied and punishing drums, and rabid, venomous vocals, all tied together by a subtle undercurrent of seditious melody and a grim atmosphere of malevolence and paranoia. END_OF_DOCUMENT_TOKEN_TO_BE_REPLACED

(In this post TheMadIsraeli brings us the first of two reviews we’ll be publishing of the comeback album by Scotland’s Man Must Die, and at the end we’ll stream a new song from the album — “On the Verge of Collapse” — which debuted today.)

Man Must Die have been out of the game for a good bit.  The last we heard from these Scots was the precision-guided slaughterhouse known as No Tolerance for Imperfection, an album that demonstrated their melodeathgrind sound at its all-time high.  I honestly haven’t listened to this band in a really long while, you know how it is.  Some bands appear to drop off and you just don’t see the point in listening anymore.  I was, however, intrigued when we got the promo for this, especially because I wondered what five years between releases would do to their sound.  Thankfully Man Must Die didn’t let the passage of time change them, it merely make them better at what they do. In fact, they’ve crafted one of 2013’s undeniably best albums.

Man Must Die’s odd mix of technical death metal, grindcore, and melodic death metal has served them well, and it’s never been better than on Peace Was Never an Option.  There are albums that make you feel pumped, albums that make you feel alive, and albums that make you feel like someone shoved a needle of adrenaline straight into your heart.  This album is the third kind.  Not many albums are this razor sharp, this organ-piercingly fatal, or this burly.  Man Must Die know how to do three things: beat your face in, fatally wound you with knife stabs, and break your bones until nothing remains but an indescribable shell of useless waste.  END_OF_DOCUMENT_TOKEN_TO_BE_REPLACED

I haven’t been keeping my eyes peeled for metal news since last week because I’ve been too busy hob-nobbing with my fellow NCS scribes in Seattle. I did take a few quick minutes this morning to glance around and found the following three items that I thought were interesting.

At the end of July we reported the welcome news that black metal powerhouse Inquisition had revealed the name of their next album (Obscure Verses for the Multiverse) and announced its release dates via Season of Mist — October 29 in North America and October 25 elsewhere. Today brought more information about the album, beginning with the cover art above, which is quite fetching.

We have also been treated to a teaser of music from the album. The video clip that I’ve included beyond the jump includes short snippets from 9 tracks. Except for the snippet of the last track, which features a harsh roar, you’ll learn that Dagon has not changed his vocal style, which continues to sound like a bullfrog being strangled with barbed wire. END_OF_DOCUMENT_TOKEN_TO_BE_REPLACED