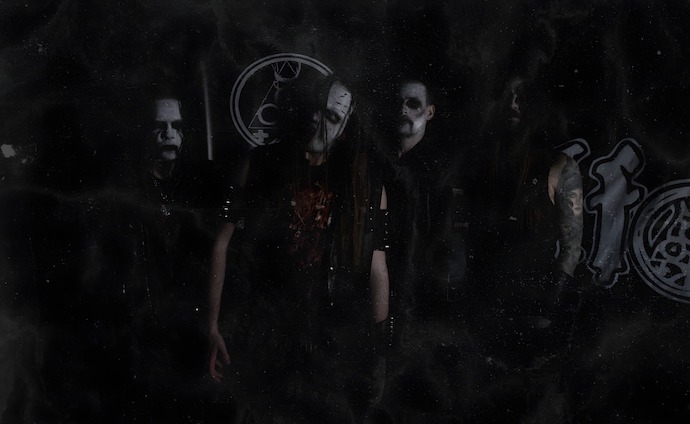 I’ve concluded that sleeping late is a luxury to be indulged, probably because I’ve done so little of it. I still never do it during the work week, and pre-pandemic I was so habitualized to getting up before the ass-crack of dawn revealed itself that I awakened very early on the weekends too, even when there was no sensible reason to do that. The pandemic caused lots of us to re-think lots of things, and for me one of those things was the habit of crawling out of bed at 5 a.m. on Saturdays and Sundays.

I mean, hell, I’m not a farmer, just a compulsive blogger. Still, the compulsion is strong and I’ve had to make a concerted effort to re-train my subconscious mind, convincing it not to wake me up, or when it does, training my conscious mind to just close my eyes and let the sleep take me again. And man, does sleeping feel good, even if the robot part of my brain still feels a little anxiety when I do eventually wake up, under the illusion that I’ve been wasting time.

Well, that’s an absurdly long-winded way of getting to the point that, once again, I slept late today. I still wanted to find some new songs and videos to recommend before the small number of people who actually visit NCS on a Saturday just vanished altogether. Here’s what I chose: 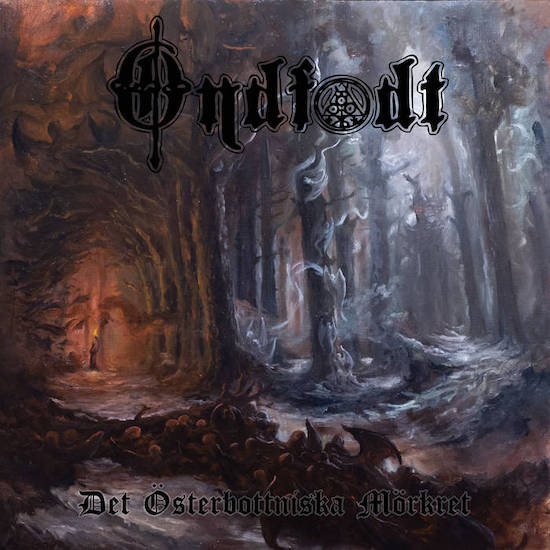 As if the song weren’t dynamic enough, Ondfødt also glide on a cinematic path of gloom and mystery through the heavens, and there the vocals become even more startling in their fury and torment. The finale is also vast, and manages to be both uplifting and heart-breaking. The bass surfaces throughout the song in mesmerizing ways, and the band reserve one more surprise in this grand sonic tapestry for the final seconds (which I won’t spoil).

The album is Det Österbottniska M​ö​rkret, to be released by Black Lion Records on April 28th. Wonderful cover art by René Thuys. Thanks to Miloš for pointing me to this song premiere. 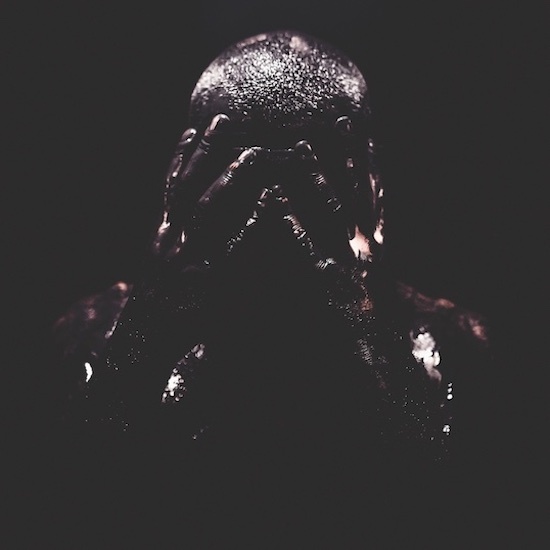 These Scots have been one of our site’s favorite bands since soon after our inception more than 13 years ago. We’re always eager for new MMD music, but we’ve had to be very patient. A decade has passed since their last album, with only an EP and one single to break up the wait. But at last a new album will finally be released next month, and the title track premiered just yesterday with a lyric video.

MMD build “The Pain Behind It All” around pneumatic grooves, swathing them with flares of eerie ambient melody, and segueing into jittery, head-hooking riffs that are feverishly bright. The pulse and punch of the song are almost ever-present, but the band continue twisting and turning, letting the bass take the spotlight, throwing in bursts of electronics, and bringing in chords of despair. Through it all the vocals are utterly crazed.

The Pain Behind It All will be released by Distortion Music Group on February 17th. 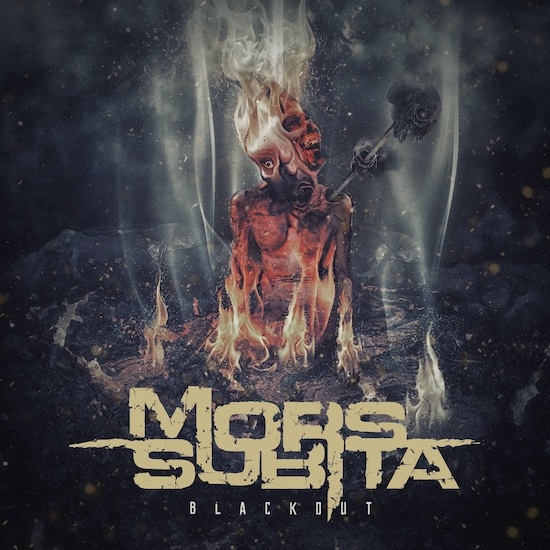 Here’s another band that’s been a favorite of many of us at our site for a very long time. They have four albums of thrashy melodic death metal to their credit in a career that goes back to 1999, the last of which was 2020’s Extinction Era. The song below, “Blackout“, is a single that surfaced two days ago via an official video.

The swelling volume of a tumbling drum rhythm starts setting the hook, and then the band start racing, ejecting riffs that slash and sear, madhouse snarls and screams, and quick bursts of singing. The song is a high-voltage romp that jolts as hard as it skitters and swirls, and it soars sky-high in the choruses. The video of the band’s extremely animated live performance just adds to the electricity of the song.

This is a sign that Mors Subita have a new album on the way, but I haven’t seen any official announcement or release date for it. We’ll stay tuned for that. 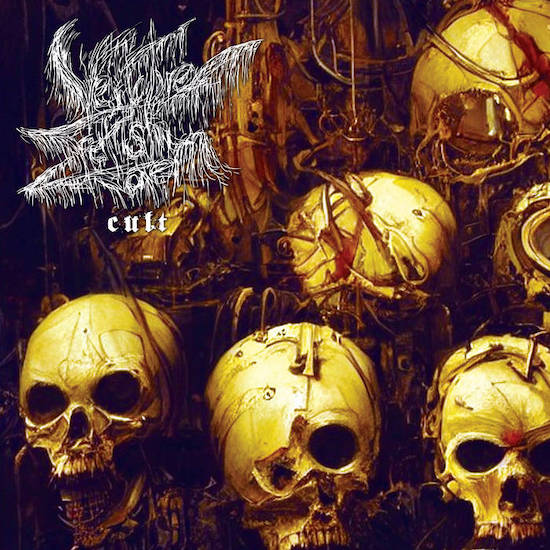 starkweather‘s SubStack and Facebook posts continue to highlight music I probably wouldn’t find any other way, and my list of things to check our from those sources continues to grow. I only had time to check one of the more recent highlights this morning, and it’s the song that’s coming up next.

With a song title like “Filth Requiem” you know it’s probably going to be ugly, and so it is. The methodical thump of the kick drum and snap of the snare keep you on course for a while, but the riffing is a morass of assaulting abrasion, and the vocals are monstrous and macabre.

Strange skittering guitar tones pierce through the punishment, and wail above episodes of slowly clawing and stomping cruelty. Sometimes only the bursts of clattering drum mania keep you from feeling like you’re being ruthlessly suffocated with tar. What’s not to like?

Vertebrae Fetish Totem is the solo work of Plaguehammer. I’m guessing that’s the prolific Jared Moran, but don’t know for sure. The song is from an album named Cult, set for release on February 16th by The Centipede Abyss label in the UK.

P.S. I’ve received confirmation that this project is indeed the work of Jared Moran, whose most recent credits include 2022 releases by Acausal Intrusion, Feral Lord, and Uzumaki (among others). 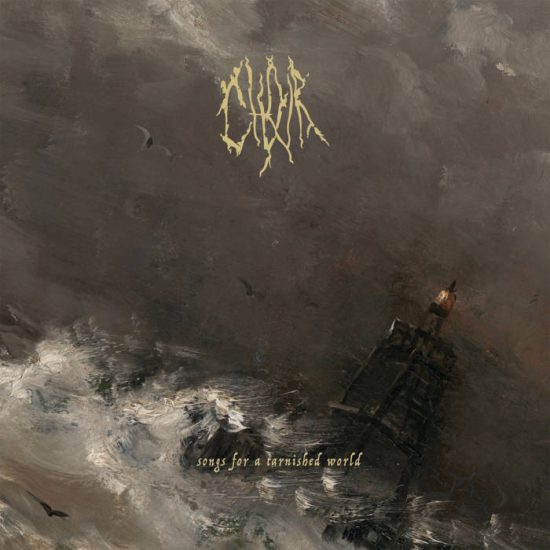 In December 2021 Andy Synn wrote up Songs for a Tarnished World, a new album by this one-man Singaporean band, calling it “in a word… soulcrushing“: “Vicious and visceral and vile in every way, it’s also virulently catchy and almost violently compelling, and currently stands out as one of the most welcome, albeit horrific, new discoveries of the year for me.”

As if that weren’t enough of a spotlight I also included a song from the same album on our list of 2021’s Most Infectious Extreme Metal Songs. I was recently reminded of the album when the Portland label Total Dissonance Worship decided to re-release it on vinyl and cassette tape this coming spring, and they released this next song to help pave the way. (As often happens when a label picks up a record, Choir‘s original Bandcamp stream of the album has vanished.)

“Drawn To An Early Grave” uses its opening minutes to create sensations akin to fingernails clawing down a blackboard. It’s an unsettling and uncomfortable collage of mentally-abrading sounds, joining by broiling guitar swaths, screeching string torture, and a bass and drum tandem that combine to sound like bunker-busting munitions. Some horrid thing growls and screams from chasm depths, as if the experience weren’t nightmarish enough.

You might reach a point when you wonder whether it’s the guitars that are sizzling or your brain, even if you requested over-easy. But Choir does eventually make a switch, applying its sadistic talents to create sensations of brutish pile-driving power and bursts of jackhammering demolition. The guitars do sizzle again, like emanations of agony and derangement, and the drums and vocals go nuts, creating a whipping and walloping vortex of destructive chaos.

Even when the rhythm section goes back to methodically dropping bombs, the riffing sounds like mutilation and madness, all hope extinguished, capped by a little seasoning of symphonic strings.

The song may leave you gasping, as it did to me (again). You’ll get why Andy used the words he did in his review. Total Dissonance Worship will reissue the album on March 23rd.