Google Analytics tells me that over the last 30 days 40.10% of the visitors to our site were located in the United States. Because we math like some motherfuckers, we are able to determine that 59.90% of visitors over the last 30 days were from other nations. For them, today is just another day. So we’ll get the obligatory USA! USA! USA! chant out of the way by celebrating one of our nation’s greatest accomplishments on this July 4th via the video above.

As we’ve previously reported, Oslo’s Pantheon I have a new album entitled From the Abyss They Rise that’s due for release on August 14 by Non Serviam Records. It includes both an EP’s worth of new songs plus older compositions, including their first demo tracks from a decade ago. Yesterday I caught up to a stream of one of the new songs that appeared on July 2.

The name of the new song is “I’ll Come Back As Fire”. The beginning of the song is powerfully effective — starting with a beautiful but somber acoustic guitar and string melody and then immediately exploding in a flurry of spine-snapping riffs and an acid spray of ravenous vocals. The music moves dynamically between those physically battering riffs, sweeping orchestral-styled interludes, bleak tremolo-picked melodies, and huge drum-and-bass pairings that rumble and pound like sledgehammers.

It’s an amazing song, and you can hear it below. The album is up for pre-order at this location. 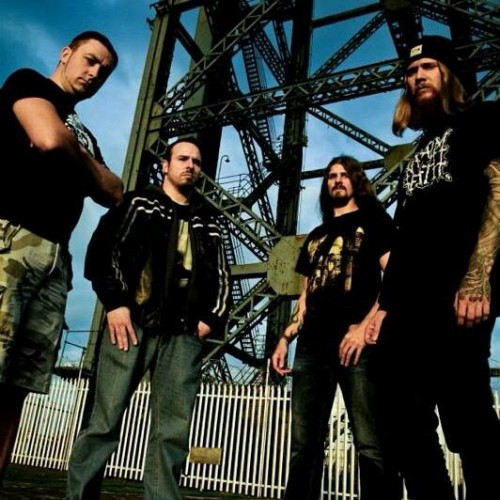 We liked the fuck out of Peace Was Never An Option, the 2013 album by Scotland’s Man Must Die, reviewing it not once but twice. Thanks to a tip from my comrade DGR I learned that the band released a new song yesterday — “Slave To the Animal” — which will appear on a new EP that the band are currently working on. The band wrote it for MMA fighter Dustin Graber (aka Waterfall) who made a pledge to the band’s last crowd-funding campaign that earned him some music with which to get in the right frame of mind for fighting.

It’s as brutal and head-battering as anything MMD have done before, but the song also integrates strains of ominous melody as well as a variety of punishing riff styles, from needling tremolo drilling to flurries of fast-paced jabs straight to the jaw. The rhythm section is also firing on all cylinders, the militaristic drum and bass work hitting hard enough to punch holes through concrete. And of course the vocals are pure unhinged rage.

Check out the lyric video for this thoroughly galvanizing assault below. 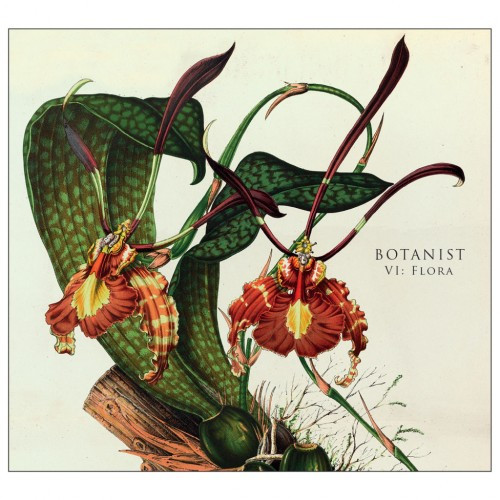 For the previously uninitiated, Botanist is a Bay Area one-man project of Otrebor, whose albums “tell the story of a botanist gone mad at witnessing the destruction of the natural environment at the hands of man.” “He retreats into a hermitage, surrounding himself with the natural world. In this Verdant Realm, he awaits for the day when humanity will eradicate itself, which will allow for the utopia of flora and fauna to eventually reclaim the earth.” The unfolding of these events has been described in five albums to date, and now the sixth one — Flora — will be released by The Flenser later this year.

Yesterday The Quietus premiered a song from the new album named “Callistemon”. To my ears, the mood of the song is different from much of what has come before. In keeping with the new album’s thematic focus “on the wondrous beauty of the plants themselves” (as described by The Flenser), the music is bright, shimmering, and beautiful, in a style that’s reminiscent of both post-punk and post-metal. Otrebor’s vocals are only faintly heard through the exuberant flourishing of the instrumental performances, but they’re a reminder that the fury has not left the Verdant Realm.

More info about VI: Flora can be found at The Flenser. Check out the doing below.

I again have DGR to thank for tipping me to the last item in this collection, a pre-production version of a new song by The Ragnarok Prophecy named “For the Empire”. By way of background, this California band is the solo project of one A.C. Riddle, first introduced to NCS through DGR’s December 2013 review of an album named The Path of Passage; DGR also briefly reviewed the band’s 2014 album The Dark Realms here.

The Ragnarok Prophecy is nothing if not prolific, because “For the Empire” appears to be only one of two new songs that have been recorded, the other being “Bringers of Plague”; presumably we’ll get that one before too much longer. “For the Empire” is a kind of fusing together of melodic death metal and blackened pagan metal, full of warlike intensity, scathing vocals, and an array of compelling riffs.

All of The Ragnarok Prophecy’s previous releases are available for free on Bandcamp.

12 Responses to “FIREWORKS FOR THE FOURTH: PANTHEON I, MAN MUST DIE, BOTANIST, THE RAGNAROK PROPHECY”