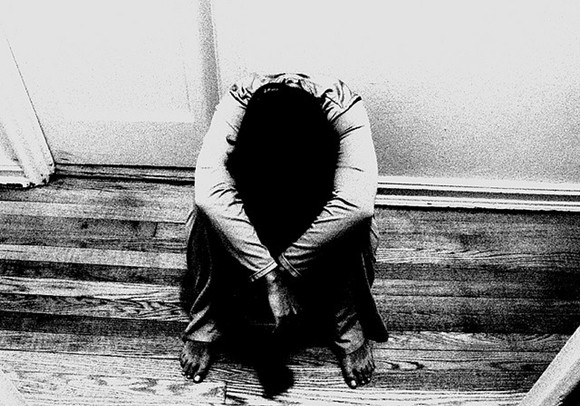 Plus, maybe we’ll expose people to multiple groups in this one post. On top of that, I’m going to add in a little mini-review of an artist we’ve covered before in one of our ‘free music’ updates — as they released a new album earlier this year and it’ll be a good change of pace from all the roiling waters and restless seas you’re about to get dragged through. If anything, the tempo change will probably be appreciated. 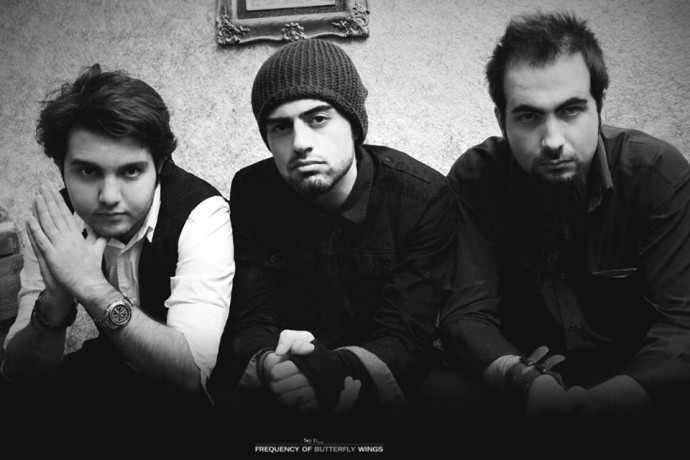 Frequency Of Butterfly Wings are a melodeath/doom band hailing from Tehran, Iran. You may have noticed that I made a small crack about finding them via surfing Facebook in my Separatist review. The group is relatively new (in as much as a band that has been going for five years can be) in terms of releases, with one album, a single, and an EP to their name, yet they play with the skill of seasoned musicians with tremendous knowledge of the genre.

The group’s EP The Weight Of Existence is available for free on a variety of outlets (I’ve found SoundCloud to be the most reliable) and runs five tracks and about twenty minutes long. The band alternate between music with a heavy early Anathema feel to the more common circle of groups like Daylight Dies and Enshine, with anguished growls being the order of the day — but that doesn’t really limit the band much in the way of sound. At times, they even channel the slow gloomy despair of a group like My Dying Bride as well as even ripping out some blues-inspired guitar solos with a ton of soul to them.

The music is more related to the European ethereal and pretty styles of doom than the fuzzed-out, punishingly slow doom side of the genre. The group rely heavily on dual vocals, with female accompaniment often traveling alongside vocalist Ashkan Mousavi.

The Weight Of Existence came out in late January and it’s a good mark for a band that is starting to make its way into the doom spectrum’s collective consciousness. As of right now they have no one sitting behind the kit, so on the off chance anyone reads this and can help them out so we can get more from these dudes in the future, that would be great. 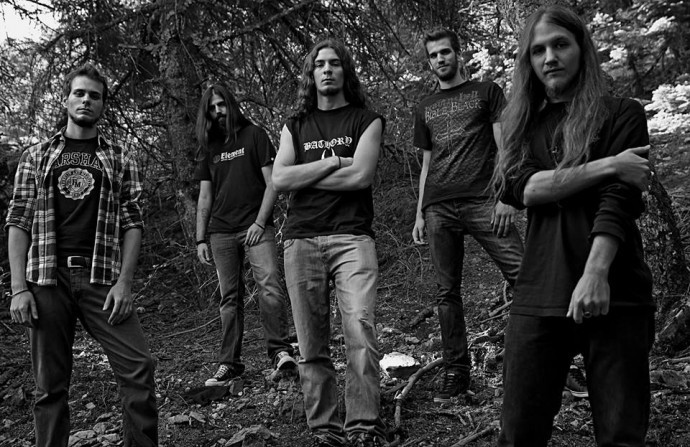 We’ll continue our bit of globe-trotting and catch a flight from Iran to Greece and hail a cab into Athens where we meet up with Mist Of Nihil, a just-starting-out band with their February release Buried Laments, available at name your own price right now. The band tread in circles similar to those of Frequency Of Butterfly Wings in terms of influences, but play it a little straighter in terms of the slow pace, anguished growls, and ethereal guitar work. The group are like crashing waves on the side of a rocky cliff and can bring on that drowning feeling that you’re looking for when you come to the doom genre.

The main meat of this release consists of three, almost seven-minute-long songs with a three-minute bookender on each one, meaning you’ll get about twenty-five minutes of sheer misery in the company of the band. The group claim Insomnium as an influence and you can certainly hear it in some of the slower passages, and they have a knack for writing in the same guitar-playing style. The song “Light The Fire” is pretty close on that front, especially as it switches from its clean intro to distorted guitars and the whole band kicks in.

As a young group, Mist Of Nihil have taken a solid first step with Buried Laments and now they just have to work on getting out there for people to hear. Hopefully, Buried Laments does so on that front.

We remain in Athens, Greece! This time, things get crushingly slow with the funereal doom and death march of Shattered Hope and their release Waters Of Lethe  out on Solitude Productions. There’s only six tracks on Waters Of Lethe and the reason why should be familiar to people who may have seen me review bands like Inborn Suffering or The Howling Void — each song easily surpasses the ten-minute mark, no question, and the last song sits comfortably at seventeen. That means this disc is like wading through a swamp of despair, with the wind screaming around you.

Each song is full of moments of sheer punishment and gloom, as well as the swells of beauty that often feel like an oasis in a desert, recharging the listeners as we lumber through each track, belabored movement and all. This is one of those discs for which you really need to be prepared for a journey, because it extends into the far reaches of an immense, barren landscape — yet if you are prepared, this is an albums that overcomes the incredibly difficult challenge of keeping a listener locked in place. It’s like having to crawl your way out of a pit that you’ve fallen into, and sometimes you’re just in the mood for that sort of crushing despair — something that Shattered Hope have had years to perfect, and they deal in it in spades.

The band are asking for $4 USD right now on Bandcamp for this disc, and it is easily worth it. 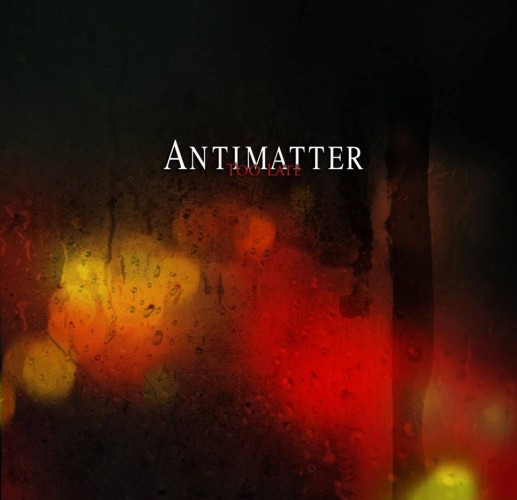 If you’ve followed the site for a bit then you know that one of the few bands I will personally champion as ‘One of the groups people MUST listen to’ is the UK’s Antimatter. Antimatter was initially formed as project that featured musicians Duncan Patterson (of Anathema, who would quit that band to work on Antimatter) and Mick Moss, who over the years has become the lead figure of the band as well as having been its voice for so many years.

The music is highly intelligent and depressing in the way only Mick can do, which leads me to believe that the guy must lead a relentlessly cheerful life outside of his musical career, because if the body of work that he’s put out with Antimatter is to be believed, you wouldn’t fault him one bit if he decided to walk out in front of a bus one day. Dude can evoke a grey sky and rain like no other, and few doom bands are even able to achieve the sense of melancholy that Antimatter can put forth in their music.

I sang the praises of their previous release Fear Of A Unique Identity back when it came out, especially the lead-off single “Uniformed And Black”, but over time found myself more drawn to the slower acoustic numbers like “A Place In The Sun”. The group released a new single on March 18th entitled “Too Late” that seems to be forging further ahead with the sound found on Fear Of A Unique Identity — itself a refinement of earlier works like “Portrait Of A Young Man As An Artist” (a highly recommended listen) from Planetary Confinement and “Another Face In The Window” from Leaving Eden. Rambling story short, “Too Late” is probably the lightest fare featured by this group, but it is still enough to cloud one’s mood even though its currently in the high 70s with beautiful blue skies where I am in sunny (and dry) California. 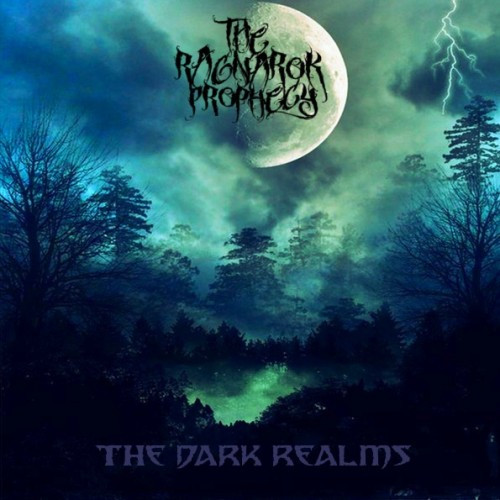 Finally I bring you to lovely America with The Ragnarok Prophecy, whom we have featured before as part of a series on free music; they are a melodeath solo project of musician A.C. Riddle — hailing from Corona, California. Earlier this year he released a fifteen-song disc entitled The Dark Realms, which sees The Ragnarok Prophecy working hard to improve its production style and streamline its sound from previous releases like The Path Of Passage and the EP Valley Of The Forgotten.

It changes things a bit for the project, as it loses the lo-fi sound that may have attracted earlier melodeath listeners who will long for the halcyon days of its sound, but the change also makes it possible to understand everything happening within the music. The album consists of a lot of call-and-response guitar riffing and keeps things pretty mid-tempo while Riddle goes through multiple descriptions of battles, war, and things being destroyed.

As you now know, despite earlier predictions, Ragnarok never happened, but the Prophecy aspect of it is still putting out some pretty good music, and fifteen songs is A LOT of material to travel through. There are a plethora of ideas in play on The Dark Realms, though, that could be fantastic if they are expounded upon in the future and could take The Ragnarok Prophecy to a variety of places in terms of future sound, all of which could be pretty exciting for their unpredictability.

The Dark Realms is available at name-your-own price on Bandcamp and has been out since early February.