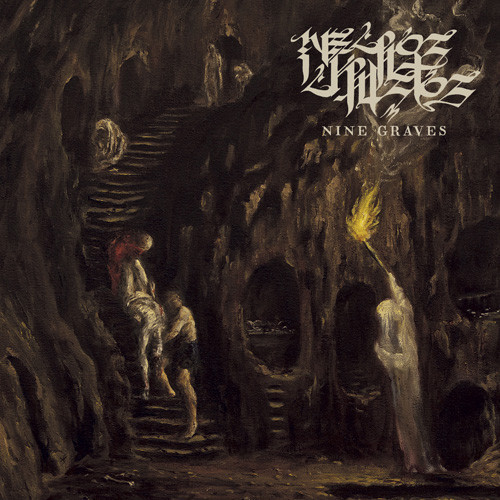 I was caught napping. In an April round-up of new music, I included just a snippet of a song from the then-forthcoming EP Nine Graves by Germany’s Necros Christos — a release I’ve really been looking forward to. And then about 15 minutes ago I noticed that Nine Graves is now out and available for order on CD from Sepulchral Voice Records and Ván Records.

What’s more, I noticed that the album’s cover art (above) had been released (I’m trying to determine who created it) — and after a bit more poking around I found a stream of the album’s title song in its entirety. 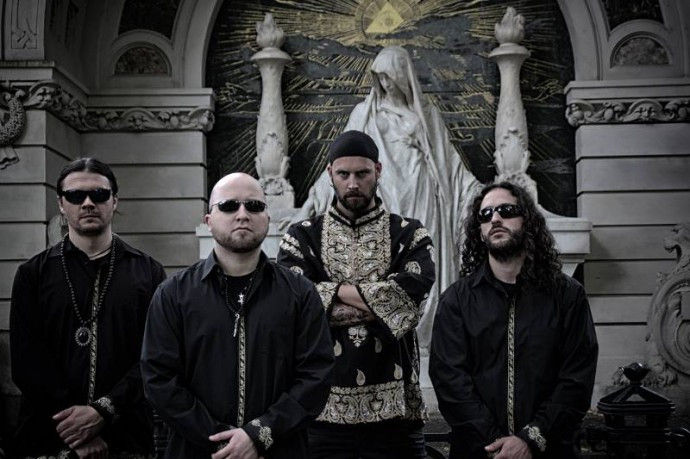 And below is the full stream of the title song. It rolls like a mighty death train on deep, grinding riff engines, percussive pistons hammering away and the infernal conductor growling the way-stations to hell in gravel-throated proclamations. The engine slows just past the mid-point in a doom-shrouded interlude with a guitar lead that sways and soars eerily, like drifting smoke. Listen: