I present this box of chocolates in alphabetical order. There will be another similar collection either later today or tomorrow. Tell me what you like. Leave comments!

Song: “Bloody Angel”
From: Hail the Apocalypse
Release info: May 13, 2014, via eOne
https://www.facebook.com/avatarmetal

I shouldn’t like this (a bit too much cheese and sugar content for my taste), but damn, that central riff is soooo catchy…

Song: “Oracles”
From: Neogenesis
Release info: The album was released in September 2013
https://www.facebook.com/diabolicalofficial

This is a new official video for the song, which premiered a few days ago. Dark melodic death metal dragging chains behind it.

Song: “Happiness Is A Smile”
From: It’s a single
Release info: apparently, this is only available as a 7″ or cassette on the band’s current US tour
https://www.facebook.com/dillingerescapeplan

Heavy and acidic, and hooky (official video below)

Blistering, swarming, hammering death metal and a cool playthrough video, too. There are ants in my pants and hornets around my head. That snare drum! 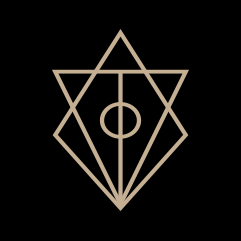 There will be a new In Flames album coming in September 2014. The name, announced yesterday, is Siren Charms. A snippet of music can be heard here.

Song: “Neath Rock and Stone”
From: Blossom
Release info: I don’t know the album release date; the song is a single now available on iTunes and Bandcamp.
http://nordvis.bandcamp.com/album/neath-rock-and-stone-single
https://www.facebook.com/lustresweden

Song: “Dear Slum Landlord”
From: No idea. This is a new song performed live at the Roadburn festival, with animation by Costin Chioreanu
Release info: I have no release info.
https://www.facebook.com/officialnapalmdeath

Song: This is just a teaser
From: Nine Graves (EP)
Release info: May 2014, through Sepulchral Voice and Ván Records
https://www.facebook.com/darknessdamnationdeath

Just a tease, but I’m very stoked for this new release.

Melodic death metal drenched in melancholy (you may think you’re in Finland) — but heads will also bang hard. Our own Andy Synn turns in a killer tripartite vocal performance on this, too.